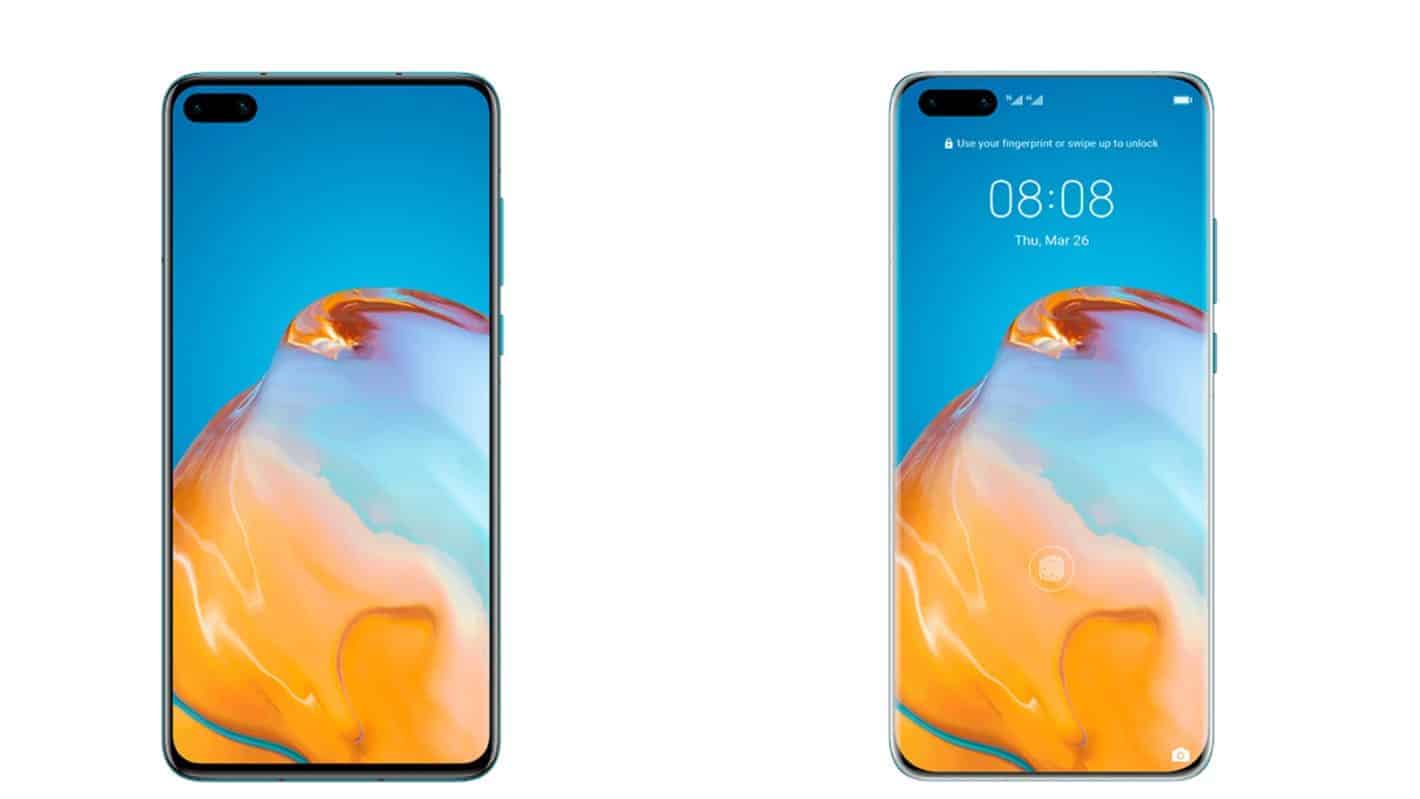 Evan Blass has just shared renders of the upcoming Huawei P40 and P40 Pro flagships. We're still not sure what will the screen sizes be on these two phones, so these renders may not be to scale.

The Huawei P40 is expected to be smaller than the P40 Pro, as is the case every year, but Huawei may surprise us. In any case, you can clearly see that both phones will include a pill-shaped display camera hole.

The Huawei P40's camera hole will be taller and narrower than the p40 Pro's. The P40 Pro may actually hide a ToF camera between those two camera sensors, even though it's not visible here.

A leaked teaser image suggested that either the P40 Pro or P40 Pro PE will include three cameras on the front, and chances are that both will. You will also easily notice that the P40 Pro has a flat display. The P40 Pro, on the other hand, has a curved panel.

The Huawei P40 Pro also has thinner bezels than its siblings. That goes for all bezels, basically, and it's easily noticeable on these two images. Both phones will offer rounded display corners, while corners on both of these phones will be rounded as well.

An in-display fingerprint scanner will be a part of both smartphones. Based on its position on the P40 Pro (shown in the provided image), this handset will be quite large. That icon is not shown on the P40, but it will include it, almost certainly.

Physical keys are placed on the right-hand side of both smartphones. The volume up and down buttons sit above the power / lock key.

We've already seen several renders of both the Huawei P40 and P40 Pro. So, we knew what to expect even before this leak appeared. Considering that the display is powered on here, though, you can get a clearer idea what the two phones will look like.

The Kirin 990 will fuel the entire Huawei P40 flagship series

The Huawei P40 Pro and P40 Pro PE will include a periscope camera on the back, while the P40 will not. All three devices will ship with Android 10, and Huawei's EMUI skin on top of it. Google services will not be included, though.

The Huawei P40 series will become official on March 26. Huawei was planning on hosting a press conference in Paris. Due to the Coronavirus pandemic, however, it will be an online-only event.