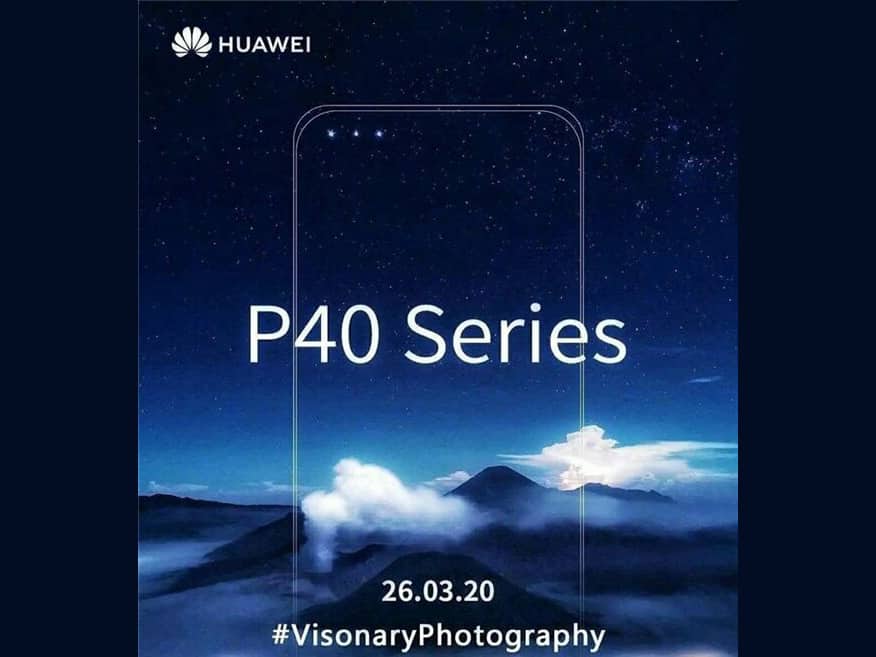 A new Huawei P40 series poster leaked, and this one suggests that we may see three selfie cameras. This poster has been leaked by Teme, a well-known tipster. He shared the image via his official Twitter page.

If you take a look at the image provided below this paragraph, you'll clearly see a teaser for three selfie cameras. There are three stars included in the top-left corner of this phone.

Over the phone, you'll notice the 'P40 Series' writing. Now, all three Huawei P40 phones leaked thus far, and only two cameras were shown on the front. Well, if this poster is to be believed, the third one may be thrown into the mix.

It is possible that the third camera is a ToF (Time-of-Flight) sensor, which is placed in-between the other two cameras. If that is the case, it's possible that it's not noticeable in the leaked renders.

Do note that this poster did not pop up on the company's website or social media channels, at least not yet. So take it with a grain of salt, though it is a possibility, that's for sure.

In this poster, the Huawei P40 series release date is also mentioned. We already knew that the three phones will arrive on March 26, as Huawei confirmed as much. This poster also mentions the 'VisionaryPhotography' hashtag, which is an official hashtag for the P40 series launch.

Now, if the P40 Pro PE ends up sporting three selfie cameras on top of that, it will end up utilizing eight cameras overall.

All three devices will be fueled by the same processor, the Kirin 990. Only the Huawei P40 will include a flat display, while the other two will sport curved panels.

The Huawei P40 Pro PE will be the most expensive variant of the P40 series. It will include a ceramic backplate, and it may even offer some spec advantages over the P40 Pro.

All three phones will ship with Android 10 and Huawei's EMUI skin. Do note that Google services will not be a part of the package, though. Huawei's HMS will come pre-installed instead.