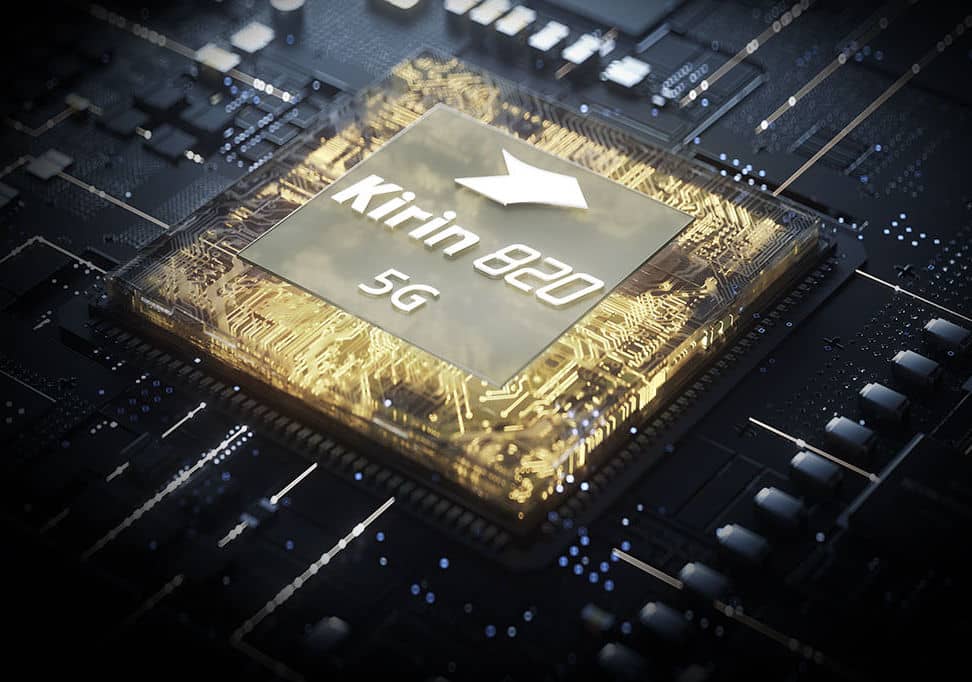 Back in December 2019, reports emerged that Huawei is working on a mid-range chipset with a built-in 5G modem. Now, during the HONOR 30S launch event in China, the company finally announced the new Kirin 820 5G SoC.

Huawei also has a flagship 5G mobile SoC in the works. The successor to Kirin 990 5G, the new chipset will reportedly be called Kirin 1020.

The successor to last year's Kirin 810, the Kirin 820 is aimed at mid-range 5G smartphones. It features an octa-core CPU and is based on a 7nm architecture, much like its predecessor. It also consists of four ARM Cortex A76 cores and four ARM Cortex A55 cores.

The new SoC has one Cortex A76 core clocked at 2.36GB, while the other three are clocked at 2.22GHz. The four power-efficient Cortex A55 cores are clocked at 1.84GHz. Huawei says this triple cluster arrangement results in up to 27-percent performance improvement over Kirin 810.

The all-new Kirin 820 5G SoC makes its debut on the HONOR 30S, the latest offering from the Huawei sub-brand. The handset was announced earlier this week.

The HONOR 30S comes with 8GB of RAM and will be available in 128GB and 256GB storage variants. It gets a 6.5-inch fullHD+ display, a side-mounted physical fingerprint sensor, a 4,000mAh battery with 40W fast charging, four rear cameras, and the Android 10-based Magic UI 3.1.1 software. 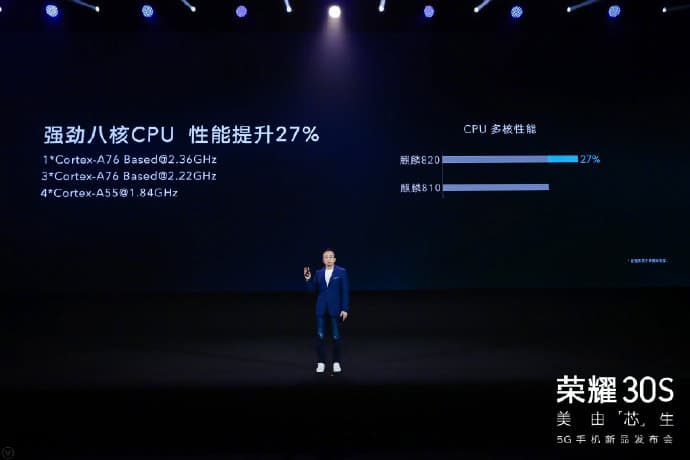