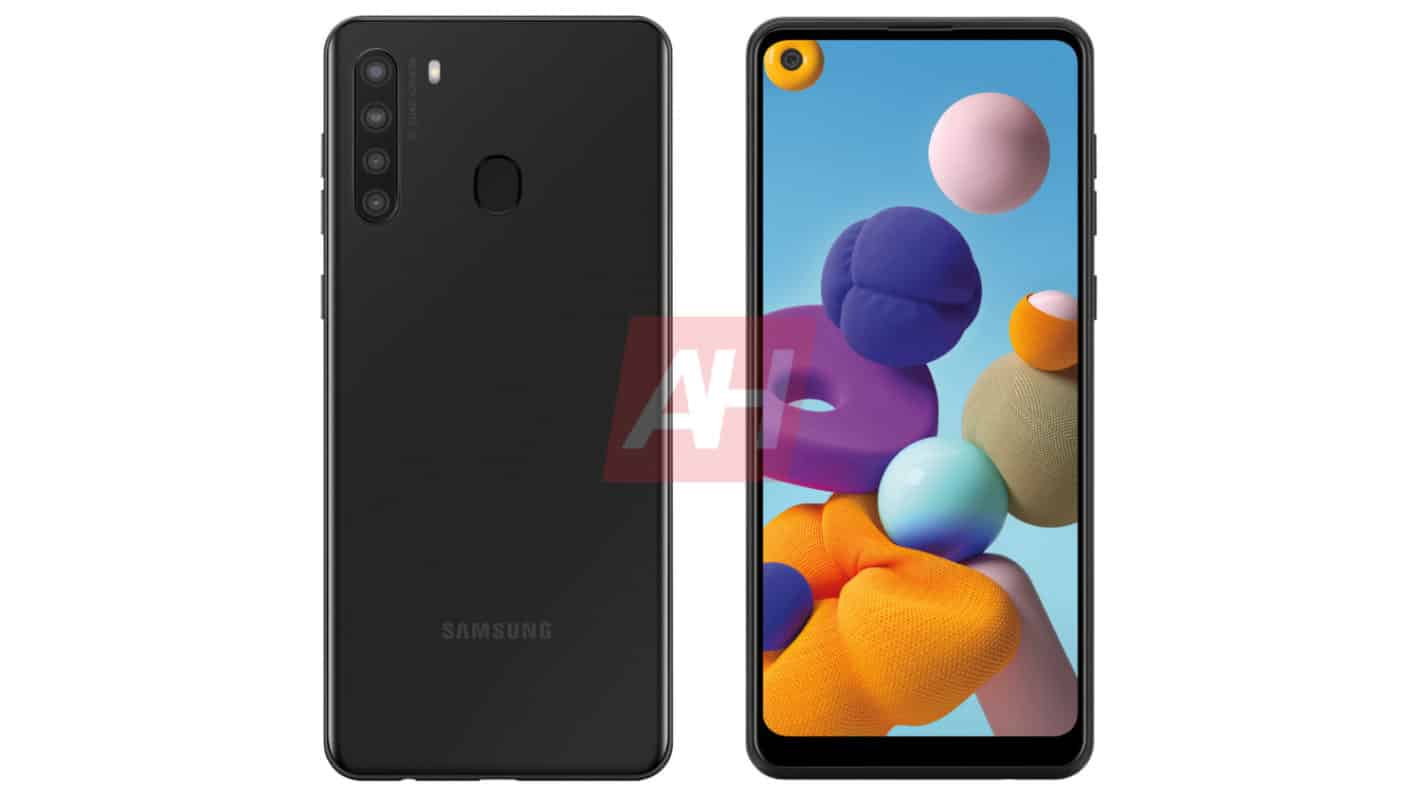 This is the Samsung Galaxy A21, which is going to be a budget to mid-range smartphone that will be launching in the US very soon.

It’ll be the successor to the very popular Galaxy A20. The Galaxy A20 was the seventh most sold smartphone in all of 2019, beating out many flagships. And the reason for that is, the value that the Galaxy A20 possessed. And now the Galaxy A21 looks to follow in those footsteps.

Galaxy A21 will sport four rear cameras, and a hole-punch display

The Galaxy A21 is going to be sporting an Infinity-O display, with the camera punch out on the left side of the screen this time. Compared to the Galaxy S10 series which had it on the right side. It’s somewhat small, but not quite as small as the one in the new Galaxy S20 series.

While we’re talking cameras, there will be four cameras on the backside. We don’t have specifics on these cameras yet, but expect them to be a wide/main, telephoto, ultra wide and likely a depth sensor. It is unlikely to be a Time of Flight sensors, and instead something like a 5-megapixel sensor. The ToF sensors are still mostly reserved for the premium or high-end smartphones right now.

Samsung also has a dual-LED flash on the right of the camera layout. But perhaps more importantly, the camera bump doesn’t look like it’s going to be a thick one. Like the Galaxy S20 Ultra. It looks pretty modest, actually.

Many of us will be excited about this, but we didn’t expect to see it in 2020. The Galaxy A21 is going to have a rear-mounted fingerprint sensor.

The reason why that is a big deal, is because it is going to be much faster than the under-display sensors found in newer, premium smartphones like the Galaxy S20 series. This is going to make locking and unlocking your phone a whole lot easier.

Another thing to note about the Galaxy A21 here is that there is a pretty large chin. That doesn’t mean that we are getting front-facing speakers though, it mostly means that Samsung is going with a lower-resolution, flat display. Which is pegged at HD+ resolution, but still AMOLED.

Other internals for the Galaxy A21 should include the Exynos 7904 chipset, 4GB of RAM and 64GB of storage – with a micro SD card slot of course. And that should be powered by a 4,000mAh capacity battery.

The Samsung Galaxy A21, and the recently leaked Galaxy A11 are both pegged to be coming to the US. And their launches are likely very soon. These are budget to mid-range smartphones, so expect them to be fairly inexpensive, and likely on prepaid carriers. Meaning that you’ll see them on MetroPCS, Cricket, and Boost Mobile in addition to the other major carriers.