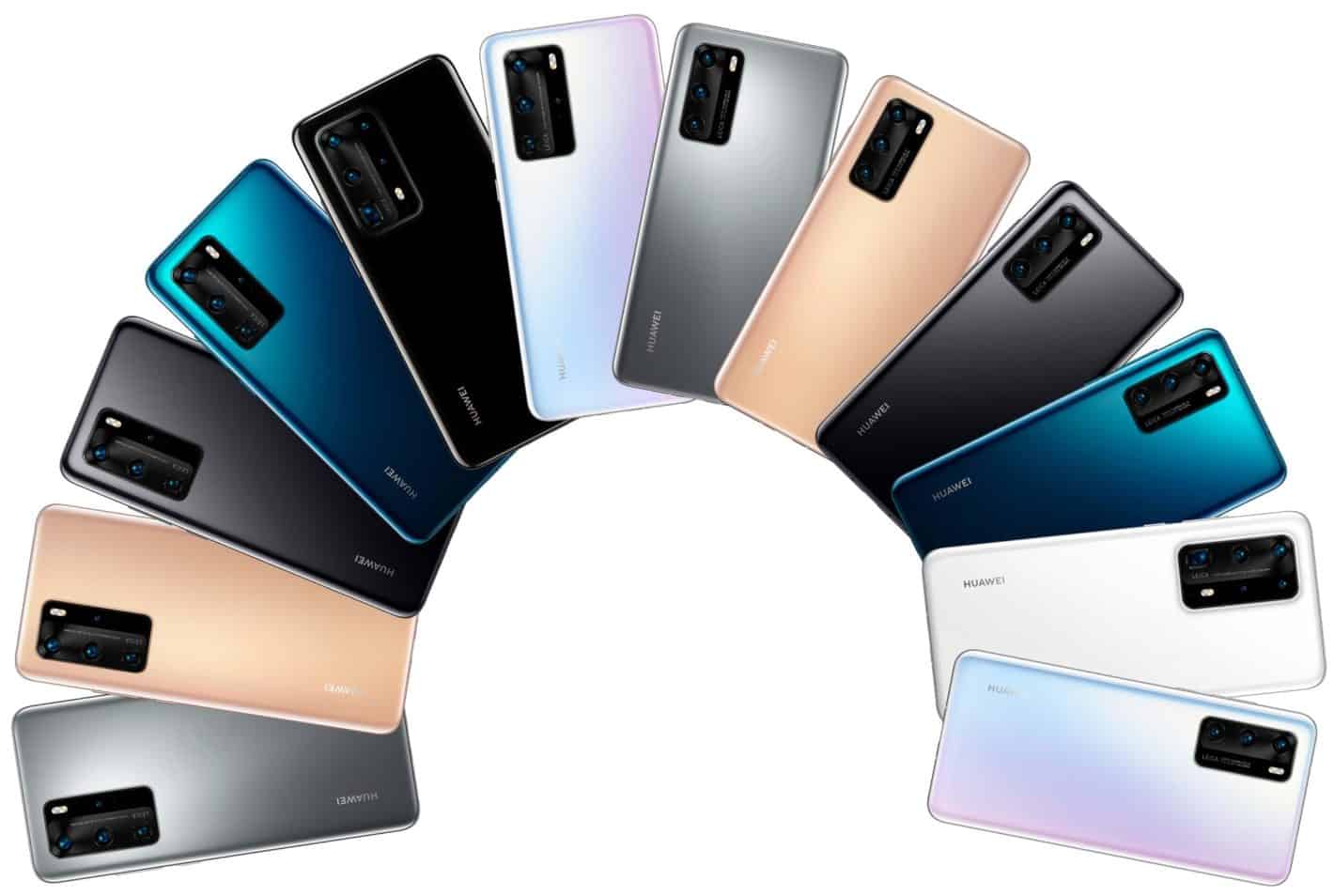 All Huawei P40, P40 Pro, and P40 Pro PE color variants have been leaked in a single picture. This image comes from Evan Blass, a well-known tipster.

The Huawei P40 flagship series is expected to launch on March 26, and this image shows what color variants will be available. At the same time, it also shows the back side of all those devices.

In this image, you'll see the Huawei P40, P40 Pro, and P40 Pro PE. The way to differentiate between the three devices is simple, just look at the number of cameras on the back.

The Huawei P40 Pro PE will be the most expensive variant of the P40, and it will include ceramic on its back. The other two smartphones will sport glass, of course.

As you can see, you'll be able to choose between quite a few colors here. Including gray, black, blue, white, orange, and some sort of light gradient color.

The Huawei P40 will be the only phone in the series to offer a flat display. All three devices are expected to sport multiple selfie cameras, and a pill-shaped display camera hole.

The Huawei P40 will include two, almost certainly, while the P40 Pro will sport two as well, most probably. The P40 Pro PE model may ship with three cameras on the front, though.

All three devices will be fueled by the Kirin 990 SoC

Android 10 will come pre-installed on all three devices, along with Huawei's EMUI skin. Do note that Google's services will not be a part of the package. Huawei's HMS package will come instead, along with the AppGallery.

You can expect Leica's lenses to be a part of the package yet again, on all three smartphones. The company will include plenty of RAM in these three devices, most probably LPDDR5 RAM.

In its teasers, Huawei is putting a huge emphasis on photography. That is not surprising, as the company has been doing that for years now when it comes to its flagship P series of smartphones. We have high hopes for the camera system on these devices, that's for sure.