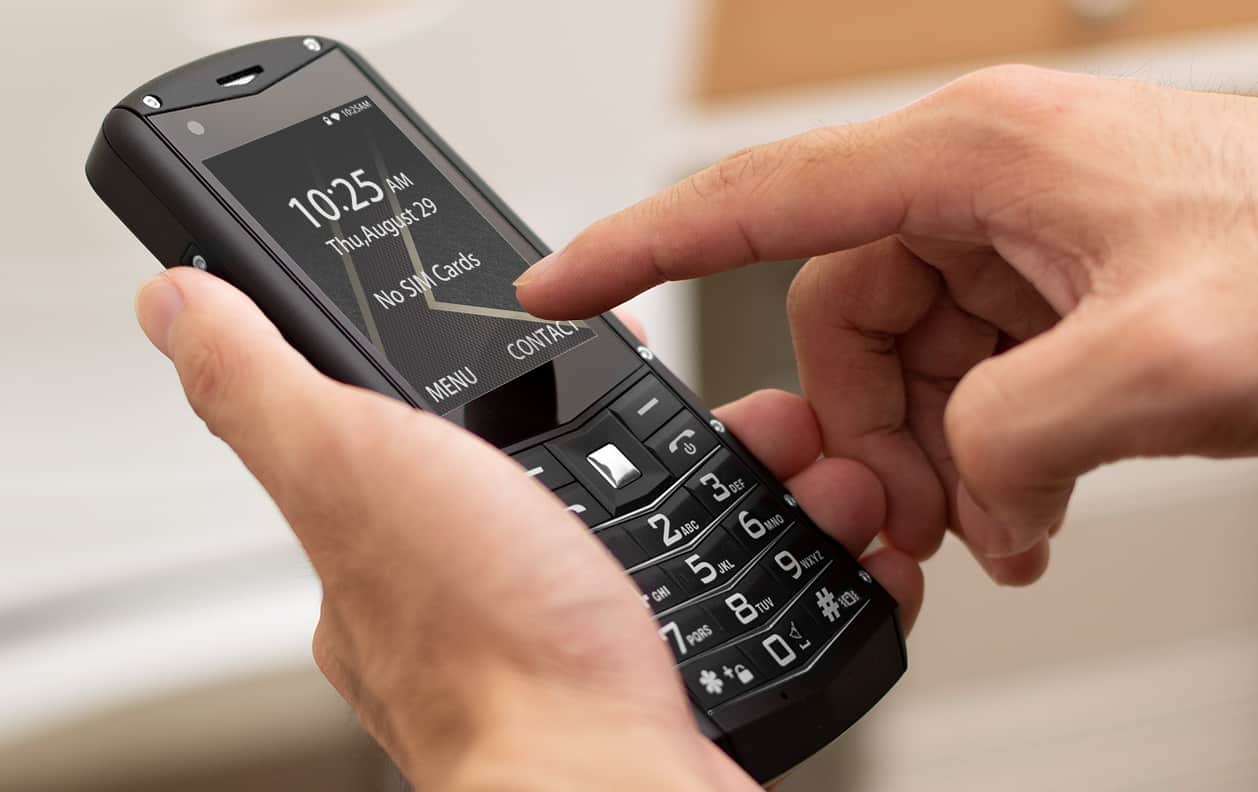 AGM has announced that its M5 rugged smartphone is now available to purchase. This is a budget handset that looks like a regular cellphone, but it comes with Android pre-installed.

The phone comes with a regular T9 physical keyboard, along with some extra buttons for answering the call, hanging up, confirming actions, and navigating the UI.

The AGM M5 is a smartphone that looks like a regular cellphone, and is now available to purchase

Do note that this phone does have a touch-sensitive display, despite the fact it doesn't look like that. We don't see phones like this often, that's for sure. The AGM M5 features a 2.8-inch 320 x 240 TFT display.

The phone is IP68 certified for water and dust resistance. That's not all, it also comes with MIL-STD-810G certification, which means it can handle some abuse as well.

The company says that this phone is aimed primarily for people who use gloves on a regular basis, and are not feeling comfortable using a phone with a touchscreen, even though this phone does have a touch screen, if you need it.

It's also great for people who don't want to use a phone with a touchscreen, and would like to rely more on physical buttons. The device also included two SIM card slots, and the company says that its software is really light. That is to be expected, as it runs Android Go.

It has a removable battery, and supports 4G LTE connectivity

A 2,500mAh battery is included in the package, and it is removable. The Snapdragon 210 quad-core SoC fuels this device, while you'll also be getting 8GB of internal storage. The phone is equipped with 1GB of RAM, by the way.

The AGM M5 supports 4G LTE connectivity, while WhatsApp, Skype, and Facebook actually come pre-installed. AGM also says that all those apps have been simplified for this display size.

AN FM Radio is a part of the package as well, and so is a Type-C USB port, which is included on the side. A high lumen LED torch is included at the top of the device.

This phone does include a camera on the back, it seems, but we don't know what camera is that exactly. AGM did not share such information with us.

This smartphone is quite compact. It measures 155 x 63.4 x 16.4mm, and weighs 180 grams. So it's quite hefty for its size, but considerably lighter than today's flagships.

The company says that the AGM M5 will be available to purchase on agmmobile.co.uk, and "other online shops", in case you're interested. The company also noted that the AGM A10 and a 5G flagship X5 smartphones are coming this year.