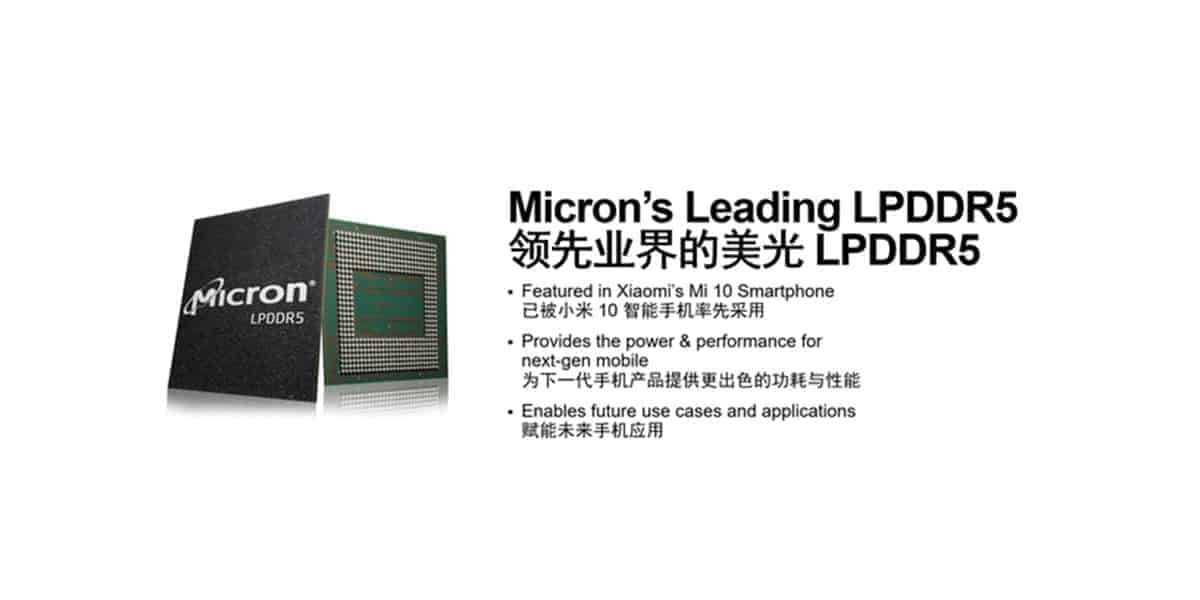 Xiaomi has just confirmed that the Mi 10 will include LPDDR5 RAM from both Samsung and Micron, depending on the unit.

This confirmation comes from the company’s Vice President, Lu Weibing. Dual-sourcing and multi-sourcing of components is a rather normal practice in this business.

Xiaomi will need plenty of RAM for its devices, so if one side is unable to provide enough units, companies turn to someone else. That is usually the main reason, but not the only one.

Both Xiaomi Mi 10 flagships will include LPDDR5 RAM

Whatever the case may be, both the Xiaomi Mi 10 and Mi 10 Pro will include LPDDR5 RAM, no matter from whom it’s from. We’re guessing that Xiaomi will also include UFS 3.0 storage in its upcoming flagships.

Now, to give you some more info regarding that RAM. Micron’s LPDDR5 RAM uses advanced packing tech, thanks to that, it crams 12GB of RAM on a single die. Such RAM boasts transmission rates up to 6.4 Gbps.

What does that mean? Well, that means that it’s almost twice as far as LPDDR4 RAM, and 20-percent faster than LPDDR4X which has been used for a while now. It also features a 50-percent improvement in data access speeds.

Xiaomi’s CEO, Lei Jun, confirmed that the Xiaomi Mi 10 will be the first device to feature this new LPDDR5 module. At first, the company was planning to include such RAM on the ‘Pro’ model only, but considering the boost it offers, it’s going on both Mi 10 flagships.

8GB and 12GB RAM options will be available from Micron in the first half of this year. This leads us to believe that the Mi 10 series will not offer more than 12GB of RAM. A 16GB RAM option may become available later this year, though.

The Xiaomi Mi 10 and Mi 10 Pro are expected to be made out of metal and glass. The two phones will include a display camera hole in the top-left corner, if the leaks are to be believed.

Both phones will be fueled by the Snapdragon 865, while the ‘Pro’ variant may offer more RAM, and faster charging, amongst other things. These two phones are expected to become official during MWC 2020, or maybe even sooner.