The Xiaomi Mi 10 global launch has just been postponed. The company has released an official statement on Twitter, saying that the launch will not take place on February 23.

Well, GSMA has canceled this year’s Mobile World Congress (MWC) yesterday. The reason behind it is Coronavirus, essentially. Many A-list companies withdrew from MWC 2020 due to Coronavirus threat, and GSMA had no other choice, more or less.

Considering that MWC 2020 was supposed to start in less than two weeks, that put quite a few companies and their employees in a rather messy position. Pretty much every company and employee that was supposed to be there already booked a flight, and accommodations.

In any case, Xiaomi says that it will arrange a “separate launch event in Europe at a later date”. The company promised to keep its fans posted on this, as it’s working out the details.

Now, the Xiaomi Mi 10 and Mi 10 Pro will get announced during that event. The thing is, Xiaomi already announced both phones in China, earlier today. So, we know exactly what to expect out of those two phones.

During the global launch, Xiaomi is planning to present those phones to the world, as the China launch was focused on the Chinese market only. Still, if you’d like to know more about that, check out our Xiaomi MI 10 announcement.

It is quite obvious why Xiaomi is canceling this event. This launch was supposed to happen as part of MWC 2020, as Xiaomi would be able to show off both phones during the tradeshow. The company was probably planning to announce some additional hardware as well.

It remains to be seen when will the two phones get presented to the world, but we’ll keep you posted. There’s a lot to look forward to when it comes to the Mi 10, and Mi 10 Pro.

These two handsets look really sleek, and are quite powerful under the hood. Both have curved displays, extremely thin bezels, and a display camera hole. A 108-megapixel camera sits on the back of both phones, while 90Hz displays are also included.

On top of all that, Xiaomi included LPDDR5 RAM in both phones, and UFS 3.0 storage. The latest and most advanced currently available. The Xiaomi Mi 10 Pro supports 50W fast wired charging, and 30W fast wireless charging.

These are only some tidbits, there’s a lot more to talk about when it comes to these two phones. If you’d like to know more about their specifications, click here. 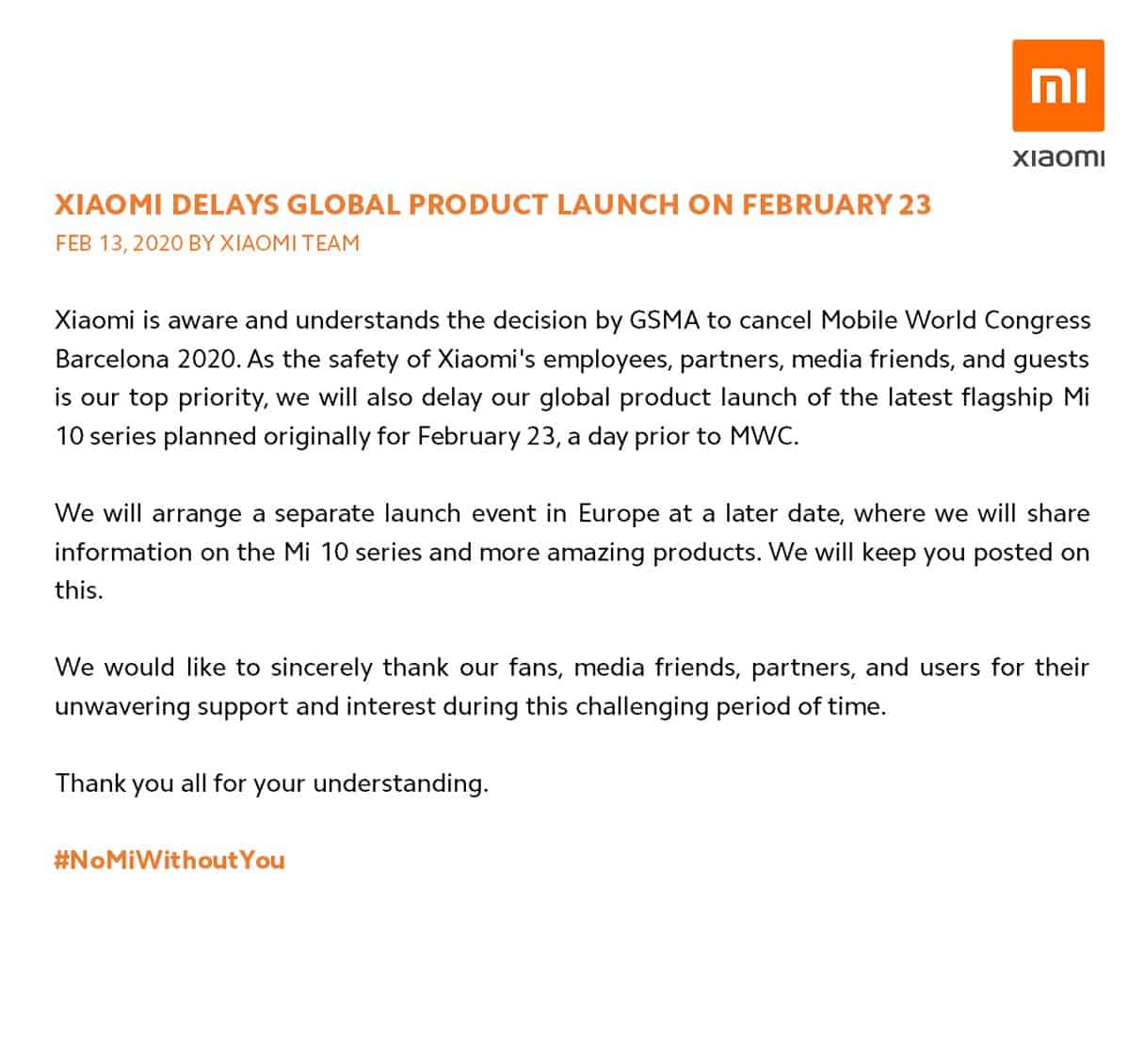