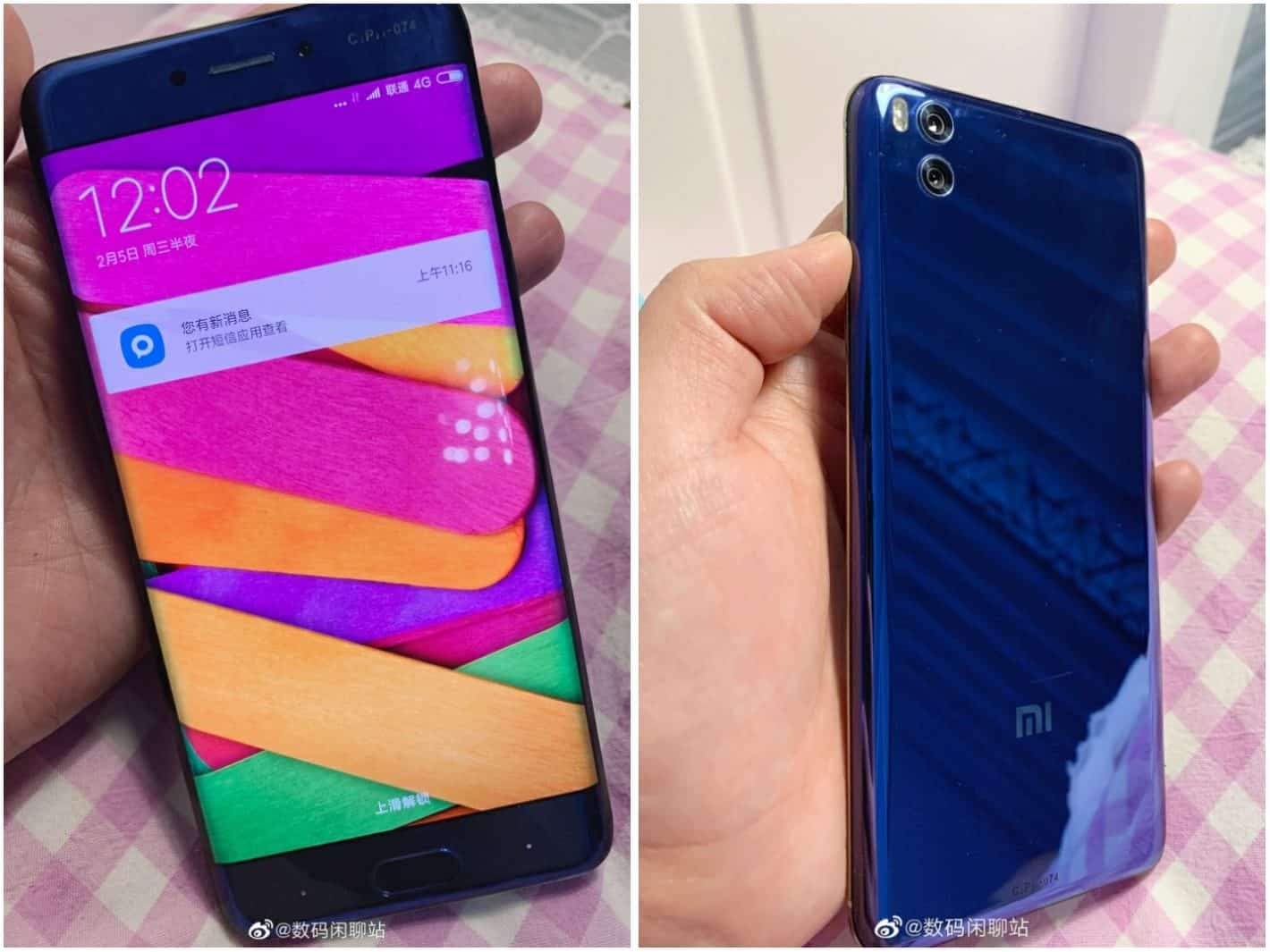 The unreleased Xiaomi Mi 6 Pro has just surfaced in China. If you take a look at the gallery below this article, you’ll be able to see four real-life images of the device. On top of that, the phone is shown in a hands-on video, check it out by clicking here.

These images have been shared by a well-known Chinese tipster via his ‘Digital Chat Station’ Weibo account. This phone was expected to launch back in 2017, but that did not happen.

We don’t know where did the source get this content, but there you go. He notes that the phone was supposed to include the Snapdragon 835 processor.

As you can see, the phone is made out of metal and glass. It has a curved display, it seems, and quite a bit of bezel above and below the display. That was not that odd back in 2017, though.

The phone’s fingerprint scanner sits below the display, and is flanked by two capacitive keys. Two vertically-aligned cameras are visible on the back, in the top-left corner.

Next to those two cameras, you’ll notice a dual-LED flash. The company’s logo sits on the back of the phone as well, while the back side of the device is curved.

Interestingly enough, it seems like this phone has a physical button at the top, at least it seems like it based on one of the provided images.

The Xiaomi Mi 6 was announced in April 2017, with the Snapdragon 835 SoC. This phone was probably supposed to arrive alongside that handset, but with a curved display.

The Xiaomi MI 6 arrived with a 5.15-inch display, and the Pro’s display is probably a bit bigger. The regular model was available in 4GB and 6GB RAM variants, while the ‘Pro’ variant would probably include at least 6GB.

We’re only guessing here, of course. It would be nice if the source released some spec info for reference, of course.

It has been almost three years since this phone was supposed to launch. Still, it’s nice to take a look at one of the unreleased devices from the past, and see what could have been. As a side note, the Xiaomi Mi 10 and Mi 10 Pro will become official later this month, stay tuned.