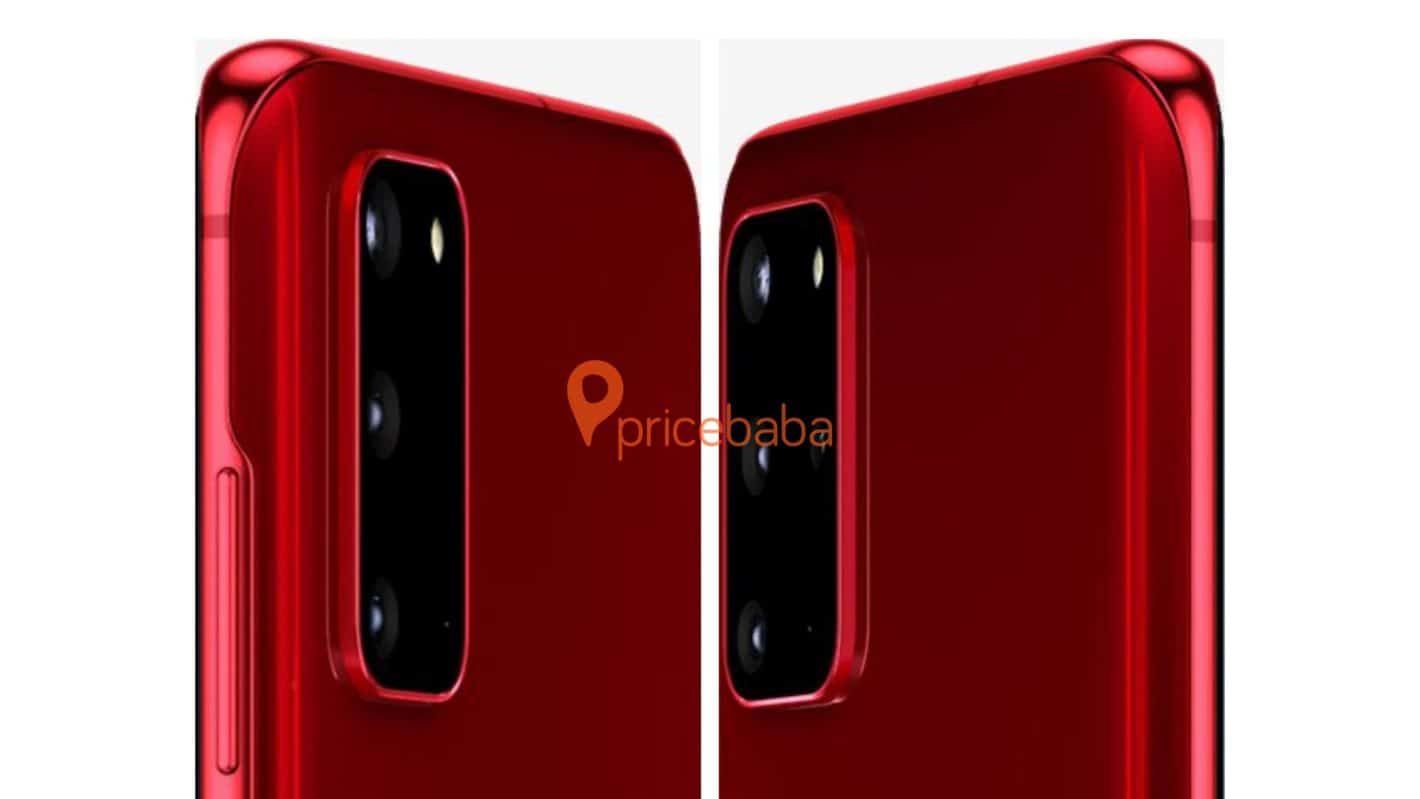 Samsung had introduced its flagship smartphones a couple of days ago. The company announced the Galaxy S20, S20+, and S20 Ultra, but neither of those phones arrived in a red variant.

Well, Pricebaba has just published red variants of the Galaxy S20 and S20+ for us to check out. The source claims that these have been considered by Samsung, but the company opted not to announce them, at least not yet.

Samsung announced quite a few color variants of the Galaxy S20 & S20+, but not red options

The source claims that these are official renders of the Galaxy S20 and S20+ in a red variant. The renders have been acquired through industry sources, says the source.

As you can see, these two phones offer kind of a glossy finish. Both devices are predominantly red. The only portions of them that are not red are the rear camera module, and the display.

It is still possible that Samsung may opt to announce these two variants at some point. It's not exactly a secret that the company likes to add new colors to their flagship lineups months after they arrive. That way, the company keeps those phones fresh, in a way.

On the flip side, it's possible that Samsung will opt for a different color entirely. We'll just have to wait and see what happens.

The 'Ultra' model is the most powerful handset in the lineup

Needless to say, the Galaxy S20 Ultra is the most powerful handset in this lineup. That device is both larger, heavier, and more powerful than the other two phones. It's not much more powerful, though.

The Galaxy S20 and S20+ are fueled by the same processor as the Galaxy S20 Ultra, while they come with the exact same display, but smaller. The two devices also pack as much RAM as the S20 Ultra, at least its base model.

The Galaxy S20 and S20+ have smaller rear camera modules. That's because neither of them includes that huge 108-megapixel camera sensor on the back, nor a periscope camera.

Based on initial camera samples of the two phones, they are quite capable in the camera department. The two phones can compete with the S20 Ultra in many ways.