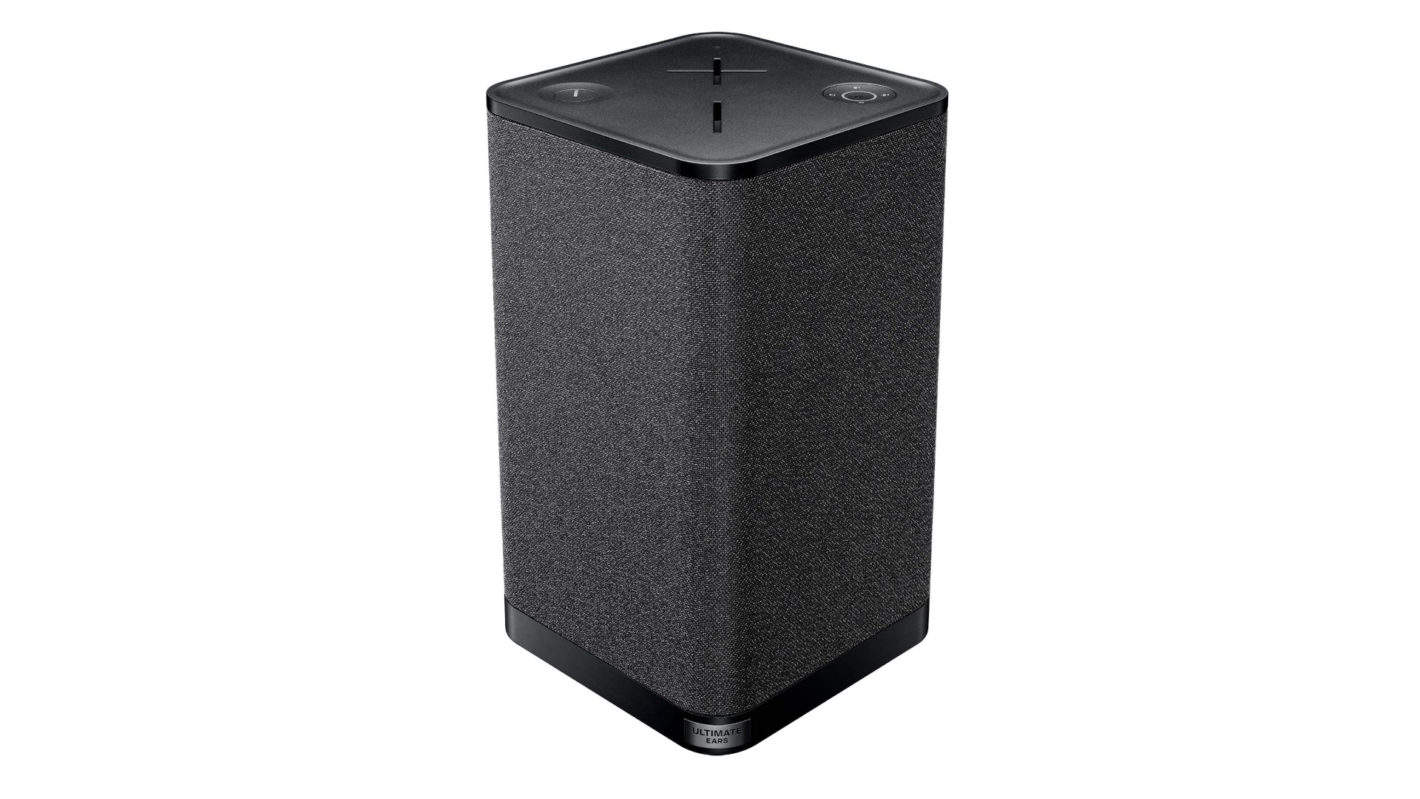 If you have or frequent big parties that have been lacking in the sound department when it comes to the music, enter the HYPERBOOM "Party Speaker" from Ultimate Ears.

This new, massive Bluetooth speaker was designed to be the perfect solution for larger parties. Ultimate Ears makes good speakers, but everything else it puts out is designed more for either single-use, portability, small groups, or all three.

With the HYPERBOOM, Ultimate Ears is setting out to tackle big groups. The large rectangular-shaped speaker measures about 14-inches tall and 7-inches wide. So it's not gigantic when compared to studio-quality floor speakers.

It is however larger than anything Ultimate Ears has ever made. It also carries some of the same features as the rest of the lineup. Such as the ability to connect to other BOOM speakers.

The HYPERBOOM speaker is at the center of the party

While the HYPERBOOM might be just fine on its own for a larger group, it can still connect to other BOOM speakers.

This has been a trait for the speakers that Ultimate Ears creates for quite a while now. And it allows the user to create an even more high-quality audio experience. It also stands to reason that if you're looking at speakers for large parties, that the party will be held in a larger place.

This ability to connect to other BOOM speakers can ensure that no nook or cranny is without sound. It's also spill and splash proof, which means it's safe from the inevitable spilled drink.

As far as battery life goes most Bluetooth speakers are pretty generous. Ultimate Ears is really kicking things up a notch with the HYPERBOOM though.

It promises the speaker will offer a 24-hour continuous battery life so that you can keep the party going without the risk of the music dying. At least until you manually shut it off on your own.

Of course this is up to 24 hours of battery life, and that's sure to change from time to time depending on the user and what's being used on the speaker. If you're constantly fiddling with the buttons and features like the customizable EQ, chances are it won't last as long as if you turn it on and simply leave it alone.

It comes with a service USB charge out port too letting you charge your connected phone. So naturally this would drain the speaker battery faster as well.

While the speaker is Bluetooth, it can also be plugged in. And on the back you'll find multiple input types to support home audio. This includes an auxiliary input, an optical input, and a power port for plugging it directly into the wall.

Ultimate Ears is launching the HYPERBOOM on March 2 for $399, but you can already pre-order it on Amazon.