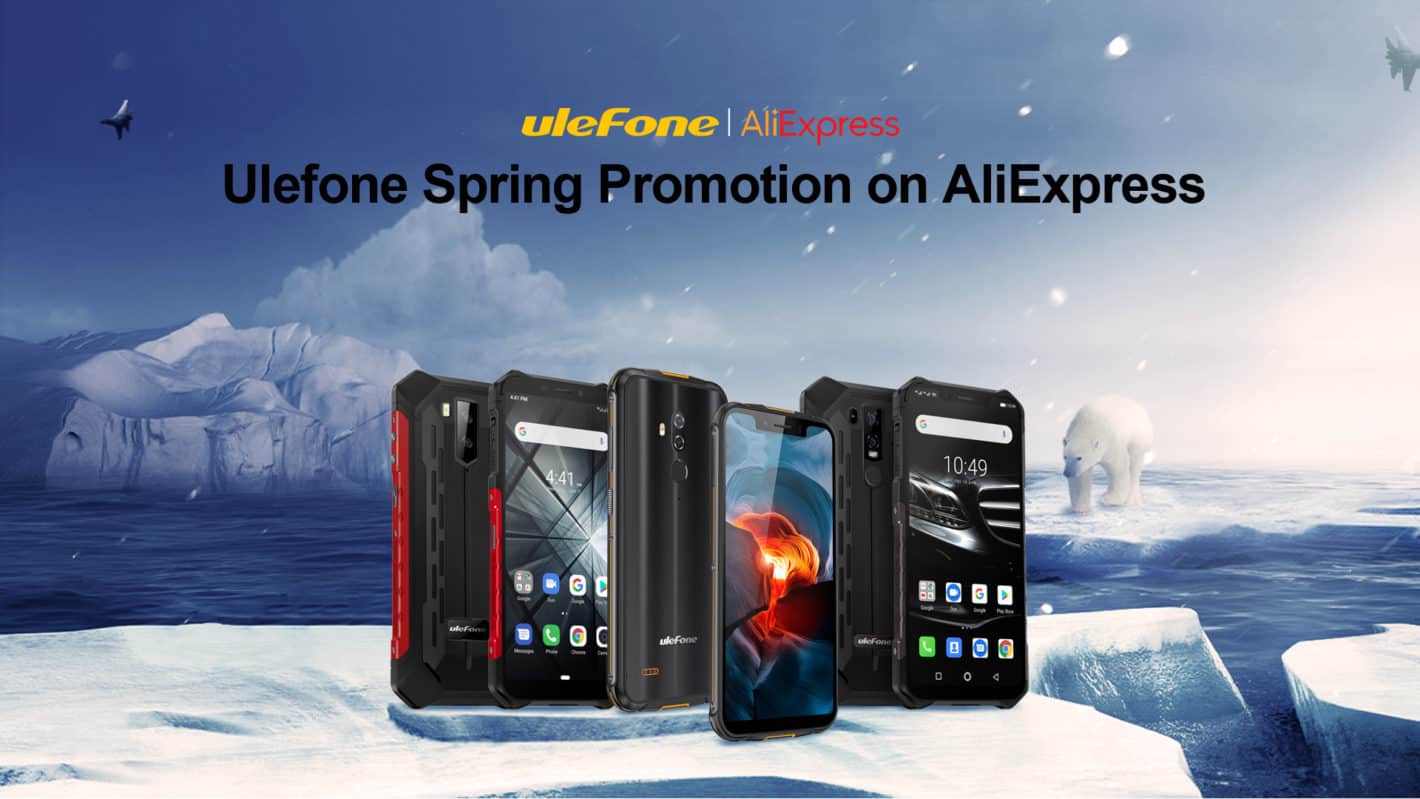 Ulefone has just launched its 'Spring Promotion' on AliExpress. As part of this promotion, the company has discounted quite a few of its smartphones.

'Sprint Promotion' starts today, and Ulefone says it will last until February 24

'Sprint Promotion' starts today, February 21, and it will last until February 24, says Ulefone. Several Armor-branded smartphones are discounted as part of this promotion, as Ulefone sees them as ideal companions for Spring activities.

Well, Spring is not yet here, but it's right around the corner. All of the company's Armor-branded phones are rugged devices, so the company's words make sense.

The focus is on Armor-branded phones here, but those are not the only devices that are discounted. The Note 7P is also on sale, and the same goes for the Note 7, Power 6, and so on. Some of these devices are discounted directly via the company's website, though.

Ulefone has decided to put the focus on three Armor phones, this time around. The Ulefone Armor 5S, 6E, and X33.

The Ulefone Armor 5S is now priced at only $149.99. That price tag will go away on February 22, though. This handset is fueled by the Helio P23 SoC, and it comes with 4GB of RAM.

The device includes a 5,000mAh battery, and 10W wireless charging. You'll also get 64GB of storage here, and a 5.85-inch display is included on the front. A fingerprint scanner is also a part of the package, as is an NFC chip. If you're interested in this phone, hit the link down below.

The Armor 6E, on the other hand, ships with the Helio P70 64-bit octa-core processor. The phone includes 4GB of RAM and 64GB of storage, along with a 5,000mAh battery.

The phone features a 6.2-inch fullHD+ display, with a notch, and 16+2-megapixel cameras on the back. An 8-megapixel camera is placed on the front side of this phone, and this device also supports 10W wireless charging. This handset can be yours for $184.99.

The Armor X3 is an extremely affordable device. The phone costs only $74.99, and it will be available for this price tag from February 23 to February 24 on AliExpress.

This handset includes a 5,000mAh battery, 2GB of RAM and 32GB of storage. It also comes with a 5.5-inch display, and an 8-megapixel camera on the back. This phone is limited to 3G connectivity.

If you'd like to know more about Ulefone's smartphones, or would like to check what else is on sale from the company, hit the link provided down below.