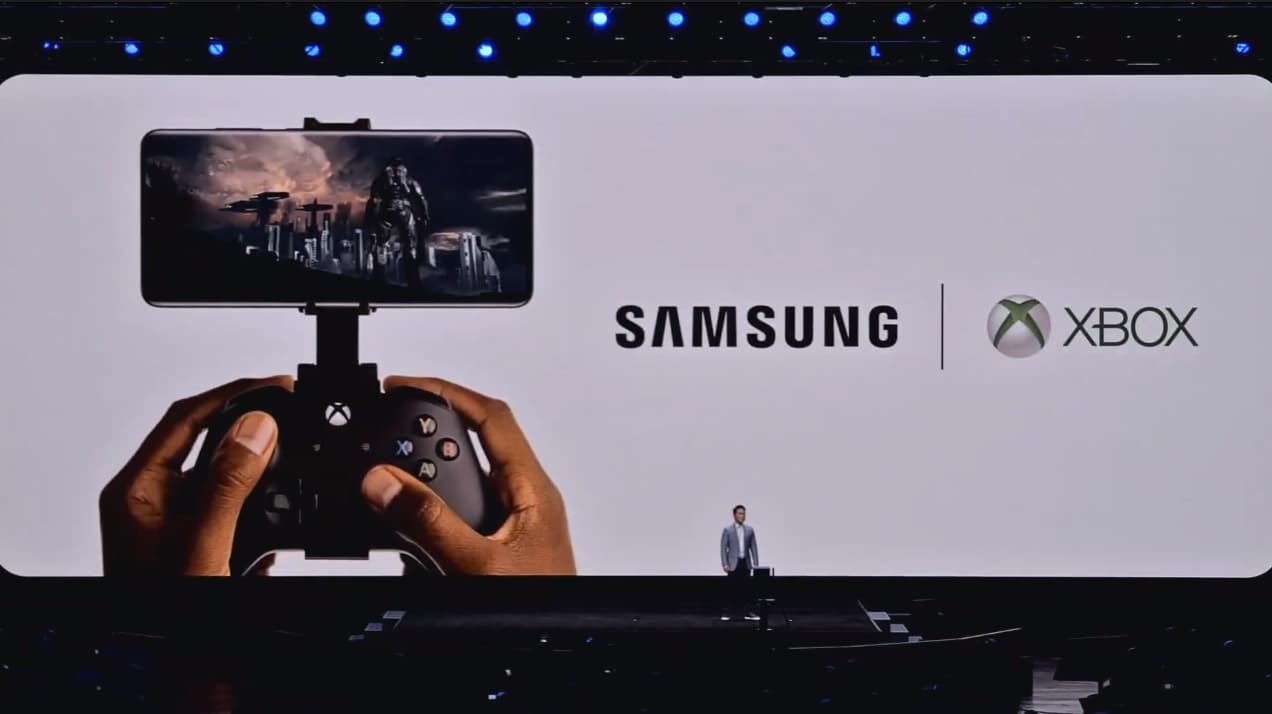 During the Samsung Galaxy Unpacked 2020 event this morning, the company revealed that its partnership with Microsoft and Xbox includes working together on cloud gaming.

Other than the fact that the two are working together, Samsung didn’t have much else to say about the details. It did however show off a brief image with an Xbox One controller and mount grasping a new Galaxy S20 series device.

It also noted that there would be more details about this particular segment of the partnership in the near future.

No immediate information was given on the deal so far. However, based on the image that Samsung shared during Unpacked it looks like Samsung is a partner for xCloud.

On stage at the event, Samsung showed off a picture of one of the Galaxy S20 devices clamped in an Xbox One controller mount.

This should make it pretty evident that Samsung is a partner for xCloud. Working with Microsoft on bringing the service closer to a finished product.

Microsoft already offers access to xCloud in a closed beta status, with over 50 games ready to play. It’s also available via a wide array of different Android phones. Having Samsung as a partner also means that Microsoft is probably equipped to get xCloud ready for the general public sooner rather than later.

This partnership was rumored last year

This isn’t the first we’ve heard of Microsoft’s partnership with Samsung. Back just before the launch of the Galaxy Note 10 we were told by a source familiar with plans that the two companies were working together.

All the information we were given pointed to the possibility of downloadable Xbox games like Forza Street making their way to Galaxy devices. Perhaps as a timed exclusive.

We were also told that Microsoft was working with Samsung on streaming games. Such as what you can play in xCloud. Though at the time there were no specifics given.

The impression was that all of this would be coming with the Galaxy Note 10. But, Samsung announced no such partnership at the time. Fast forward to today and now everything is taking shape.