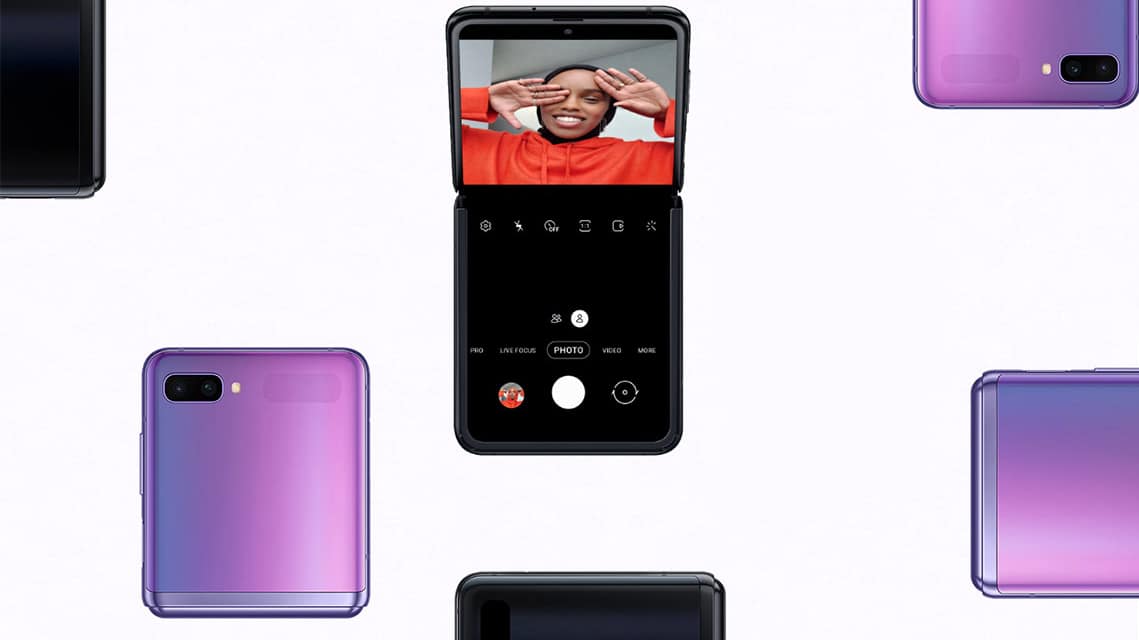 In addition to presenting the Galaxy S20 series of smartphones, Samsung had also announced its second foldable handset, the Galaxy Z Flip. We’ve already covered that launch in a separate post, and now it’s time to take a look at the Galaxy Z Flip specifications.

The Galaxy Z Flip is not as powerful as the Galaxy S20 smartphones, nor is it meant to be. Still, this phone has rather powerful internals. Before we get to it, however, let’s just say that the phone is made out of metal and glass, and that it folds vertically.

The Galaxy Z Flip has rather powerful specs, though not as powerful as the Galaxy S20

Now, in terms of the Galaxy Z Flip specifications. The device features a 6.7-inch fullHD+ (2636 x 1080) flexible, Infinity-O Dynamic AMOLED display. This is the phone’s main display, but it has a secondary ‘Focus Display’ on the outside.

That secondary display measures only 1.1 inches in diagonal, and it offers a resolution of 300 x 112. That is a Super AMOLED panel, by the way, and it is protected by a sheet of Gorilla Glass 6.

The Galaxy Z Flip packs in 8GB of RAM, and 256GB of UFS 3.0 flash storage. Do note that you cannot expand this phone’s storage, as a microSD card slot is not included in the package.

The phone offers two cameras on the back

On the back of the phone, you’ll be able to find two horizontally-aligned cameras. We’re looking at two 12-megapixel cameras, by the way. The phone’s main camera comes with an f/1.8 aperture lens, and a 78-degree angle view.

The other 12-megapixel camera comes with an f/2.2 aperture lens, and a 123-degree angle view (ultrawide). The phone’s cameras offer OIS (Optical Image Stabilization), by the way.

A single 10-megapixel camera can be found on the front side of the phone. That camera comes with an f/2.4 aperture lens, and an 80-degree view angle.

Bluetooth 5.0 is included in the package as well, as are stereo speakers, which are tuned by AKG. The Galaxy Z Flip also comes with WiFi 6 (2.4GHz + 5GHz), and an NFC chip. The phone does not support 5G, but it does support 1 Gbps 4G LTE. A Type-C port is placed on the bottom of the device, along with the phone’s main speaker.

The device does support facial scanning, but only through its front-facing camera. The Galaxy Z Flip ships with Android 10, and Samsung’s One UI 2 skin on top of it.