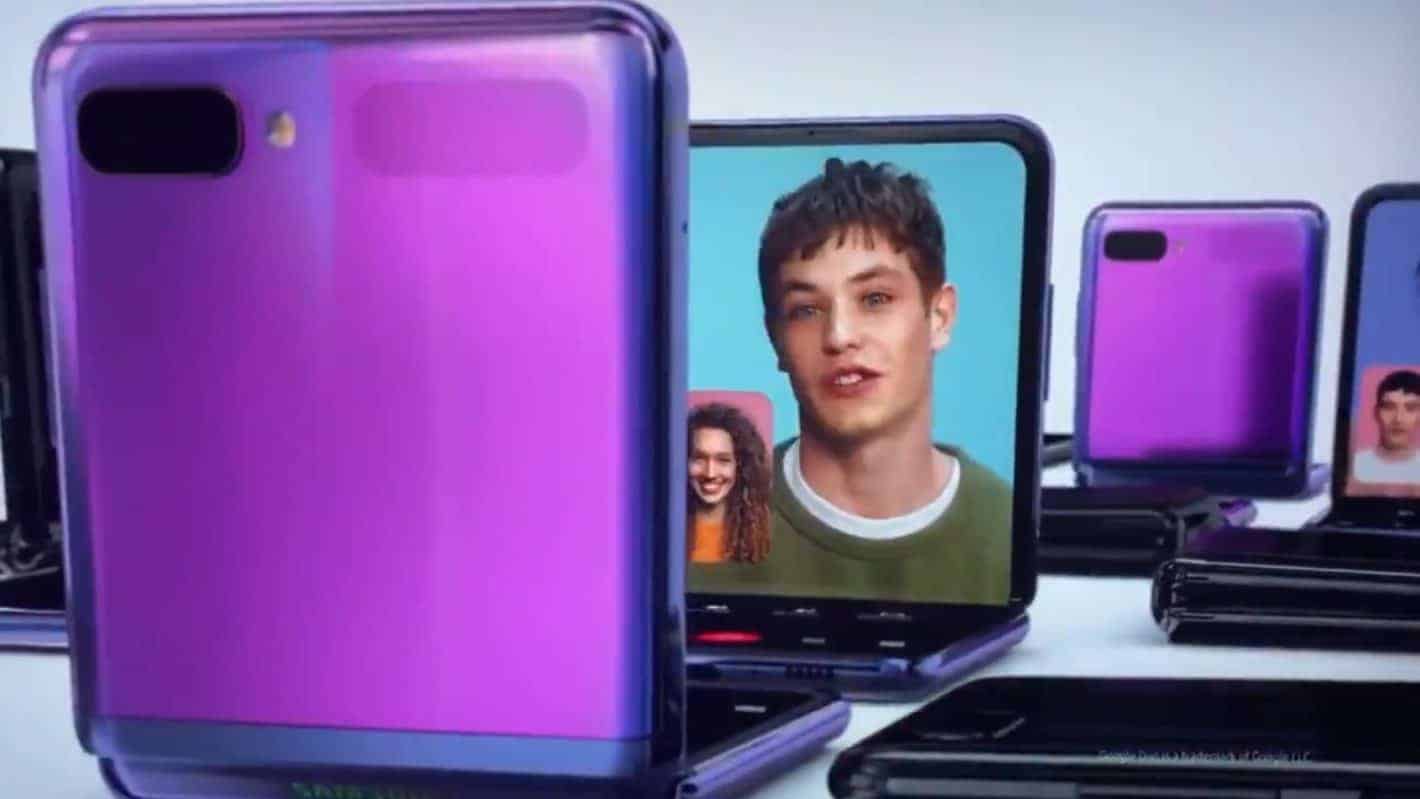 Samsung has managed to surprise pretty much everyone, as the company just showed off the Galaxy Z Flip in an Oscars ad (courtesy of Nilay Patel). Samsung never reveals a phone in this manner before it gets officially announced, at least not when it comes to its prime offerings.

The Galaxy Z Flip is definitely a high-profile phone for the company. This will become Samsung’s second foldable smartphone, and the first clamshell foldable device.

This Galaxy Z Flip Oscars ad is quite revealing, actually, which is even weirder. It would not be as weird if the company rolled out a teaser of some sort, but this is a full-fledged ad.

This ad has a duration of about half a minute, and you can clearly see the device, and its UI. Two color variants of the phone are shown here, while you can see its outer ‘Focus Display’ in action as well.

You’ll notice both Black and Purple color variants in this ad, while the ad shows the phone both folded and unfolded. You will also notice that it has thin bezels, and a display camera hole.

In this particular instance, that outer ‘Focus Display’ activated for an incoming call. It shows the person who’s calling, while it also offers you an option whether to accept or decline that call. That suggests that the ‘Focus Display’ is touch-sensitive, you’ll be able to interact with it.

That display is extremely small, though, so don’t expect miracles. The phone’s hinge is also clearly visible, as are its horizontally-aligned cameras on the back.

This ad pretty much confirms the leaks we’ve seen. This phone has been leaking like crazy in the last couple of weeks, as we’ve seen it leak in both renders, and real-life images… even a hands-on video surfaced.

The device will become official on February 11

At the end of this ad, Samsung shares the launch date of the device. As we presumed already, the Galaxy Z Flip will become official alongside the Galaxy S20 on February 11. The company will host that even in San Francisco.

The Galaxy Z Flip will be made out of metal and glass, in case you were wondering. It will include a side-facing fingerprint scanner, and will be fueled by the Snapdragon 855+.

The device will sport 8GB of RAM and 256GB of internal storage. You can expect to see UFS 3.0 flash storage being included in this phone. Android 10 will come pre-installed on the device, along with Samsung’s custom UI.

The Galaxy Z Flip will offer powerful internals, but the Galaxy Fold 2 is expected to become the company’s flagship foldable later this year. The device is rumored to arrive in H1, but we’ll see if that will happen.