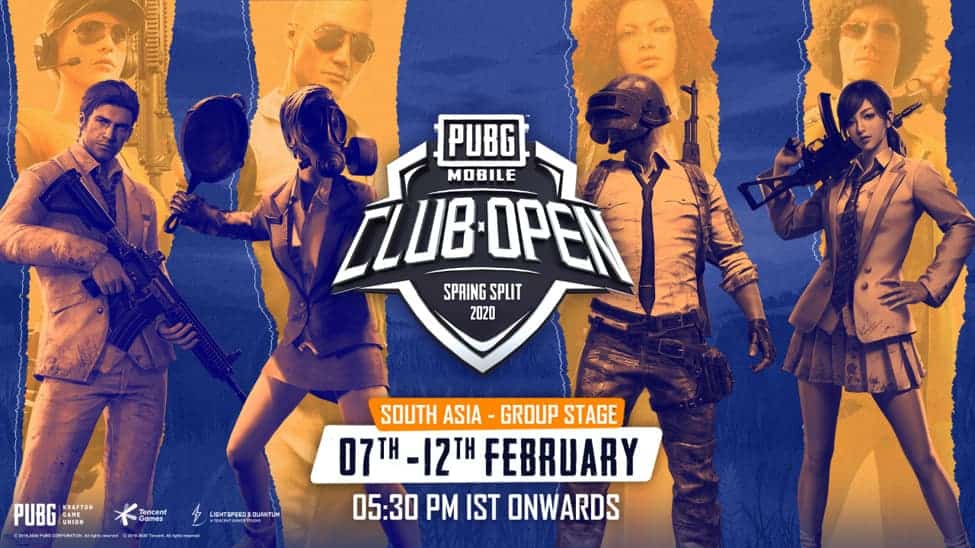 The PUBG MOBILE Club Open 2020 Spring Split starts today. If you're into Esports and enjoy this particular game, don't miss out on the first round of matches that will lead to the finals.

This is the first official round of the Spring Split. Prior to this though PUBG Corp. and Tencent held the qualifiers.

A whopping 42,000 teams from around the globe were narrowed down to a much smaller number. All of those teams registered to compete in the online qualifiers, but only a handful of teams made it to the official first round.

Out of the 42,000 teams that competed in the online qualifiers, there are now just 32 teams. There are teams for numerous different regions, including North America, Europe and more.

The Spring Split will begin with the teams from India and South Asia. Matches between those teams start on February 7 and will continue until February 12. Which is next Wednesday.

Matches between Brazil and Latin America will start on February 10, then continue through until February 15. It isn't until February 18 that matches for the North American teams will begin. Those will be against teams from the Middle East and Africa, and will go until February 23.

This segment of the Spring Split will end with matches between Europe, Turkey, and Saudi Arabia. These will begin on March 17 and will continue until March 22.

Fans of PUBG MOBILE have more of a reason than ever to consider trying their hand at qualifiers in hopes of making their way up the chain.

Granted, $5 million is not a total grand prize winning amount. And is instead a collective amount that is spread across the different tournaments. Nevertheless this still means that prizes for each tournament will be more than they were last year.

Which means teams will be competing even harder for the bragging rights and a larger paycheck. If you're not already subscribed to the PUBG MOBILE Esports YouTube channel, you can view all of the progress there.