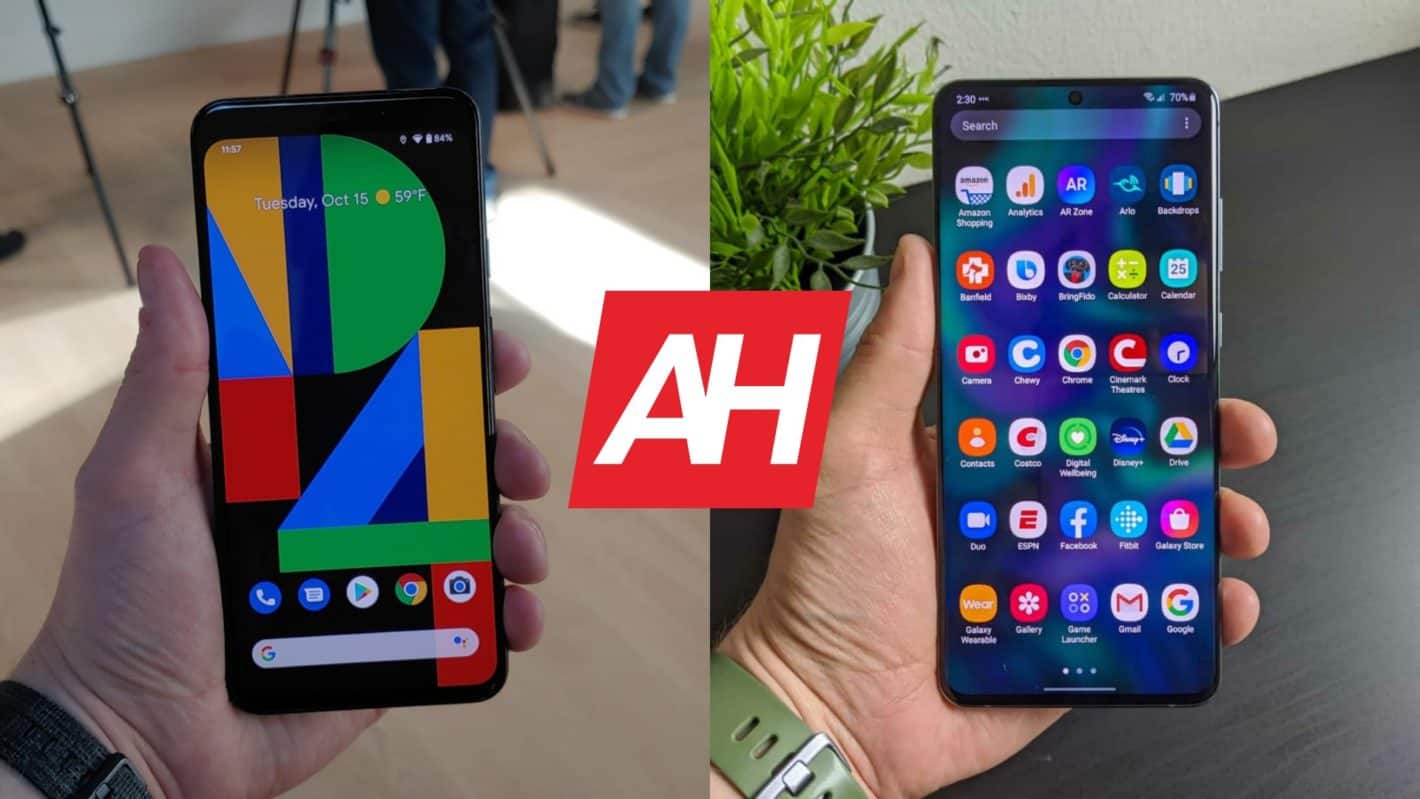 Both of these smartphones are quite powerful, though the Galaxy S20 Ultra packs in more powerful internals. As already mentioned, it’s a generation ahead, so it has more advanced hardware. Is it enough to convince you to purchase it? Well, that’s what we’re here to find out. The Galaxy S20 Ultra is considerably more expensive than the Pixel 4 XL, and that may be a red light for you.

We’ll compare the two phones across a number of categories, as we usually do. We’re kicking things off by listing their specifications, and then we’ll compare their designs, displays, performance, and so on. That’s more or less it, let’s kick off the Pixel 4 XL vs Galaxy S20 Ultra comparison, shall we.

Many would say that the Galaxy S20 Ultra is a more appealing phone, though. It’s hard to disagree with that. The phone offers considerably thinner bezels, and even though it has a display camera hole, it’s really small. The Pixel 4 XL’s top bezel is thicker than its bottom bezel, and that makes it look weird to begin with. The Galaxy S20 Ultra offers curved back, and curved front, while its frame is barely there, as glass curves on its from both sides. That only adds to its slipperiness, though.

The Galaxy S20 Ultra has four cameras on the back, and those are located in a rather huge camera sensor. That sensor is placed in the top-left corner of the phone’s back, the same as the one on the Pixel 4 XL. That being said, this is more a matter of preference than anything else, but we’ll give this one to the Galaxy S20 Ultra. That phone looks way more modern, and sleeker overall. If you don’t want such a huge, heavy, and slippery phone, though, the Pixel 4 XL is a great option… it sure looks different than anything else out there. 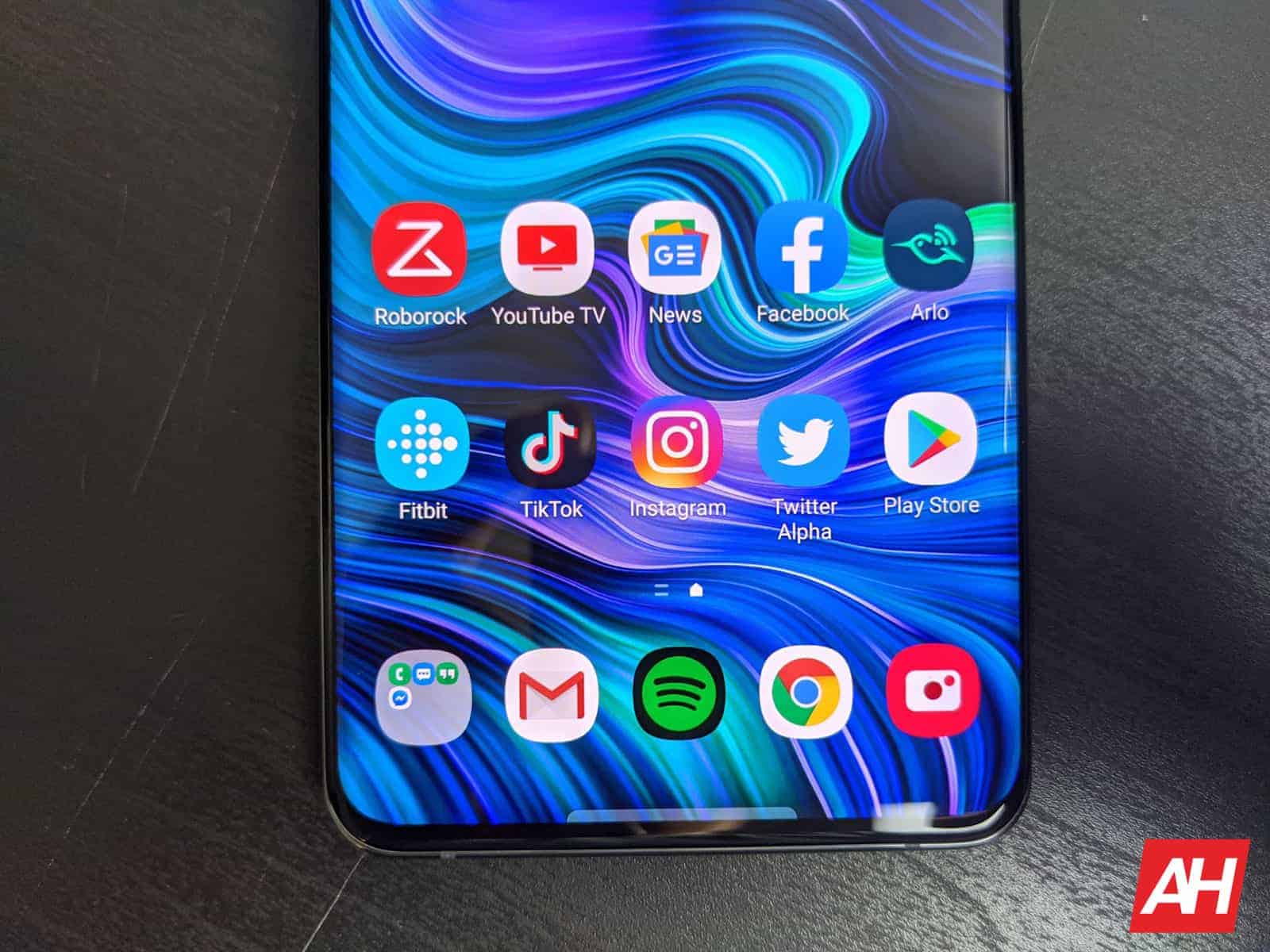 In practice, both displays are great. They both offer deep blacks, great colors, and are great overall. The Galaxy S20 Ultra’s does seem a bit better to the eye, though. Samsung really hit the jackpot with this panel. On top of that, 120Hz refresh rate only helps it shine. Do note that, at the moment, you cannot use 120Hz refresh rate and QHD+ resolution, though. Samsung is working on optimizing the display, but this is the situation for the time being (at the time of writing this article). All in all, the Galaxy S20 Ultra wins here, it offers more in the display category.

In the performance department, both of these phones are great. The vast majority of consumers won’t see the difference or care. Both phones come with high refresh rate displays, well-optimized software, and high-end specifications. All three of those factors make sure that the performance is quite smooth. We are here to nitpick, at least a little bit.

The Pixel 4 XL, on the other hand, despite the fact it has older hardware, did not lag behind. The Pixel 4 XL is still an amazing performer. If you really look for a difference between the two, you can notice the difference in refresh rates, as the Galaxy S20 Ultra does feel a bit smoother if you pay attention. But everything else is almost on par. Still, as we said, we’re here to nitpick, so we’ll give an edge to the Galaxy S20 Ultra, as it’s a tiny bit faster.

In terms of battery, the Galaxy S20 Ultra reigns supreme. Google has included a 3,700mAh battery inside the Pixel 4 XL, and it turns out that it can’t handle that phone the way it should. The Pixel 4 XL’s 90Hz refresh rate, in combination with everything else is taking a toll on this battery. In our testing, we were able to get around 5 hours of screen-on-time from this phone, though other outlets got even less than that. Depending on your usage, you may even pull out more than that.

The Galaxy S20 Ultra has been a lot better in that regard. With 120Hz refresh rate and 1080p resolution (we couldn’t use WQHD and 120Hz at the same time) the phone managed to cross the 6.5-7 hours of screen on time regularly, pretty much. The device can offer amazing battery life if you revert back to 60Hz, though you shouldn’t. Once you use that 120Hz refresh rate, you’ll hardly ever go back. 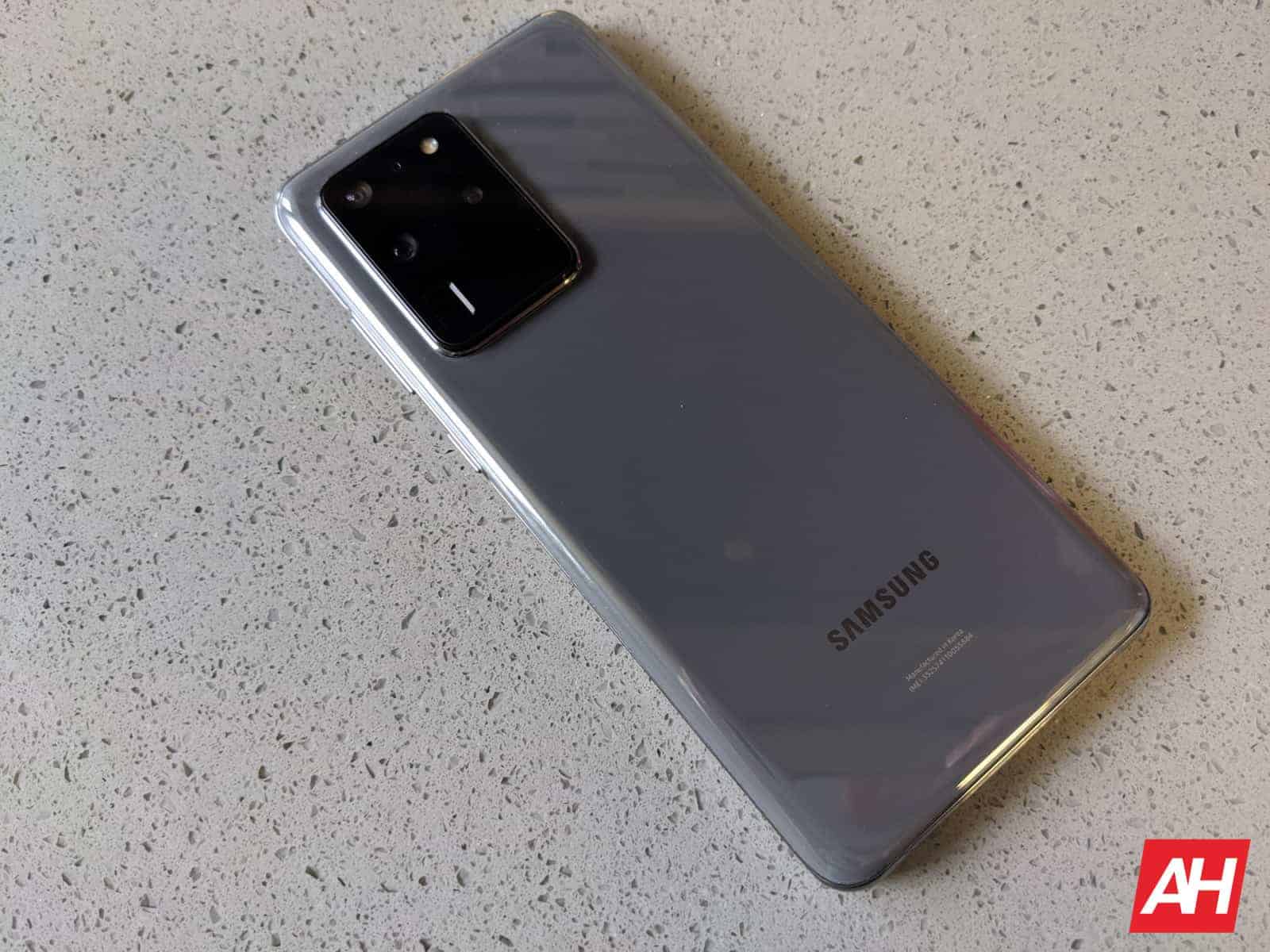 So, what about their cameras? Well, the Pixel 4 XL offered a noticeably better experience than the Galaxy S10 series in that regard, but what about the all-new Galaxy S20 Ultra? Well, the two phones are kind of equal in that regard, at least in our eyes. We simply cannot decide between the two, as each of these camera setups has something different to bring to the table. The Pixel 4 XL is still our favorite point-and-shoot camera, as in using its main lens on auto mode. It’s also amazing in low light.

The Pixel 4 XL can offer kind of unrealistic shots, but they look amazing. If you’re looking for a camera that will provide more true-to-life results, the Galaxy S20 Ultra is the way to go. Not only does it provide more realistic images, but it also provides more detail as well. That thing packs in a 108-megapixel sensor which uses pixel binning to provide 12-megapixel shots, and it does a great job at that. The phone has slightly focusing issues, but Samsung already released an update for that in Korea, which did the trick. We have some complaints for both of these cameras, but this is not a camera review, they’re both great, nonetheless.

The Galaxy S20 Ultra also does a great job in low light, though we still prefer the Pixel 4 XL for such scenes. The S20 Ultra does bring an ultrawide camera to the table, though, which is something the Pixel 4 XL doesn’t have. This sensor is great for taking landscape shots, and it should be on every phone, especially flagship phones. All in all, both cameras are truly great, and this is a tie in our book.

In the audio department, both phones are pretty good. Both of these devices includes a set of stereo speakers. The main speaker sits on the bottom of both phones, while the secondary one is placed above the display (front-facing). Speakers on both phones really good, they’re quite loud, and don’t distort that much at high volumes. The Galaxy S20 Ultra may be able to provide slightly louder output, but not by much.

Neither of the two phones have a 3.5mm headphone jack, by the way. You’ll have to use either a Type-C port for wired connection of your headphones, or utilize Bluetooth connectivity. Either way you go, you’ll get a really good output. The two phones offer really solid audio through headphones, though the Galaxy S20 Ultra has slightly better highs and mids. Some people will hardly be able to tell the difference. The point is, you won’t be disappointed with either of these phones in the audio department.

That brings us to the end of the Google Pixel 4 XL vs Samsung Galaxy S20 Ultra comparison. The Samsung Galaxy S20 Ultra has won this comparison. The device has slight advantages in the vast majority of the categories we’ve listed above. The question is, is it worth the extra cash you need to splash out? Well, we’d say no, at least not for the vast majority of people. At the time of writing this article, the Pixel 4 XL is priced at approximately $800 on Amazon. You’ll have to splash out about $500 extra to get the Galaxy S20 Ultra, unlocked. For most people, that doesn’t make sense. If you want a more powerful, larger phone, and you don’t mind the extra weight… well, then go for it.