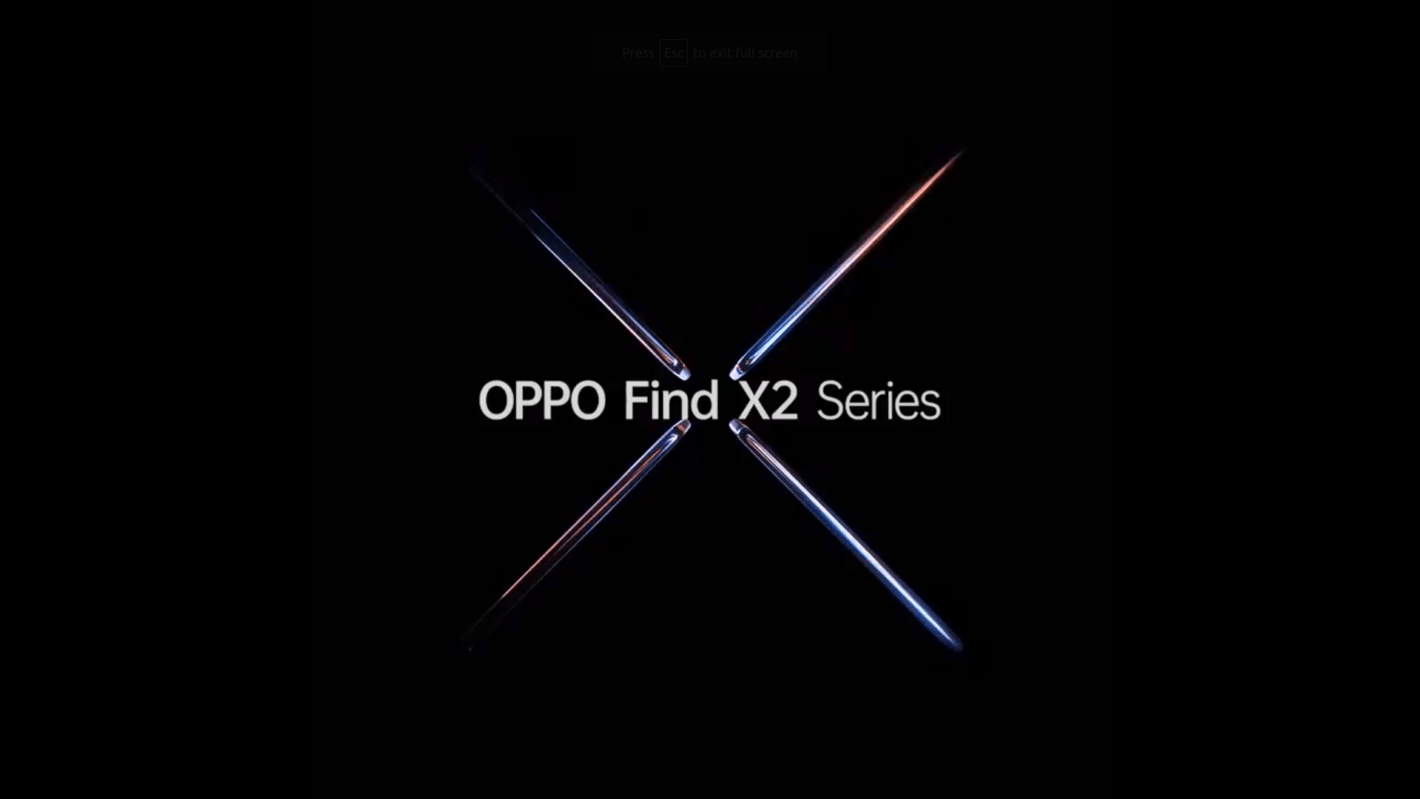 OPPO has officially announced that its Find X2 launch event will take place on March 6. The company was originally supposed to announce the two phones at MWC 2020, but that tradeshow got canceled, so OPPO was forced to reschedule the launch event.

As most of you know by now, MWC 2020 was supposed to be happening as we speak, but that's not the case. Quite a few major players canceled their participation due to Coronavirus fears, which is why GSMA had to cancel the whole event.

Well, OPPO rescheduled its Find X2 event for March 6, which is something the company said on Twitter. OPPO used the 'UncoverTheUltimate' caption for this launch event, and it shared a short teaser.

This 10-second teaser video does not really reveal much, other than confirming that the 'OPPO Find X2 series' is coming. Why the 'series' part? Well, OPPO will announce at least two flagships on March 6.

The company is planning to announce the Find X2 and Find X2 Pro, if rumors and leaks are to be believed. Do note that the launch invite for a March 6 event popped up a couple of days ago, but the information was not official back then. This is official info, straight from OPPO.

We're not really sure what will be the difference between the OPPO Find X2 and Find X2 Pro, as not much info surfaced regarding the 'Pro' model. We're pretty sure both will be fueled by the Snapdragon 865, though.

The OPPO Find X2 will feature a 6.5-inch WQHD+ AMOLED display with 120Hz refresh rate. That display will be the same, or extremely similar, to the panel that OnePlus will include on its 8 Pro handset.

The Find X2 will support 5G connectivity, which means that the Snapdragon X55 modem will be included in it as well.

The device is also expected to include plenty of RAM. It will probably include LPDDR5 RAM and UFS 3.0 flash storage. You can expect to see at least 8GB of RAM on the device, though OPPO will probably release a 12GB RAM model as well.

The device is rumored to include a 4,065mAh battery, and 65W wired fast charging. 30W fast wireless charging will probably also be a part of the package.

The OPPO Find X2 and Find X2 Pro will both be made out of metal and glass. We're not really sure what to expect in terms of the design, though, but chances are at least the regular model will include a display camera hole, if not both devices.

Android 10 will come pre-installed on both phones, along with OPPO's ColorOS UI. That is pretty much all the information we have at the moment, though we're expecting OPPO to share more info prior to the launch event. The company is also expected to announce some additional hardware during this event.