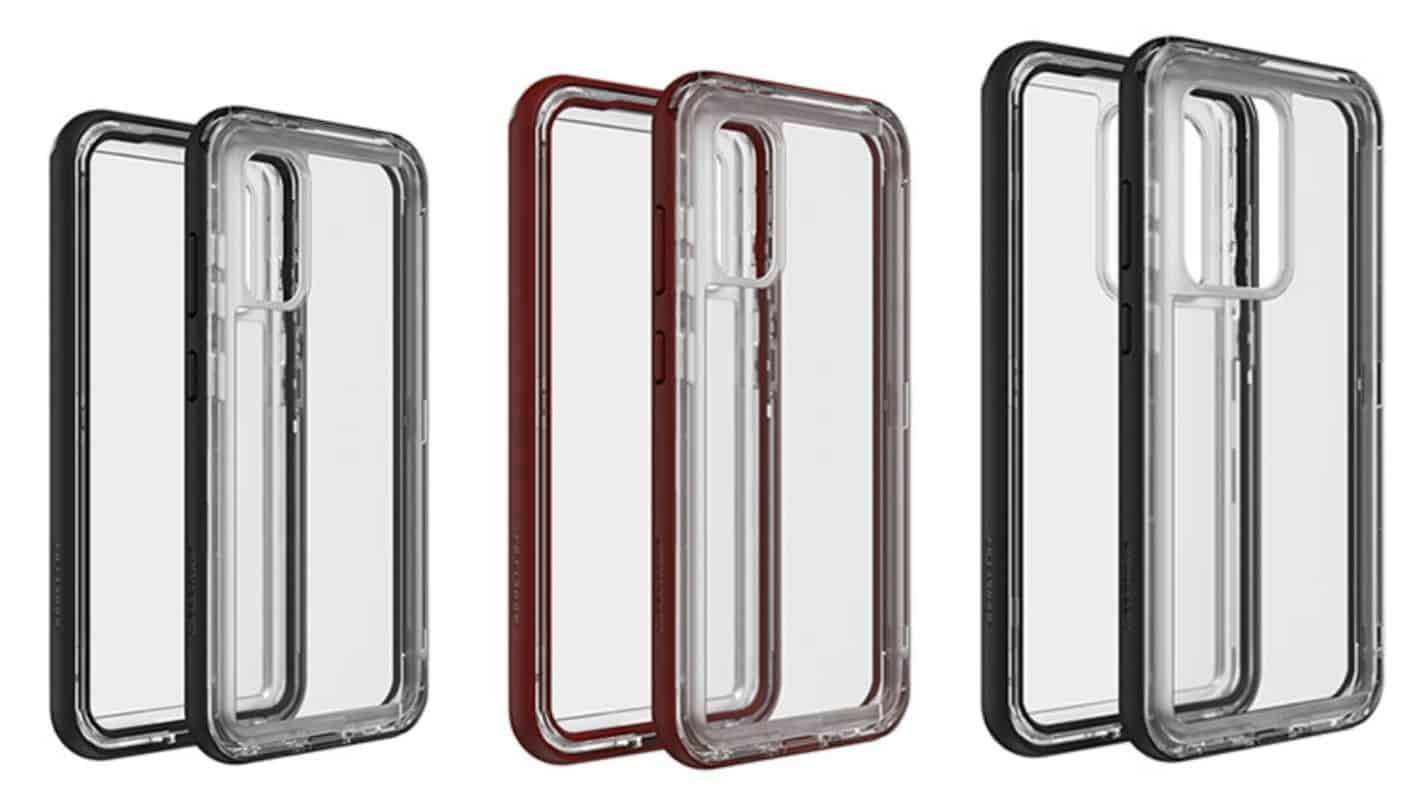 LifeProof has announced its new NËXT cases for the Samsung Galaxy S20, S20+, and S20 Ultra. LifeProof is joining a ton of other companies with this announcement. LifeProof's NËXT case offers quite a bit of protection, actually.

This case is drop-tested up to 6.6 feet, which is equivalent to two meters. The LifeProof NËXT will also keep both dirt and snow away from the Galaxy S20 with built-in port and speaker guards.

That's not all, though. This case also comes with raised, beveled edge, which will keep the screen safe from front-facing drops. It comes with a clear black, and a colorful bumper.

Speaking of the bumper, you can choose between two colors for all three phones. This clear case can be combined with a 'Black Crystal' or 'Raspberry Ice' bumper colors. Those are basically fancy names for black and dark red colors.

So, just to summarize, this case offers plenty of protection, as it is dropproof, dirtproof, and snowproof.

The price tag for this case is $80.99. That price is the same across the board, no matter if you're getting this case for the Galaxy S20, S20+, or S20 Ultra. All three cases are the same, the only difference is in their size.

Samsung had introduced its flagship smartphones quite recently, actually. The company introduced them on February 11 in San Francisco.

All three Samsung flagships are quite powerful

All three phones are quite powerful, and quite expensive. The Galaxy S20 Ultra is at the top of that list, but the S20 and S20+ are not far behind.

Having that in mind, these phones are also made out of metal and glass, they're quite fragile. On top of that, they're quite slippery. That's probably why most of you will opt for a case.

If you're looking for a more rugged case that still looks quite good, the LifeProof NËXT may be a good option. If you're more into minimalistic, extremely slim cases, this case is not for you.

The Galaxy S20 series smartphones are all fueled by the same processor, the Snapdragon 865. They all come with 12GB of RAM, while the S20 Ultra also offers a 16GB RAM variant.

The situation in regions outside of the US may be a bit different, as the Exynos 990 fuels these devices in Europe and India. You may also find 8GB RAM variants in some markets. The pricing for the Galaxy S20 series starts at $999, though that will vary from one market to the other.

LifeProof NËXT for the Galaxy S20

LifeProof NËXT for the Galaxy S20+