Huawei claims that its AppGallery app store is the third-largest in the world. The company claims that it’s placed right behind Google’s Play Store, and Apple’s App Store.

AppGallery is Huawei’s alternative to the Google Play Store, and third-largest app store around

AppGallery is basically Huawei’s alternative to the Google Play Store. As many of you know by now, Huawei got placed on the USA Entity List a while back. In other words, the company got banned from doing business with US companies, to a degree.

This China-based company had to come up with a solution for that, which is why it’s not intensively promoting AppGallery, a Google Play Store alternative. This app has been around for a while, but it was never as heavily promoted.

Huawei has invested a lot of cash in order to make sure developers tweak their apps, to that they can be listed on the AppGallery. The app selection via AppGallery is nowhere near the Play Store, though.

This means that users will not be able to access every Android app from the Play Store via the AppGalley if they buy a new Huawei phone that doesn’t ship with Google services. You can always sideload apps, though, of course.

Huawei is still pushing hard to make more apps available via AppGallery. Chances are that trend will continue, as the company needs it to happen, to convince users to choose its smartphones.

We’ll see what will happen if the Huawei ban gets lifted by the US. Huawei may start preloading the Google Play Store once again, and rid itself of such issues.

AppGallery will segregate apps across 18 categories, by the way. Those categories will include news, social media, entertainment, and so on. If a particular app is missing from the list, and you need it, you can submit its name to a ‘Wishlist’, and you will be notified once it’s been added.

Huawei is committed to ensuring security and protection on its platform, as it has many security layers. It will verify every developer, and it also has a four-step review process for secure app operation.

Huawei is in a rather difficult position at the moment, but the company is doing its best to deal with it. AppGallery is here, and it will keep on improving, as more and more apps will get listed via that platform. 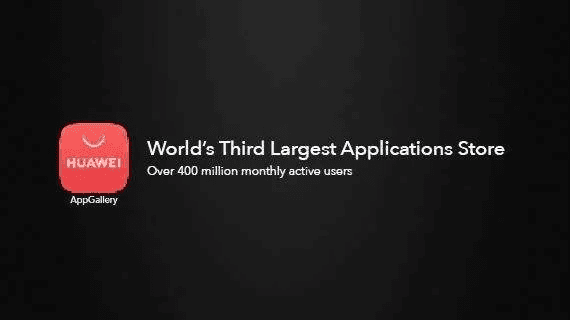