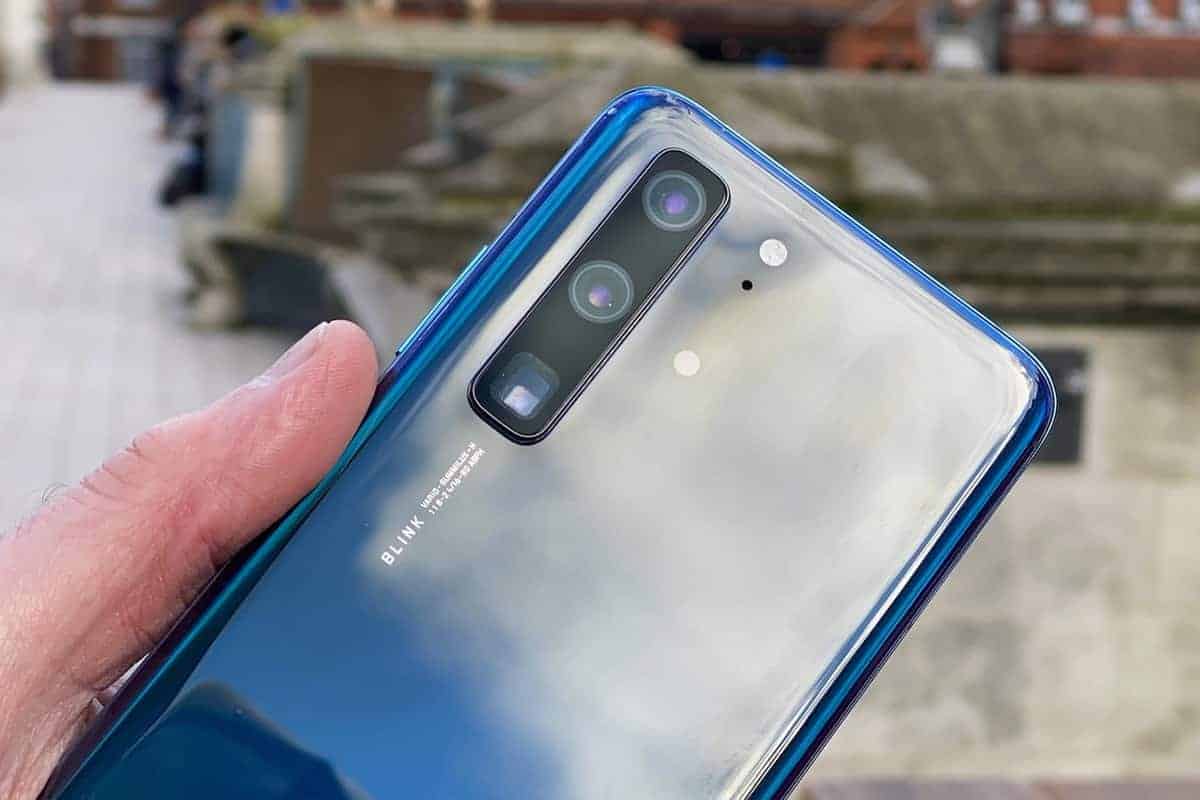 Apparently, Digital Trends was able to get their hands on a member of the Huawei P40 series family, well ahead of the official announcement on March 26.

A number of media outlets that are in Barcelona – even though MWC was cancelled – got to spend some time with the newly announced Mate Xs. But what happened in Digital Trends' case, is that a Huawei team member put down an unreleased phone on the table for them to check out. All they knew is that it is a P40, now which particular model, is another question.

It was a prototype of a P40 smartphone

Obviously, this was a prototype, which was made clear in the article from Digital Trends, and also by looking at the phone in their pictures. For one, it says "Polarie" where the Huawei logo would normally be. And it also said "Blink" where the Leica logo would normally be. Huawei does things like this ahead of launches to try and hide their phones from would be leakers.

While they were able to use the software, camera and take photos of the phone, it is still a prototype and far from being the final device. Which, at this point, is expected. Huawei did not mention anything about specs for this smartphone either. Though, we have seen plenty of leaks so far, so we have a fair idea of what to expect.

A triple-camera setup plus a ToF sensor

When it comes to the P series smartphones from Huawei, the camera is always the first thing we all want to know. It's what this series has become known for now.

So on the back, we can see three camera sensors, still in a vertical lineup. So Huawei isn't adopting the massive camera module that Samsung is using. The bottom sensor looks to be a periscope sensor, similar to what we saw on the P30 Pro last year. The other two are like wide and ultra wide sensors.

Now to the right of that module, there is the flash, and what looks to be a Time of Flight Sensor or ToF. This is something we're seeing a lot of in 2020. It's going to work as an enhanced depth sensor, which will make Bokeh even better. As it'll be natural and not artificial.

There's not much else to see here, and we'll definitely see more of the Huawei P40 series at its launch event on March 26, and definitely get more hands on time then. But this is a good way to tease the new phones before their launch.