Even though MWC was cancelled, Huawei is still announcing its second-generation foldable, the Mate Xs today.

The device looks similar to the Huawei Mate X that the company announced last year, but it has been improved greatly. And it is also running the latest version of Android, even if that means no Google services on board. And that is going to make it a hard sell outside of China, not to mention its price of €2499.

Huawei Mate Xs is a 5G device powered by Kirin 990

As expected, the Mate Xs is powered by the company’s latest flagship processor, the Kirin 990. Which is also a 5G chipset, allowing you to get faster speeds on the new foldable.

Other internal specs include 8GB of RAM and 512GB of storage. And it’s all powered by a 4500mAh capacity battery. Huawei is using 55W fast charging on the Mate Xs, which should help to recharge that battery pretty quickly. Though for a foldable phone, this does seem like a fairly small battery capacity. When you consider the fact that the Galaxy S20 Ultra has a 5,000mAh capacity.

The Mate Xs still has its screen folding on the outside of the device, which is still going to concern some people, since it is plastic and that can scratch really easily. But it’s the route that Huawei has chosen and thinks is the best.

If there’s one thing we know about Huawei, it doesn’t mess around with the cameras on its devices. 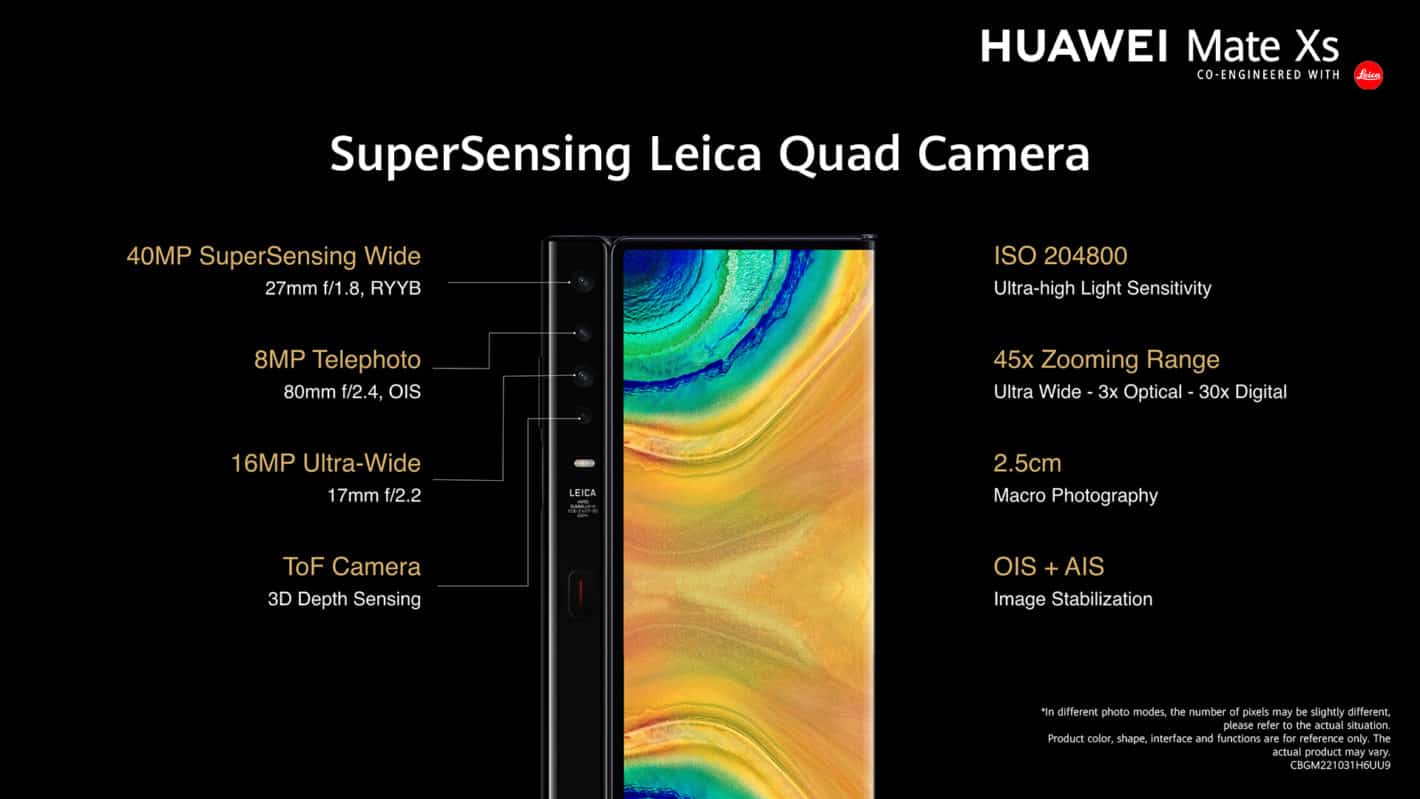 It has a quad-camera setup, with a 40-megapixel SuperSensing Wide angle camera as the main sensor. It has a f/1.8 aperture as well, for grabbing some great low-light shots. This is also combined with a 16-megapixel ultra-wide sensor and a 8-megapixel telephoto lens. The fourth camera is a Time of Flight camera, which is used for 3D Depth Sensing and can improve the bokeh effect on photos.

Huawei is bringing macro photography to the Mate Xs, and you can take pictures as close at 2.5cm away from the object. It also has OIS and AIS image stabilization, so there shouldn’t be any need for a tripod.

We don’t yet have a release date yet for the Huawei Mate Xs, but it is coming to Europe and the rest of Asia – unlike the Mate X which became a China-only device. But we do know that it’ll cost €2499 in Europe.