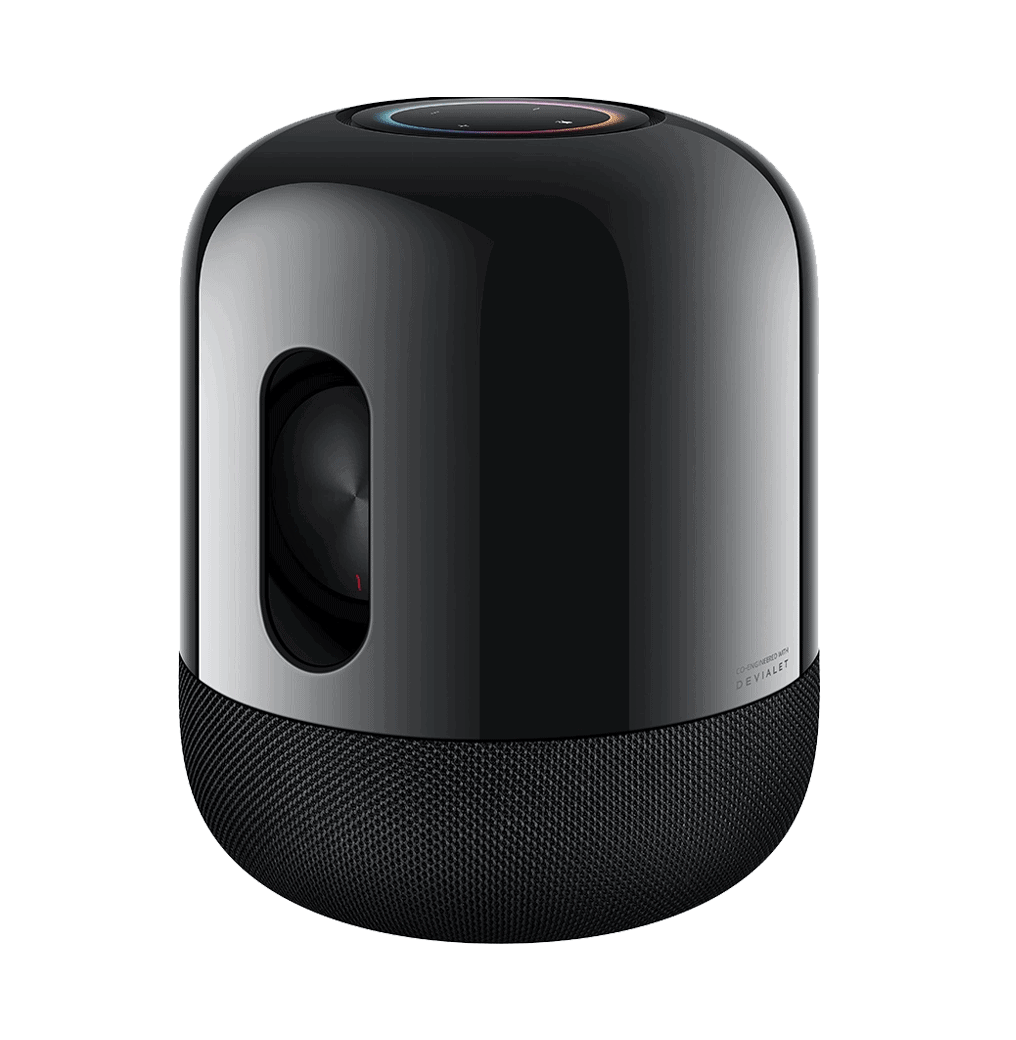 Huawei has announced that it will release its Sound X smart speaker in Europe soon. Developed in conjunction with French audio expert Devialet, the speaker went on sale in China in November last year. The tech giant now seems to be ready to push the boundaries and launch its first ever smart speaker outside China. Huawei already sells a couple of smart speakers in its homeland.

The Huawei Sound X features a rounded-off cylindrical design and sports a premium look with a fabric base and glossy plastic top. It packs a 60-watt double subwoofer and 6 full-range drivers for 360-degree sound. The device has 512MB of RAM and 8GB of storage space. This 3.5kg smart speaker has dimensions of 165mm x 203mm. It's also got one-touch control and Huawei's HiLink smart home control.

Devialet's vibration-canceling push-push woofer architecture — woofers are mounted back-to-back — cancels out internal vibration at higher volumes, the company claims. The device has two cutouts on either side that expose the dual woofers inside. The speaker also gets Devialet's other audio technology, such as Heart Bass Implosion (HBI) for super-strong bass, and Speaker Active Matching (SAM) for enhanced sound quality.

Though the European version of the Huawei Sound X will have the same hardware as in China, it lacks big time on the software front. The speaker doesn't have a digital assistant built-in, rendering it to a very sophisticated Bluetooth speaker.

The US blacklisting prevents Huawei from using Amazon Alexa or Google Assistant. The company, however, says it'll likely introduce either of them down the line. Huawei has also been in talks with Russian company Yandex for using its Alice voice assistant. In China, the Sound X comes with Huawei's own China-focused voice assistant Xiaoyi.

Huawei was initially planning to launch the Sound X, and other new products including the Mate Xs foldable smartphone, at Mobile World Congress 2020 in Barcelona. The event, which was supposed to be underway currently, was called off due to coronavirus scare, forcing Huawei to make alternative arrangements.

The company eventually announced the products during a pre-recorded broadcast. The Huawei Sound X will go on sale in Germany, France, Italy, and Spain in the coming weeks. Huawei has yet to announce price and release date, though. The speaker retails for 1,999 yuan (roughly €262, or $284) in its home country. Without a digital assistant, Huawei might find it hard to sell the Sound X in Europe if it keeps that price tag.