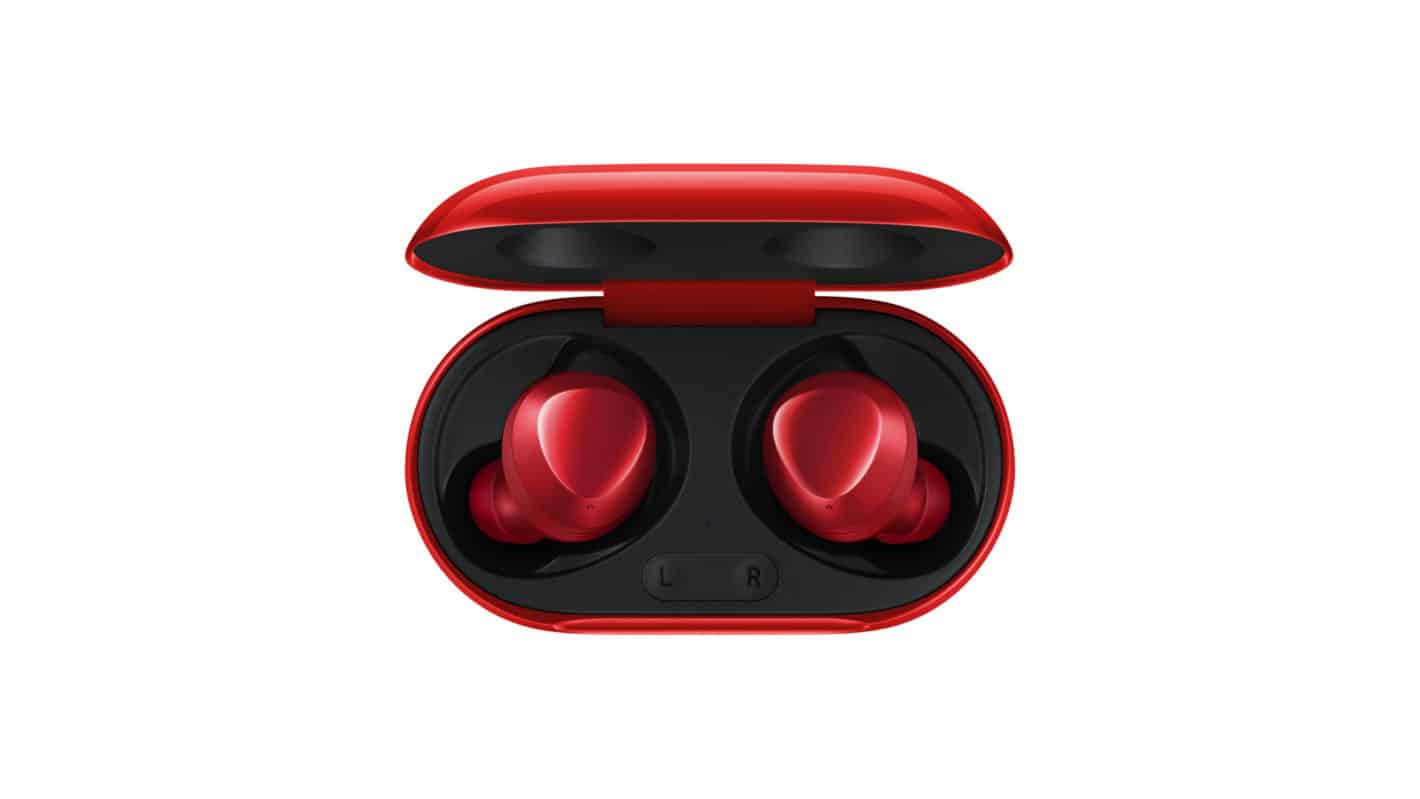 Here's your first look at the Samsung Galaxy Buds+ in the upcoming red color.

Samsung officially announced the Galaxy Buds+ at its Unpacked event back on February 11, and that the time it did announce the earbuds would be coming in red.

This was alongside three other colors that included cosmic black, cloud blue, and white. At the time though Samsung hadn't shared any images of what the red pair looked like. So this image leak seems to be the first time that the earbuds have popped up.

You can't buy the red Galaxy Buds+ yet

If you're a fan of this upcoming color and want to get your hands on a pair of your own, you'll have to wait

That's because it's not currently possible to buy the red pair of these truly wireless earbuds. It may not be long before they show up, but as it stands Samsung's web store only allows you to buy the black, white, or blue versions.

When they do launch though, they'll launch at the same $150 price point as all three of the color variants. Which is $150. A very different price from Samsung's first pair of truly wireless earbuds that were released a few years ago.

Samsung hasn't mentioned when it would launch the red color. Though they could perhaps be available closer to the time when the physical stores (you can buy the earbuds online already) will have the earbuds for sale.

That won't be until March 6 which is still a couple of weeks away.

Although you can't buy the red pair yet, the rest of the colors can be picked up from Samsung and from various other online retailers. Such as Amazon.

The earbuds went on sale back on February 14, just a few days after the announcement at Unpacked. Making these a quick turnaround for a product that was just newly unveiled.

That being said the earbuds aren't actually shipping yet. So all orders that are placed are really just pre-orders. Samsung's website shows that the earbuds will ship by February 24, which is this coming Monday.

Meaning orders won't take too long to get out to consumers who have already purchased them. Or will do so between now and Monday.

The Galaxy Buds+ are Samsung's latest evolution of the truly wireless earbuds, with improved battery life that lasts up to 11 hours, enhanced Spotify integration, and more.