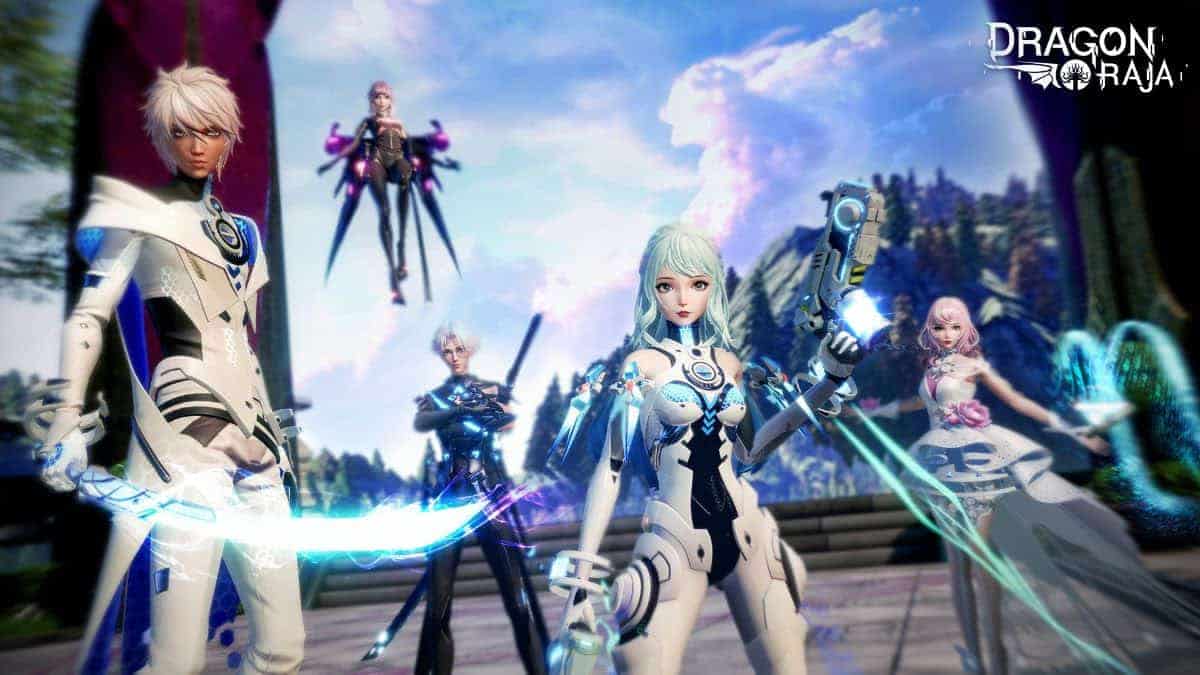 Dragon Raja is an upcoming MMO with anime-inspired graphics and high-quality visuals, and it officially launches on February 27.

It's also up for pre-registration on Google Play right now, so you can be notified the moment it's available. Dragon Raja will be a free game, but there will be in-game micro transactions for the monetization model.

If you've not heard of this game before and are a fan of MMO games, this is one to check out. It's quite possibly the most ambitious MMO on mobile to date, and not just because of the high-fidelity graphics. Though that's part of it.

Unlike most MMOs on mobile, Dragon Raja gives players A LOT to do.

It features tons of dynamic content, with the ability for players to choose exactly how they play. Decisions impact the game, but there's so much more to enjoy here.

You can play Dragon Raja like any normal MMO. It has quests for you to complete so you can level up your character. It's got dungeons and raids and boss battles. It has PvP so you can test your strength against other players.

Missions also vary based on what you do, and NPC's can react differently as well. The game even has multiple endings for the story portion of the content, so there's a massive amount of replay value here.

The game has an extremely extensive character creator

Not everyone loves spending time creating a character. At least not in a way that takes more than an hour before you start the actual game.

If character creators are your thing though, Dragon Raja has one that is insanely detailed. It's almost on par with what you'll find in Black Desert Mobile.

For example, you can alter the way your pupils look, and from there change the color. This isn't as extensive as BDM, as you can change the pupil, iris, and lens in that game before you even touch the color.

But there's a lot you can do here in Dragon Raja including changing the color saturation, altering the lashes, makeup, brows and more. That's just the parts of the character's face too. In short, you have a lot of options so you can make your character entirely unique.

There even seems to be a Sharingan-like option for the pupils to satisfy the Naruto fans, which you can see from the image above.

Black Desert Mobile's visuals are amazing. And it really shows how far mobile game graphics have come. Dragon Raja isn't to be taken lightly though.

As you can see in some of the other pre-release images, visuals are very high-fidelity.

Developer Archosaur Games built Dragon Raja using Unreal Engine 4, and even managed to integrate things like mirror reflections that change in real-time. The character models aren't the only things that look great though. The world around you is also highly detailed.

And it reacts to players. For example you can walk over snow and see footsteps and snow shifting beneath your feet. Water splashes as you run over it, and you can even slip in icy ground if you're moving too fast and aren't careful.

There is an huge amount of detail in the game, which will be all the more apparent when you're exploring the wider part of the massive world it has to offer. Then you get to the combat, which looks just as good if not better than Black Desert Mobile.

If you like games with beautiful visuals and a lot of stuff to do, this is likely right up your alley. And you can check it out for yourself at the end of this month.