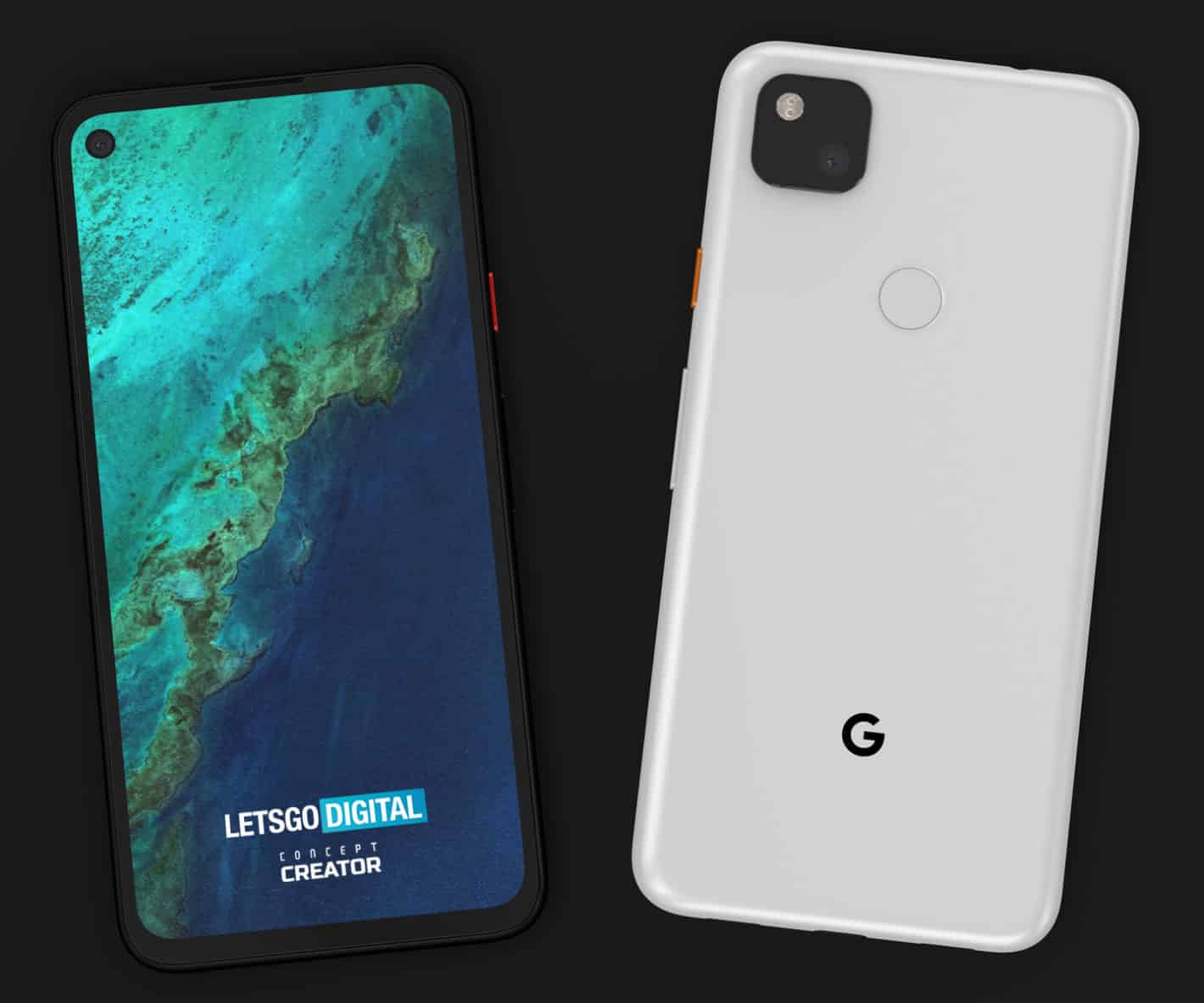 The Google Pixel 4a is expected to arrive in a couple of months, and its concept renders have just surfaced. Letsgodigital has partnered up with the Concept Creator in order to bring these images to life.

Now, these concept renders are probably extremely accurate, as they’re in line with the leaked renders. At the end of last year, @OnLeaks and 91mobiles shared CAD-based renders of the Pixel 4a.

Those renders are probably quite accurate, and these concept images are based on them, so this is probably what the Pixel 4a will look like. It makes sense, as it’s keeping with today’s trends in the smartphone world.

The Pixel 4a that you can see in the provided images and video is made out of polycarbonate. That polycarbonate body goes all around the phone, which will make the device quite durable.

The phone includes a flat display, with visible bezels all around it, while the bottom bezel is the thickest. A display camera hole is placed in the top-left corner of the phone’s display.

The power / lock button is placed above the volume rocker buttons on the right side of the device. On the back, you’ll notice Google’s logo, a capacitive fingerprint scanner, and the phone’s rear camera module.

As part of that camera module, you’ll notice one camera, and an LED flash. The camera module itself protrudes on the back a bit. A 3.5mm headphone jack is included here, at the top of the device, while a Type-C USB port is placed on the bottom.

The device is expected to arrive in May

This handset will probably be announced during Google I/O in May. The phone is expected to be fueled by either the Snapdragon 730 or 765 SoC. In addition to that, Google will probably include at least 6GB of RAM and 64GB or 128GB of storage.

The device is also expected to ship with a 5.7-inch fullHD+ AMOLED display. We still do not know what to expect in terms of battery, but a 12.2-megapixel camera may be included on the back.

The Google Pixel 3a was quite a popular phone for the company. It was quite affordable, and regarded as one of the best budget smartphones of 2019.

Google is hoping to keep that momentum in 2020, but increase sales this time around. We still do not know how much will the Pixel 4a cost, but it will almost certainly arrive in two sizes.

The Google Pixel 4a and 4a XL are expected to arrive to succeed the Pixel 3a and 3a XL. The two devices may look the same, but the difference will be in their size.