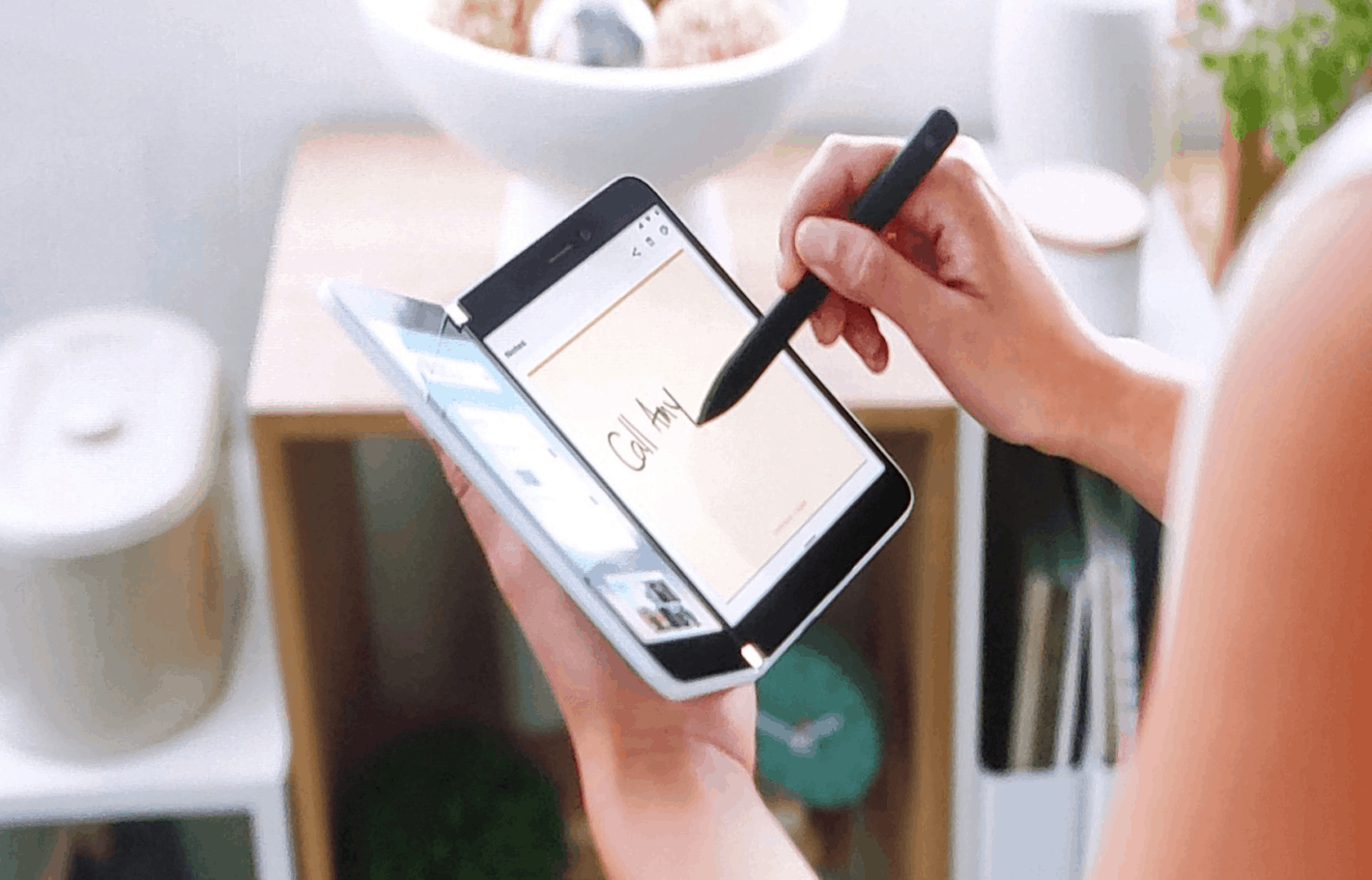 Microsoft’s dual-screen device has been seen on Canadian public transit. Now, the company is showcasing how Google Maps works on the Surface Duo.

Google Maps on Surface Duo: here’s how it works

In the video, shown below, a Microsoft employee shows just how Google Maps will work on the dual-display, Android-powered smartphone. Google Maps can be spread out onto both displays at once, or work on one display at a time. Users can pinch to zoom across the two displays, as they would a single-display smartphone.

To launch Google Maps, users need only hold down the Maps app and drag it to the crease in-between the two screens. The Maps app will open on both displays and users can use both screens as a coherent whole. Users can pull Google Maps back out to one screen or the other, or dismiss the app entirely to go back to the home screen.

The Surface Duo itself works like every other Android smartphone. On the main screen there are rows of apps. Users can scroll from left to right through the apps. Scrolling to the left brings up an activity feed, calendar dates, and so on. The app drawer is still there when the user swipes from the bottom of the screen upward. The app drawer can work on either display, though it doesn’t spread out over both screens as does Google Maps. At least not at the moment, anyway.

Maps on Duo: the purpose of the dual-screen

Seeing Google Maps on the upcoming dual-display device makes the case for the dual-screen. At first, it’s tempting to think that only a single display is needed for smartphones. Well, in design at least, Samsung’s Galaxy Fold, the Galaxy Z Flip, and the Motorola Razr (2019) win the day. It’s hard to make the case for a coherent experience when users see a noticeable black crease in the screen. The same thing is true for a full-display experience when users see a large notch bar atop an Android smartphone. Design matters.

And yet, one of the winning reasons behind the dual-screen device is multitasking. Ever seen Samsung’s Galaxy Tab devices? One can use up to four windows on the tablet at a time. And yet, those windows are small and tiny. Windows are not screens. With double the screen real estate, users can do more, and that “doing more” is the big sell behind dual displays.

There is a place for the dual-display in that it will become a more portable tablet than ever before. Perhaps Samsung and LG will also make smartphone monitors to power smartphones that feature dual, foldable displays. That would make tablets easier to carry around and perhaps revive what is currently a dying Android market.

Surface Duo versus Galaxy Fold: which is best?

Some will ask which is best: Surface Duo or Galaxy Fold? Both devices serve some of the same purposes. Yet, both stand out in their own ways. The Galaxy Fold has one foldable screen. When users open the device from the phone mode to its 7.3-inch screen, the app automatically readjusts to accommodate the large screen. With Microsoft’s Surface Duo, however, one must open the phone, then drag the Maps app to see it open on both displays. The Galaxy Fold accommodates whatever screen(s) the user has open at the time. Microsoft’s Surface Duo lets the user do the work.