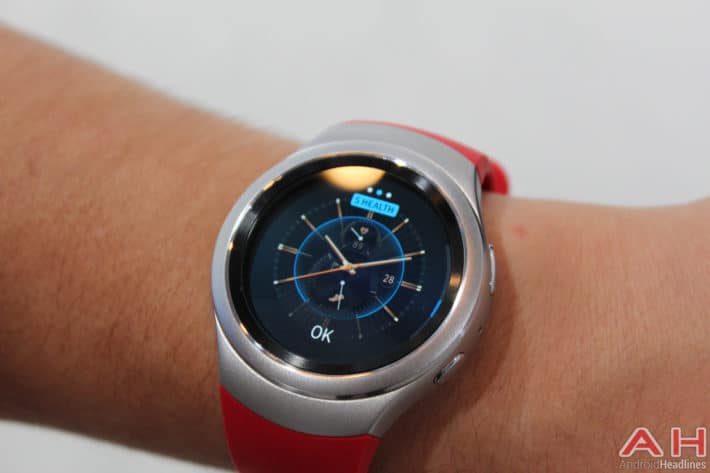 The new update for the 5-year-old smartwatch comes in at version R730AUCU3CQK1 and weighs a very small 6.79MB. It isn’t a hefty update, but its goal is to improve battery usage and device security. This isn’t the Gear S2’s first battery optimization update. Samsung updated the Gear S2 for battery life back in December 2015. TizenHelp says that the new update brings Samsung’s Galaxy Watch Active 2 UI as a nice addition.

Android smartphones, in many cases, get only two years of major system updates and three years of security patches. Google is changing this with its Android 10 update for the OG Pixel and Pixel XL, three-year-old devices from 2016. Normally, two years is the cutoff for system updates, but Google defies that with the first-generation Pixels. The same thing is true for Samsung’s 2020 update for the 2015 Gear S2 smartwatch.

To see the Gear S2 receive an update now, after five years, is nothing short of incredible. The smartwatch launched just a few months after the Galaxy S6, Galaxy S6 edge, and Galaxy Note 5. None of those devices are getting an update — just the Gear S2.

And the smartwatch’s update after 5 years is incredible simply because no one expects it from Samsung. The reason? The Gear S2 is too old and is thought of as no longer update-eligible.

Why update a 5-year-old smartwatch?

Why would Samsung update a 5-year-old smartwatch? For some, the move defies reason, but it makes sense to Samsung. The Gear S2 was Samsung’s most popular smartwatch of its day in 2015. Remember, the Gear S before it was a smartwatch considered to be too futuristic with a 2-inch display too bulky for many wrists.

The Gear S has its fans (still), but Samsung sold more units of its successor. The Gear S2 came with a circular display, the first in Samsung’s smartwatch lineup. Its small screen size and circular shape made it an instant favorite.

The Gear S3 Frontier and Classic and, subsequently, the Galaxy Watch, are too bulky and large for some wrists. Samsung’s Galaxy Watch Active series provides a small wrist form factor that finds its appeal with some buyers in a way the Gear S3 and Galaxy Watch do not.

Samsung said back in 2016 that the Gear S2 would continue to evolve. The company is apparently sticking to that, even 5 years later.

How to update your Gear S2 smartwatch

It isn’t surprising to think that some smartwatch buyers are still rocking the Gear S2. If you’re one of those OG smartwatch owners, it’s imperative to update your smartwatch. Head on over to the Galaxy Wearable app on your smartwatch. Inside the app, go to “Software Update,” then “Download and Install.”

Follow the on-screen instructions. Keep in mind that, if your device is connected to your phone, the update will disconnect the phone before installing the update. The Gear S2 should restart and reconnect your smartphone immediately after the update installs.