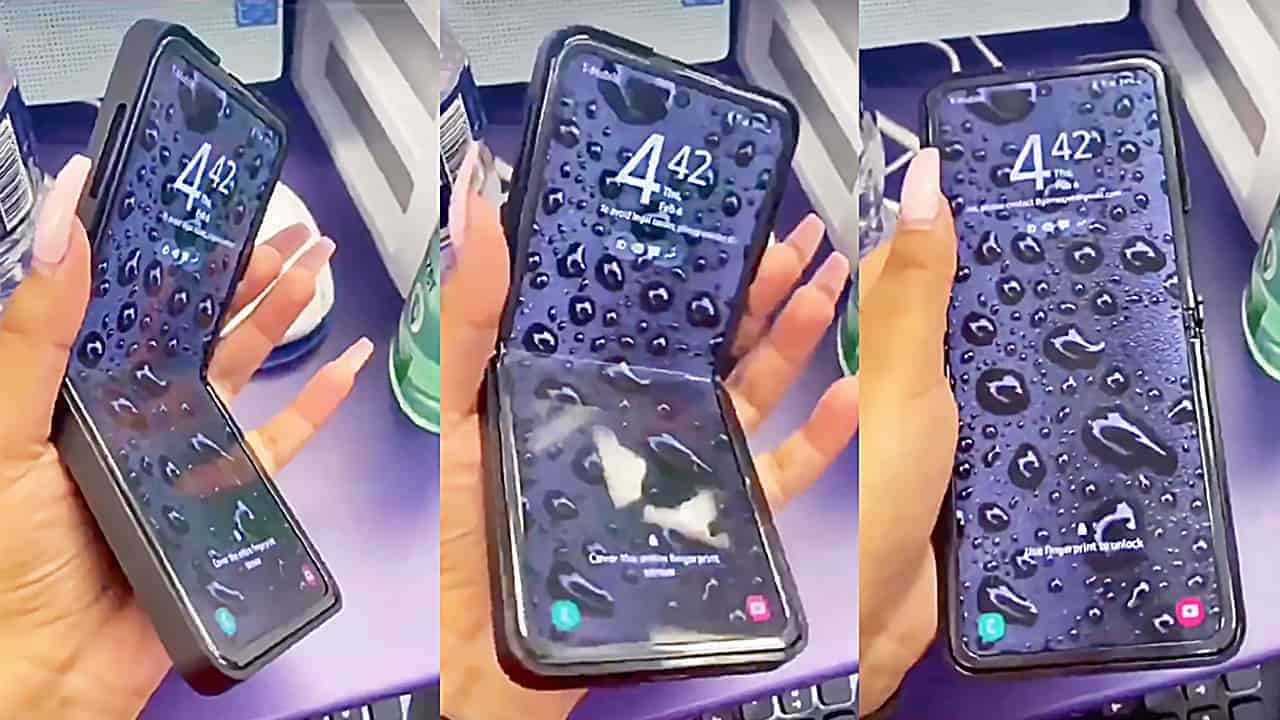 The Samsung Galaxy Z Flip is one of the most anticipated smartphones at the moment, and the device just surfaced in a new hands-on video. In addition to that video, a new render of the device surfaced.

Samsung's upcoming foldable smartphone has surfaced on Instagram this time around. It surfaced on the 'anahyz.x' profile, and it got reshared by Ben Geskin, the same person who shared the first hands-on video. We would have linked to the anahyz.x video directly, but that's a private account, invite-only.

The Galaxy Z Flip surfaced in a new hands-on video, with a protective case

The Galaxy Z Flip appeared in a new, 21-second hands-on video, though it has a protective case this time around.

This case seems to be placed on the device to protect its design, rather than anything else. Still, you can see the device's front side, and also its dual camera setup on the back. This video basically confirms all the other info we've seen thus far.

This hands-on video also gives you a nice look at the phone's buttons. On the left, you'll notice the volume up and down buttons. On the right, a capacitive fingerprint scanner is located. That button will be clickable as well, and double as a power / lock key.

In addition to this video, Ishan Agarwal shared a new render of the Galaxy Z Flip. The image provided below shows you the phone from both front and back. This is a purple variant of the device, by the way.

The device will become official on February 11

The phone's rear-facing cameras will be horizontally-aligned, and we're looking at two 12-megapixel cameras where, it seems.

The device will be made out of metal and glass, in case you were wondering. It will feature a 6.7-inch OLED display on the inside, and a tiny 1.05-inch 'Focus Display' on the outside.

The Galaxy Z Flip will become Samsung's second foldable smartphone, following the Galaxy Fold. It will not exactly be a flagship-grade phone, though. It will ship with the Snapdragon 855+ processor.

The Galaxy Fold 2 is expected to be flagship-grade, though. That handset will launch in the first half of this year as well, if rumors are to be believed.

The phone is expected to ship with the Snapdragon 865 SoC, a more powerful camera setup than the Z Flip, and LPDDR5 RAM. 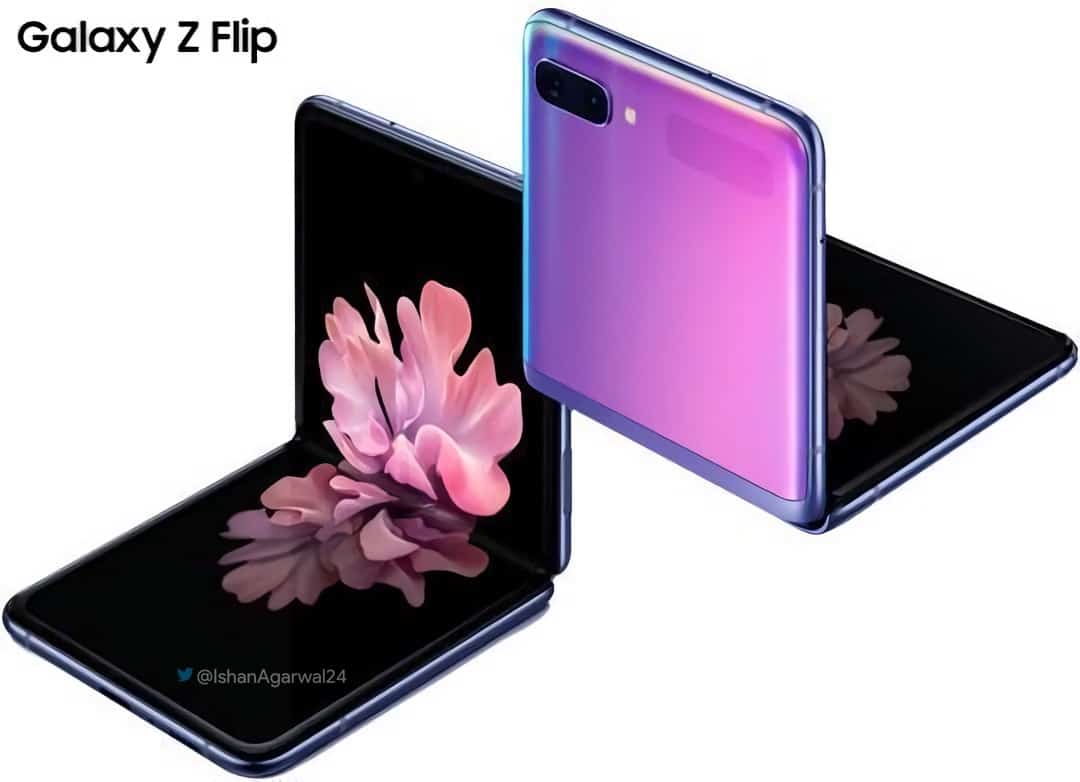