The first one was spotted by Max Weinbach, and has been published on YouTube. The picture in this video is actually high quality, so you’ll get a pretty good look at the phone.

The second video has been shared by Ben Geskin, who also tracked down the very first Galaxy Z Flip hands-on video. Both devices are quite short, but they show you the phone from various angles, and you can also see it fold.

These two videos do not reveal something we didn’t know already. So much content leaked when it comes to the Galaxy Z Flip, that there’s almost nothing to hide at this point.

Samsung even showed off the device in an Oscars ad last night. By doing that, the company basically confirmed its design, and a ton of other information along with it.

The Galaxy Z Flip will be made out of metal and glass, and it may be a bit smaller than you thought. People who used the phone in the first two hands-on videos must have really small hands.

The device seems to be considerably smaller in these two hands-on videos. Max Weinbach kind of confirmed that in a recent tweet. He tweeted out that the Z Flip will be almost the same size as the Motorola Razr, which is quite compact. 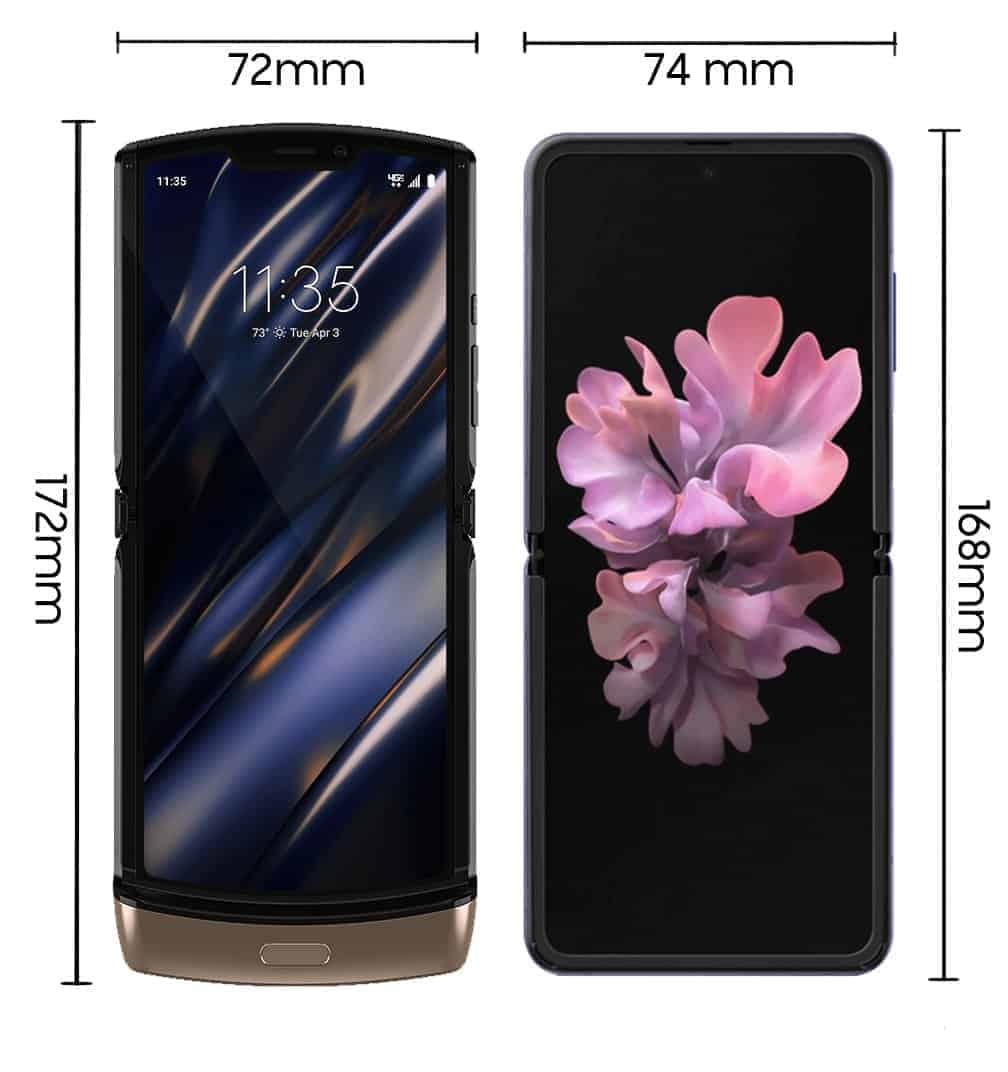 The Razr will actually be a bit taller than the Galaxy Z Flip, but it will also be narrower at the same time. It will be thinner than the Z Flip, and that goes for both folded and unfolded state.

The device will include a side-facing fingerprint scanner

The Galaxy Z Flip will be made out of metal and glass, and it will include a side-facing fingerprint scanner. The phone will include a secondary display on the back, the so-called ‘Focus Display’.

Next to its secondary display, you’ll notice two horizontally-aligned cameras. The phone will sport a display camera hole on the inside, and rather thin bezels, even though they will be thicker than the ones on regular flagships these days.

On top of those bezels, Samsung opted to include silicone it seems, to protect the phone’s display when the device is folding.

The Galaxy Z Flip will become official on February 11. The company will announce this phone alongside the Galaxy S20 series in San Francisco.