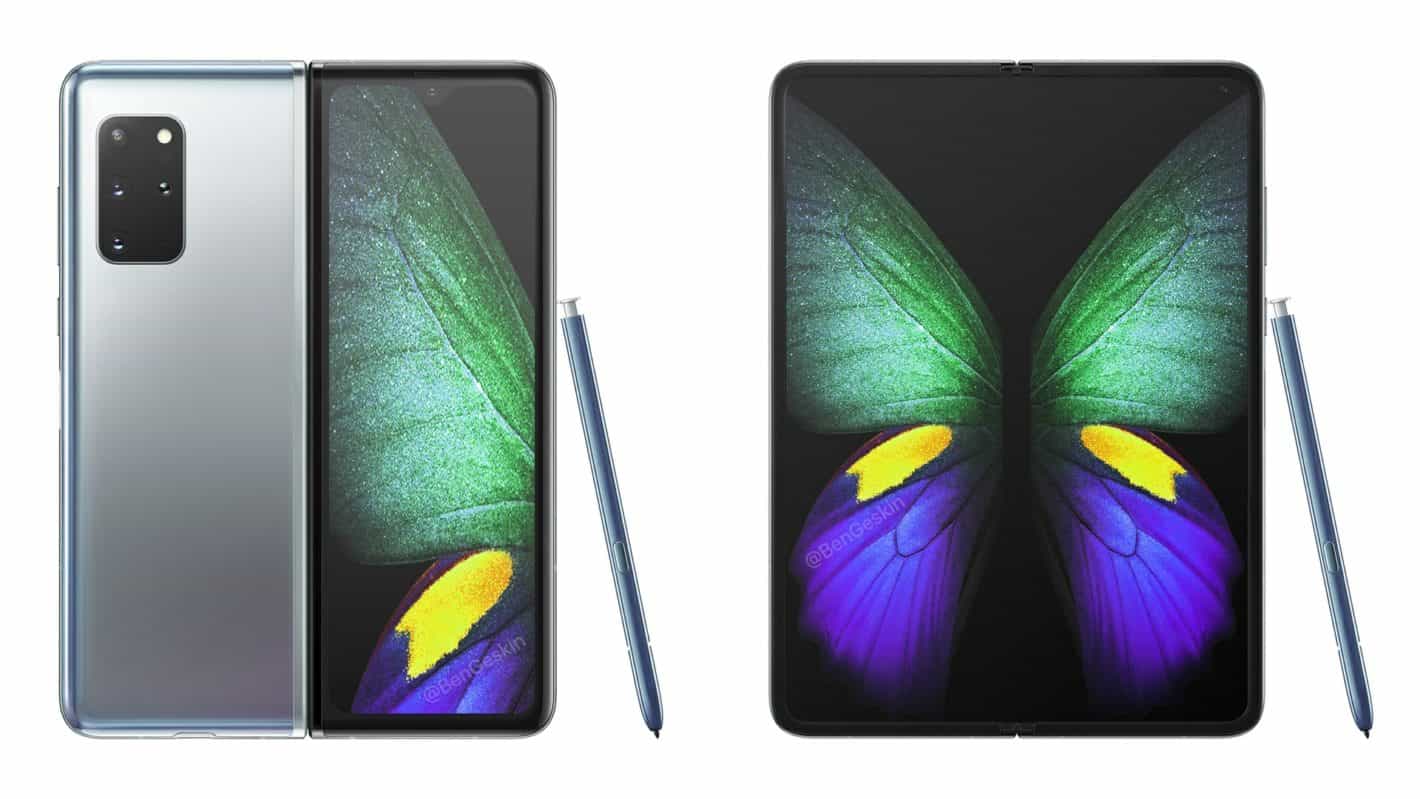 The very first Samsung Galaxy Z Fold 2 concept has arrived, and it looks really stunning. This concept design comes from Ben Geskin, and he refers to the phone as the Galaxy Fold 2.

In any case, this is a concept design of a direct successor to the Galaxy Fold, Samsung’s very first foldable smartphone.

As you can see, it looks quite similar to the original, but with several improvements. The outer display on this phone has much thinner bezels. It also includes a waterdrop display notch.

That huge display notch is gone, it’s no longer present on the phone’s inner display. Instead, there is a display camera hole in the top-right corner. This is a much better solution in terms of design.

This handset is inspired by rumors, and a recent rumor from Max Weinbach suggested that the Galaxy Z Fold 2 will include the Galaxy S20+’s camera setup. Well, this Galaxy Z Fold 2 concept has that exact camera module on the back.

The source created the Galaxy Z Fold 2 concept renders with an without an S Pen. The device will allegedly ship with an S Pen, though.

The device will probably include a stainless steel frame

The phone will also include stainless steel in its build, maybe even ceramic, if Max Weinbach is to be believed. In any case, it will be quite a heavy device.

The Galaxy Z Fold 2 is expected to arrive in July. It is possible that its launch will get moved to August, though. In any case, you can count on it to launch in either July or August.

The Galaxy Z Fold 2 may even launch alongside the Galaxy Note 20, who knows. We’ll get more information in the coming weeks.

This handset will become Samsung’s proper flagship foldable smartphone. It will be more powerful than the Galaxy Z Flip, that’s for sure. The device will be fueled by the Snapdragon 865 64-bit octa-core processor. It will also include LPDDR5 RAM, and UFS 3.0 storage.