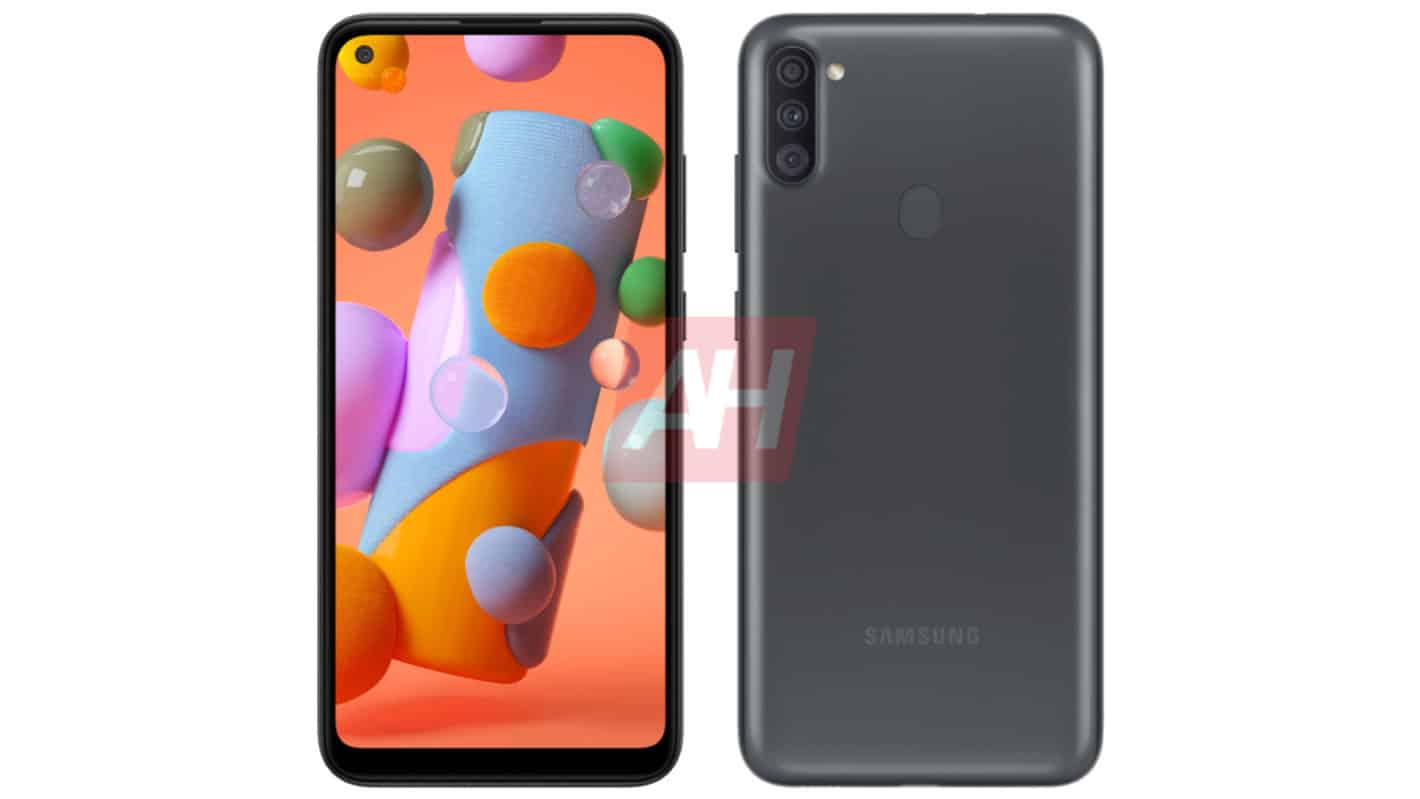 Today, we’re bringing you the first official look at the Samsung Galaxy A11.

This image lines up perfectly with a number of leaks we’ve seen recently about the Galaxy A11. Including the fact that it’ll have a triple camera setup on the rear and use an Infinity-O display.

The Samsung Galaxy A11 appears to be sporting a plastic. And considering the fact that this is aiming to be a budget smartphone, that would not be a huge surprise. It also has some fairly thick bezels all around the phone, though this is also likely due to the fact that the display is not curved, like some of Samsung’s more high-end flagship smartphones.

The Galaxy A11 is definitely a budget device

The specs that we’ve seen for the Galaxy A11 lead us to believe that this is going to be a very cheap smartphone. It will sport a 6.2-inch HD+ display, an Exynos 7 octa-core processor with 3GB of RAM.

It’ll be coming to the US

As it was mentioned last month, the Samsung Galaxy A11 is going to be making its way over to the US. However, at this point, we are unsure of when that will happen.

The Galaxy A10 was the best selling Android smartphone of 2019 in the US, so the successor should be just as successful.