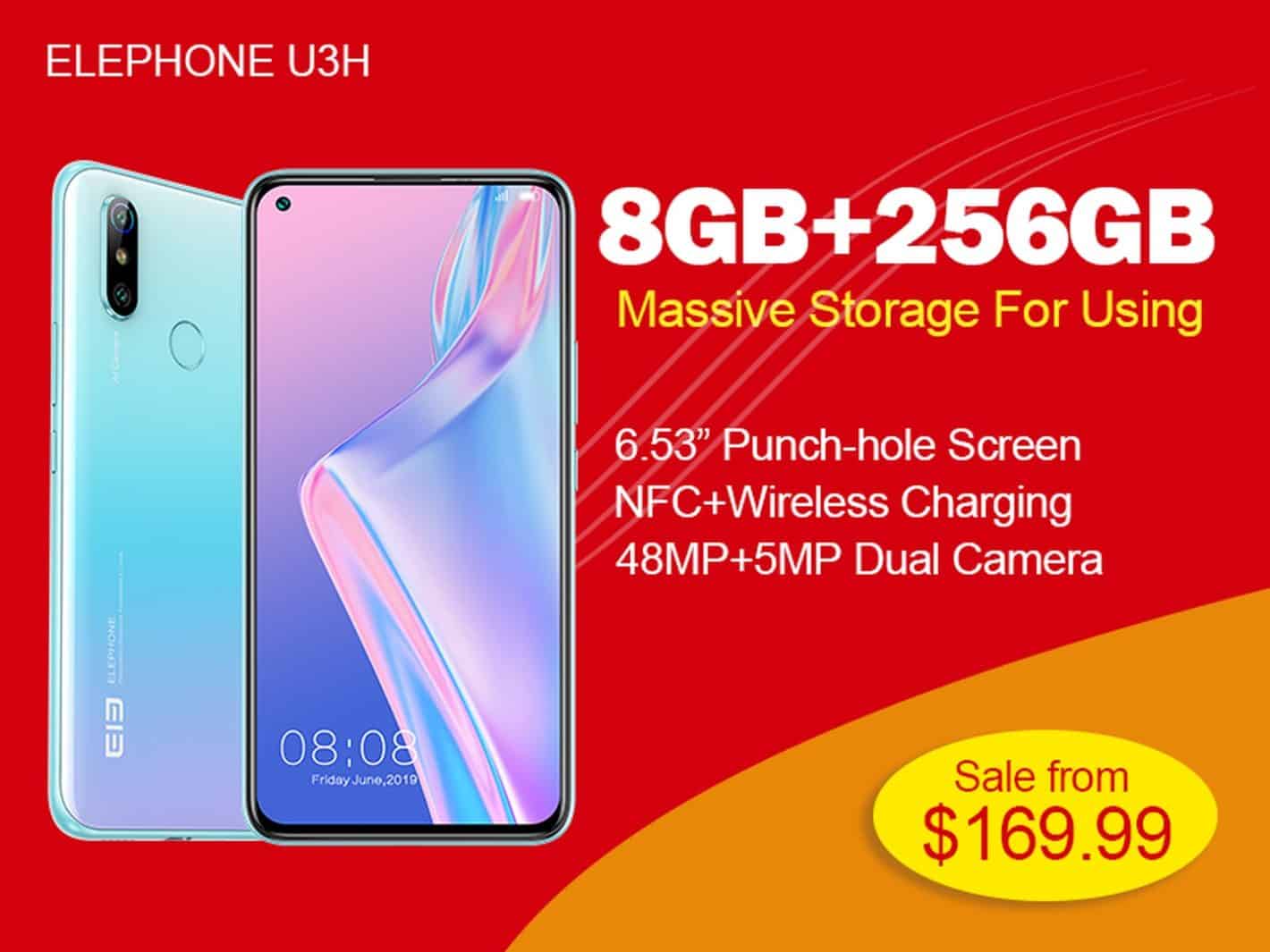 Elephone has announced that one of its new smartphones is now on sale. The Elephone U3H can now be purchased via AliExpress, and the company is even offering a discount code.

The device comes in two variants, in 6GB and 8GB RAM flavors. Those two variants pack in 128GB and 256GB of internal storage, respectively.

The Elephone U3H is now on sale via AliExpress

The price tag for the more affordable Elephone U3H variant is $169.99, while the 8GB RAM model costs $209.99 via AliExpress. Ulefone has also shared a coupon code for a $10 discount. That code is "SALESELEP10", without quotation marks.

Now, the Elephone U3H is the company's new handset, and it actually looks quite compelling. As you can see, the phone offers really thin bezels, and a display camera hole.

That display hole is placed in the top-left corner of the phone's display. Do note that its display hole and bezels are probably slightly bigger in person. All we can see here are the phone's renders.

The device includes a flat display, while all of its physical keys are located on the right. On the back, you'll spot a camera module that hosts two cameras. Those two cameras are vertically aligned, while an LED flash sits in-between them.

A regular, capacitive fingerprint scanner is also located on the back of this phone. You'll also notice Elephone's branding back there.

This smartphone features a 6.53-inch fullHD+ (2340 x 1080) FullView display. In other words, this is an IPS LCD display that Elephone is offering here.

A 3,500mAh battery is also a part of this phone, and it is not removable. The phone does support fast charging, while it also has 4G LTE support.

The MediaTek Helio P70 64-bit octa-core processor fuels this phone, while the device comes with Android 10 out of the box. Elephone did include some of its software on top of it.

The device includes two nano SIM card slots, and it supports facial scanning. It utilizes its 24-megapixel front-facing camera to scan your face, by the way. The device is on offer in Black and Blue variants.