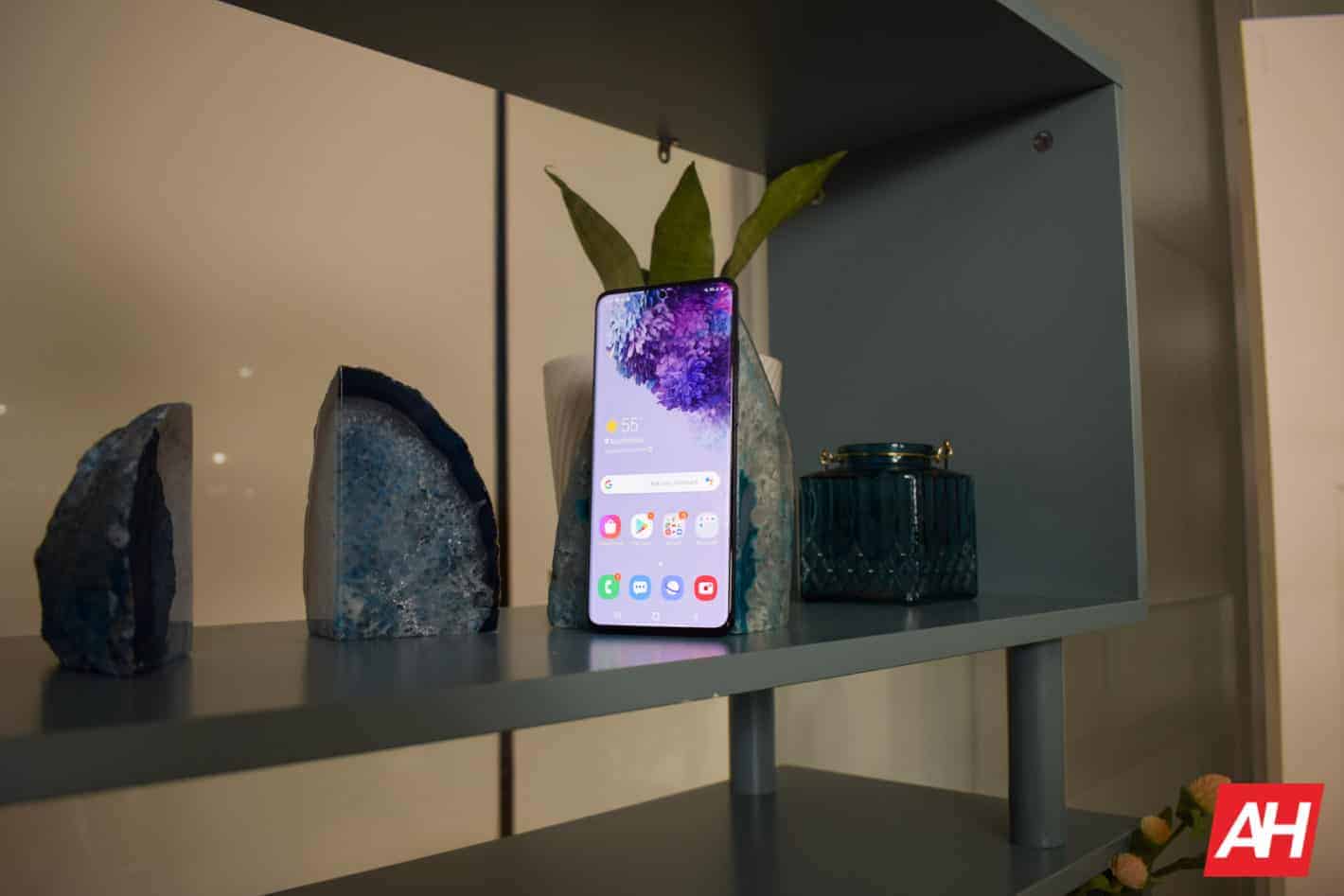 Belkin International has reached out to highlight a slew of accessories that are fully compatible with the new Samsung Galaxy S20 series. The gadgets fall into the charging, audio, and connectivity categories, respectively.

While not entirely new to the market, each accessory is also compatible with Samsung's second foldable smartphone. That's the Samsung Galaxy Z Flip. So there's really something there for everybody who happens to be picking up any of the handsets launched this week at Samsung's annual Unpacked event.

Audio solutions for the Galaxy S20 or Z Flip from Belkin

The first two solutions on offer from Belkin are each audio-focused accessories that work with the Samsung Galaxy S20 series or the Galaxy Z Flip. Samsung has left the 3.5mm audio jack well behind with its latest devices so both utilize USB-C.

First up is Belkin's RockStar 3.5mm Audio + USB-C Charge Adapter. As its name implies, that's a combination audio and charging adapter, with both plugs built into a single unit. That unit links to a short cable that ends with a USB-C port that plugs into the smartphone.

On the charging side, the RockStar branded dual-use adapter can connect to any compatible USB Power Delivery or Quick Charge 2.0 charger or power source. That allows charging at up to 36W. The big selling point for this adapter is that users can simultaneously utilize the built-in 3.5mm audio jack. That port is tied in with a digital-to-analog converter for high-quality audio throughput.

For those who just need a 3.5mm auxiliary cable to output only audio, Belkin also offers the RockStar 3.5mm Audio Cable with USB-C Connector. This accessory is a bit more straightforward. It features a single cable at up to 6-feet in length that ends in a USB-C plug at one end and a 3.5mm audio plug at the other.

Like similarly designed accessories, that lets users plug into their Samsung Galaxy S20, Galaxy S20+, Galaxy S20 Ultra, or Galaxy Z Flip on the one end. The other end can be plugged into any 3.5mm audio input jack such as those found on many car stereos. Belkin sells the RockStar 3.5mm Audio Cable with USB-C Connector at just $24.99

Belkin accessories for powering up

The most well-populated category for Belkin's Samsung Galaxy S20 series or Galaxy Z Flip accessories is geared toward powering up the devices. First up is the BOOST↑CHARGE USB-C to USB-C Cable with Strap. That's a four-foot durable, double-braided nylon USB-C to USB-C charging cable that comes in black, white, or pink colors. It also features a brown-leather button strap to keep the cable organized.

Unlike standard cables, Belkin's offering also features Aramid fibers at the core and elongated TPE ends. That adds to both flexibility and durability. And they're fully compatible with USB-PD charging standards for fast charging for just $24.99 from Belkin.

That charges at up to 18W via a single port via a four-foot cable at $34.99. So it isn't quite enough to hit the new Galaxy S20 series' 25W fast charging minimum. But Belkin's solution will charge faster and safer than many aftermarket chargers and comes with a Belkin Connected Equipment Warranty. That's worth up to $2,500 to replace the devices if something does go wrong.

Each offers the same Belkin Connected Equipment Warranty but both serve entirely different needs. Both also work with any Qi-enabled smartphone — or just about any wireless charging smartphone on the market. Each also works with cases up to 3mm thick as long as the case isn't metal.

The BOOST↑UP Bold Wireless Charging Pad 10W for Apple, Samsung, LG, and Sony is a home wireless charging solution. That offers up to 10W of charging power in white, pink, or black colorations.

Aside from its sleek, minimal design and a multipurpose LED indicator, Belkin's home wireless charger also features foreign object detection. That means the charger will actively stop any power delivery if certain objects are placed on the pad or between the phone and the pad. In effect, it adds a separate layer of safety. All of that costs just $59.99.

Last but not least, Belkin's Wireless Charging Vent Mount 10W – Wireless Car Charger is an in-car solution offering effectively the same benefits. The charger attaches to the air vent in a car and comes with a dedicated plug to utilize the vehicle's auxiliary power outlet. Belkin's in-car wireless charger costs $59.99.

The last of the Samsung Galaxy S20 and Z Flip accessories put forward by Belkin is the Linksys MX5 Velop AX Whole Home WiFi 6 System. As its branding implies, that's a WiFi 6 router. So it can help users get the fastest connection speeds possible even when they're not out on the town picking up 5G. For those users with a mobile data cap, that's a bonus. The router can ensure that users aren't burning through that when they're at home, without sacrificing speed.

Specifically, WiFi 6 offers up to 4-times the speed and the MX5 Velop AX Whole Home WiFi 6 System is no exception to that. With up to 12-stream connectivity, speeds of up to 5.3 Gbps are possible. Thanks to an associated app, that also comes with serious on-the-go control for the network and easier setup.

The router is additionally compatible with Velop Mesh WiFi nodes. So even if the extended range available with WiFi 6 doesn't quite cover the whole home, it's relatively easy to extend the network further.

The Linksys MX5 Velop AX Whole Home WiFi 6 System is set at a price of $399.99 direct from the Linksys website.