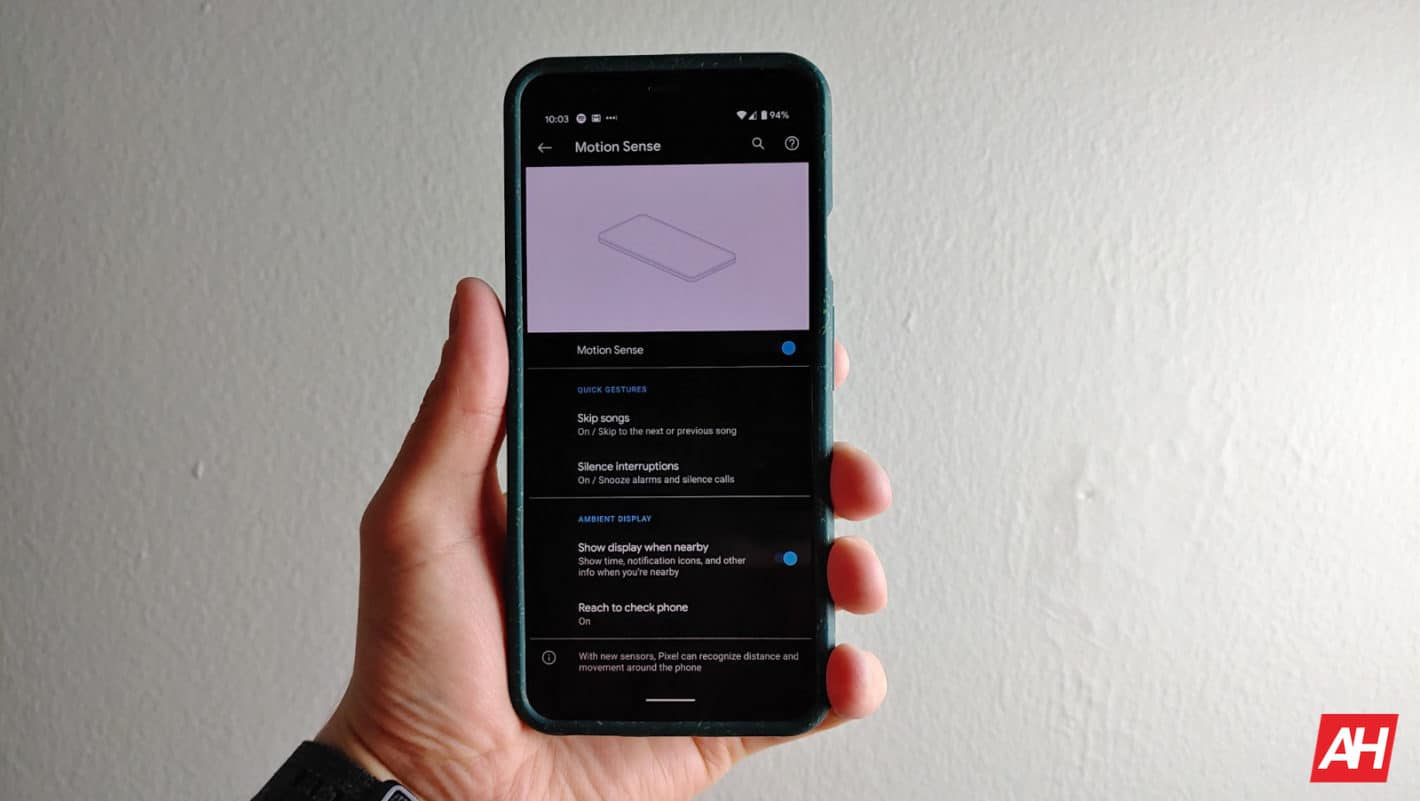 In Android 11, we're seeing a new Motion Sense gesture available for the Pixel 4 and Pixel 4 XL, which is the ability to pause music.

It is a somewhat useful gesture for the Pixel 4, but where the screen still needs to be on to use it, it's not entirely useful.

It could be a difficult gesture to master

Most of the Motion Sense gestures that Google made for the Pixel 4 were pretty easy to master – at least for myself.

But the gesture to play or pause music, is going to have a bit of a learning curve. According to the wording that Google put into the Motion Sense page on the Pixel 4, it says to "pause or resume music by tapping the air above the phone". Basically, your slapping the air. Which could become an issue if you do it to close to your phone. But with Motion Sense, you are supposed to be kind of far away from the phone anyways, for these gestures.

It still doesn't work when the screen is off though, which would make these gestures a lot more useful. Since you still need to turn the screen on to "tap the air" to pause your music, you might as well just tap the play/pause button. Since the music app also needs to be open.

One of the biggest complaints about the Pixel 4 – other than its tiny battery capacity – was Motion Sense. And it still is. That's because Motion Sense is really not that useful at all.

As mentioned already, you need to have your phone on, unlocked and the app open, to use any of these features. And at that point, you might as well just tap the screen and do it yourself. However, there is one feature of Motion Sense that works really well, and that's the quieting of an incoming call or an alarm as your hand gets closer to the phone. That is a really useful feature, and the only reason why I still have Motion Sense on.

Obviously, Motion Sense is still a first-generation thing, and Google is still trying to figure out what it can do with this Radar Chip inside the Pixel 4. Other than just doing better facial recognition. But these gestures are definitely not it. At least not in its current state.

Hopefully we'll see more changes when the Pixel 5 comes out in October.