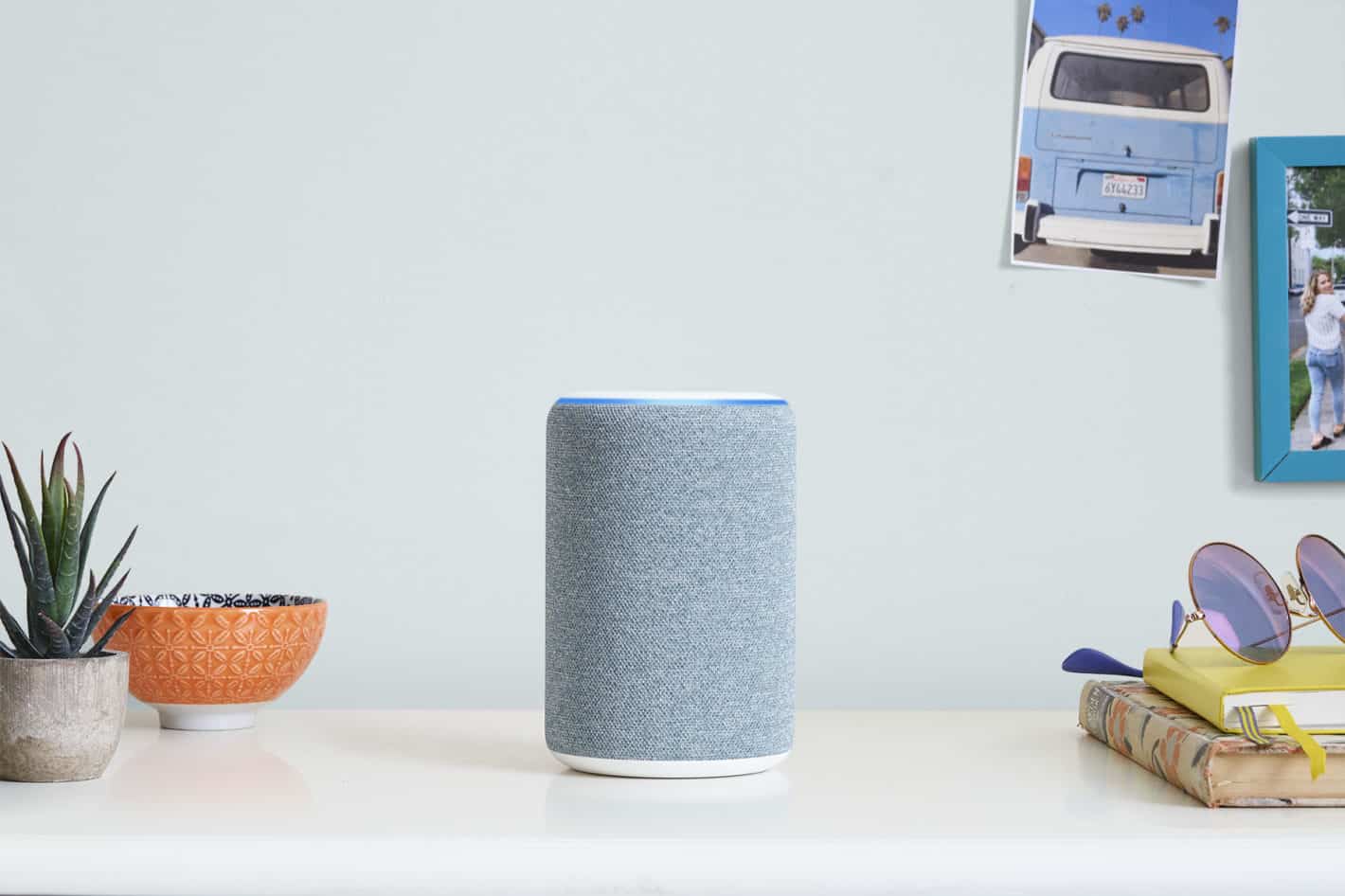 Amazon’s dominance in the US smart speaker market will continue through at least 2021, according to a new forecast by market research firm eMarketer. The firm estimates that the e-tailer’s market share will contract slightly over the next two years. However, the dip is unlikely to faze its dominance.

An estimated 69.7 percent of US smart speaker users will use an Amazon Echo this year, eMarketer’s report says. The figure is slightly down from 72.9 percent last year.

Another small drop is estimated next year. The research firm suggests that 68.2 percent of smart speaker owners in the stateside will use an Echo in 2021.

Though Amazon’s lead is slowly falling, it will continue to hold a dominant position for at least two more years. “We had previously expected Google and Apple to make more inroads in this market, but Amazon has remained aggressive,” said eMarketer principal analyst Victoria Petrock.

The only area where eMarketer says Amazon’s Echo devices fall short of the competition is the language support. Alexa doesn’t support as many non-English languages as its competitors, the firm states.

Although Amazon holds an enormous share of the US smart speaker market, eMarketer expects Google to gain some ground on the company by 2021.

The web giant’s Google Assistant-powered Home and Nest smart speakers will likely find their way into the houses of 31.7 percent smart speaker owners in the US by the end of this year, the report says. The numbers are expected to grow slightly to 32 percent next year.

The “Other” category, which includes Apple’s HomePod, the Harmon Kardon Invoke, Sonos One, and other smart speakers, will also gain some ground over the next two years. These less popular speakers will collectively crack the 18 percent mark this year.

Note that the total percentage adds up to more than 100 percent because some people use smart speakers of more than one brand.

Overall, eMarketer sees the US smart speaker market to grow to 83.1 million users this year. This marks a year-over-year (YoY) growth of 13.7 percent. The YoY growth will slip into the single digits next year. The firm expects this slow growth trend to continue for several years.

The number of users, however, will continue to increase as voice assistants expand beyond just the smart speakers and phones, and into cars and other smart home appliances. “Amazon’s next challenge will be to maintain its dominance in these other environments as well,” Petrock said.

Some 28.9 percent of internet users in the US currently use smart speakers, eMarketer says. The figure will likely rise to 30.5 percent next year. 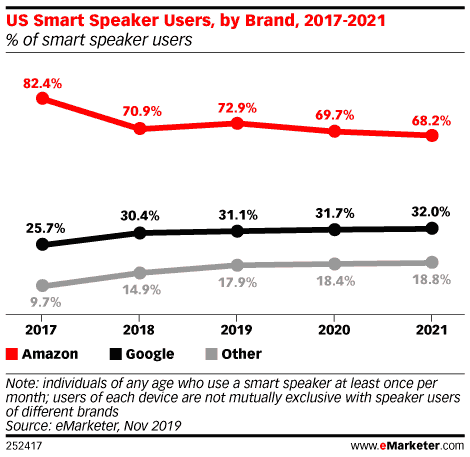