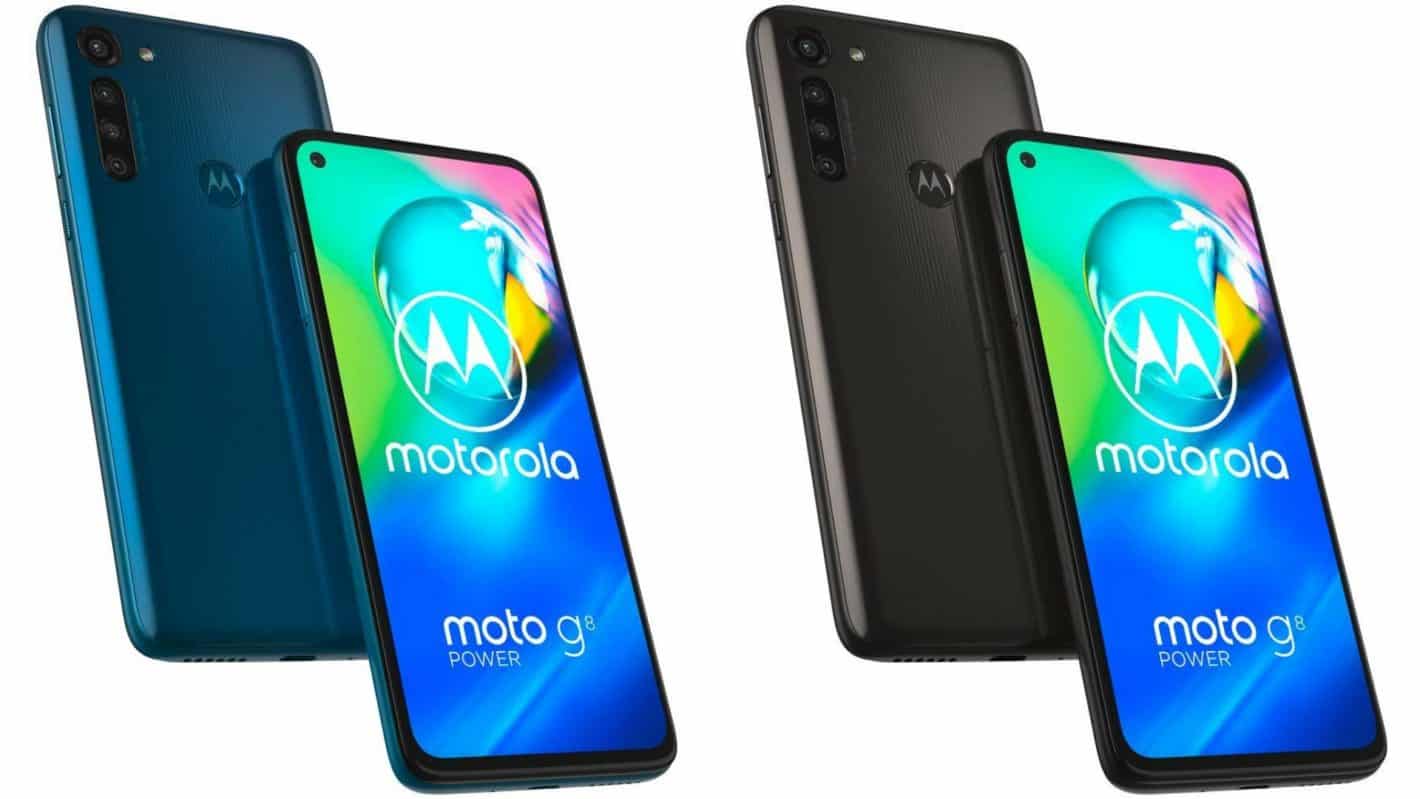 The Motorola Moto G8 Power design and partial specs have just been confirmed by Amazon. The device surfaced in two separate listings on Amazon UK, with plenty of renders.

The device appeared in Capri Blue and Smoke Black colors, and confirmed previous leaks, more or less. All the images that surfaced have been included in the gallery down below.

As you can see, the device will include rather thin bezels. Its ‘chin’ will be a bit thicker than the rest of its bezels, though. A display camera hole is placed in the top-left corner, while the display itself is flat.

The power / lock, volume up, and volume down buttons sit on the right-hand side of the phone. The phone’s corners are rounded, as are its display corners.

The device will include four cameras on the back. Those cameras will be vertically-aligned, and placed in the top-left corner. A fingerprint scanner will also be located on the back, embedded inside of the company’s logo.

The Motorola Moto G8 Power will be made out of metal and either glass or polycarbonate. Amazon’s listing does not really clear things up in that regard.

The phone will feature a 6.4-inch fullHD+ display, that is something the site does confirm. The Snapdragon 665 64-bit octa-core processor will fuel the phone, while the device will include 4GB of RAM and 64GB of storage.

The device will include a large 5,000mAh battery

A 5,000mAh battery will also be included here, along with two SIM card slots. Amazon also confirms that Android 10 will come pre-installed on this smartphone.

The device will feature stereo speakers, tuned by Dolby. The source also says that a 16-megapixel main camera will be placed on the back, along with a 2-megapixel macro camera.

As you can see, some information is missing here. Luckily for us, the phone’s specs did surface quite recently, to fill in the gaps.

A 25-megapixel camera will sit on the phone’s front side, and according to rumors, the device will support 18W fast charging. Two SIM card slots will also be available here. We’re still not sure when will the device arrive, but chances are it will be announced alongside the Moto G8 and G Stylus.