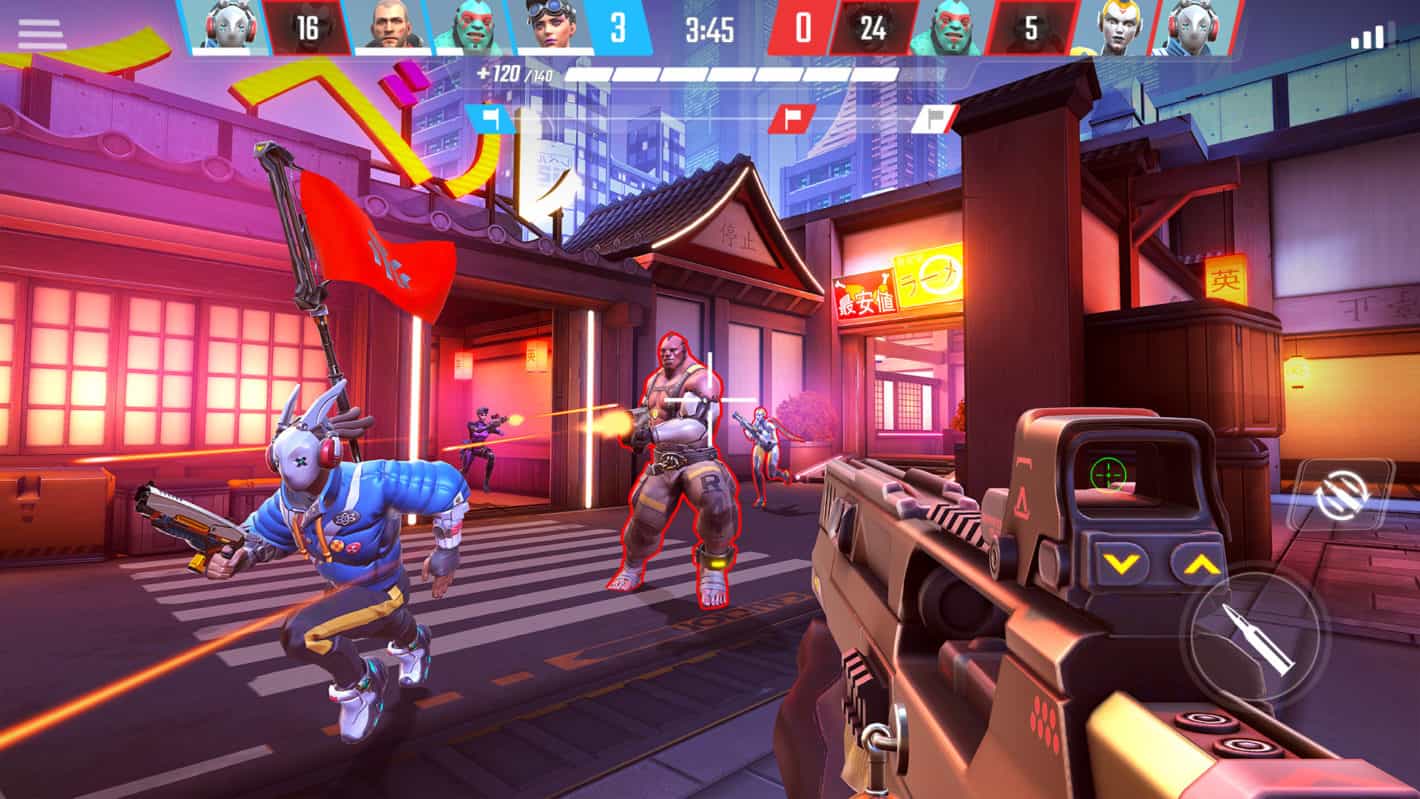 Shadowgun War Games is finally available to all players, as Madfinger Games launches the game today. It went live on the Play Store earlier this morning and is open for anyone willing to step in.

This is following weeks of closed beta testing to allow players to get a feel for the game. More importantly though, to help the developers iron out any bugs that may have still been present.

With the game now fully available, players should have access to all of the game’s current content.

During the beta, only a small portion of the game’s features and playable content were accessible. But with a full rollout, all main gameplay features are here.

Shadowgun War Games is available will all modes and features

The game is officially live and that means you have access to everything that Madfinger intended for the launch version. This includes the team deathmatch mode that was available during the beta, as well as a capture the flag mode.

You will not however be able to select and play capture the flag immediately. That’s because it unlocks at rank 5, so you’ll have to stick with team deathmatch for a little bit.

That’s not all bad though, as it’ll let you become a little more familiar with the gameplay and mechanics first. If you’re new to the game and didn’t get a chance to try out the beta version, this will be helpful.

The game starts you off with a tutorial

What’s also helpful are tutorials. At least for anyone new to the game. As soon as you load Shadowgun War Games up for the first time, you’ll be met with one of these as soon as you tap the Play button.

It’s a pretty short tutorial so even if you have played before, it won’t take more than a minute or two to get through. Afterwards you get to move right into playing the regular game.

You can also only select from three characters at the start as you’ll need to unlock the other though leveling up. Just like with the capture the flag mode. Available characters from the beginning include Slade, Revenant, and Sara.

Meanwhile Willow unlocks at rank 8 and Jet unlocks at rank 12. There are also seven other character slots listed after Jet that are displayed as merely “coming soon,” so these are characters which are still in development and won’t be added until a later update.

That being said, if every slot gets filled then it would seem Madfinger Games has plans to add at least seven more characters, which would give the roster a much more varied selection and make for some interesting matches.

There are two other “locked” modes that are listed as coming soon as well. So look forward to seeing what else there is in the near future.

The battle pass: go premium or stick with free?

If you missed the detail before launch, Shadowgun War Games has a battle pass. There are three tiers. A free version which is automatically available the moment you login, a premium version which gives you access to better unlocks at each rank, and a premium battle pass+, which comes with even more stuff.

It’s 800 credits for the premium pass, which opens up premium challenges, gives you a 50-percent seasonal XP booster, exclusive skins, and more. The Premium+ versions is 2,200 credits as part of a launch sale. Though it’ll normally cost 3,000.

So all in all you end up spending about $40 to get right to the 3,000 credits. It’s a bit steep, but remember you don’t really need to buy either pass. The only thing you get from the premium+ pass is extra seasonal XP boosts and mostly aesthetic stuff that can be picked up, like emotes, more avatars and frames and additional skins.