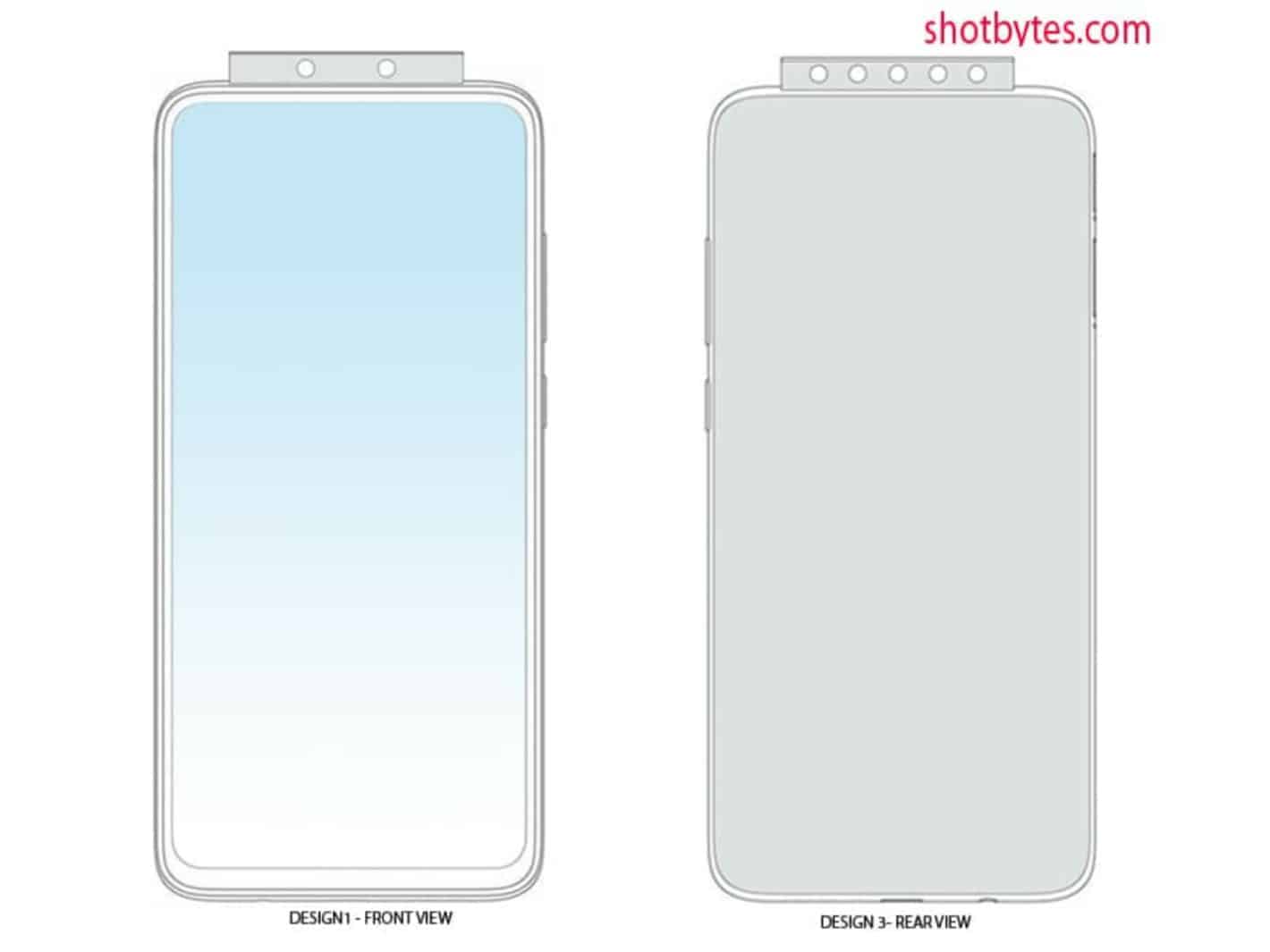 To be more specific, Xiaomi was granted approval for three different smartphone designs with pop-up cameras. All of these designs have the same-looking pop-up camera module at the top, but the camera counts are different.

The difference is in their rear cameras. Rear cameras are also placed inside that pop-up camera module, interestingly enough. The first design includes two of them, while the second one sports three. The last design includes a whopping five cameras on the back of that module.

Truth be said, we’re not even sure how would Xiaomi be able to fit in seven cameras inside a single pop-up camera module. That would actually be quite interesting to see. It also begs the question, why not just include those rear cameras on the back of the device? Well, probably because the company wants to make the phone looks cleaner, sleeker.

That’s probably our guess, as such a device would look unique, for sure, it would not have visible cameras at all. As it’s usually the case with these design patents, one such phone may arrive, and it also may not, we’ll see.

In regards to these patents sketches that you can see, it’s worth paying attention to the front side of the device as well, of course.

As you can see, the front side of the phone does not have any notches or display holes. That is, of course, the case because its cameras are all included in that pop-up camera module.

The thickest bezel is placed at the bottom of the phone, while its bezels are quite thin overall. The display corners are rounded, as are the phone’s corners in general.

The power / lock button is placed on the right-hand side of each of these smartphone designs. The same goes for the volume up and down buttons.

The company had released several smartphones with pop-up cameras

Xiaomi does seem to be stepping away from the pop-up camera designs, so it will be interesting to see if any of these designs will become a reality. 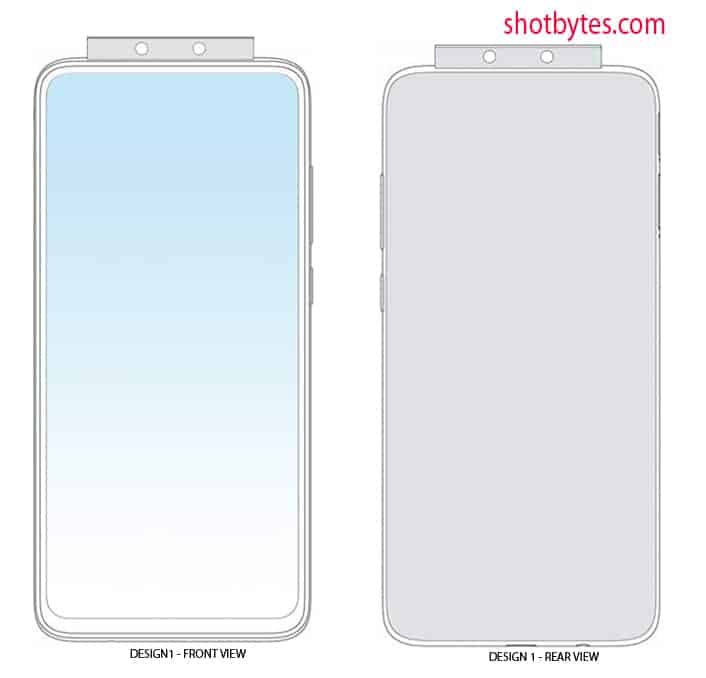 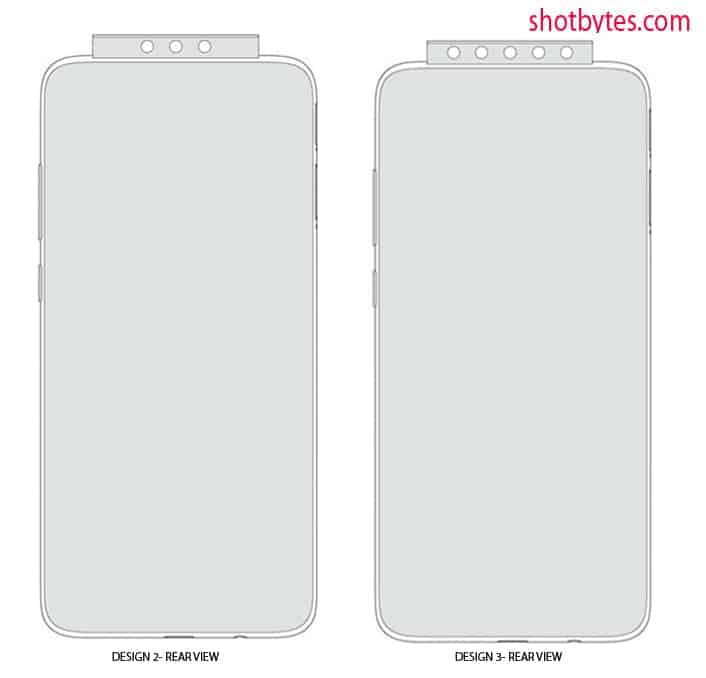 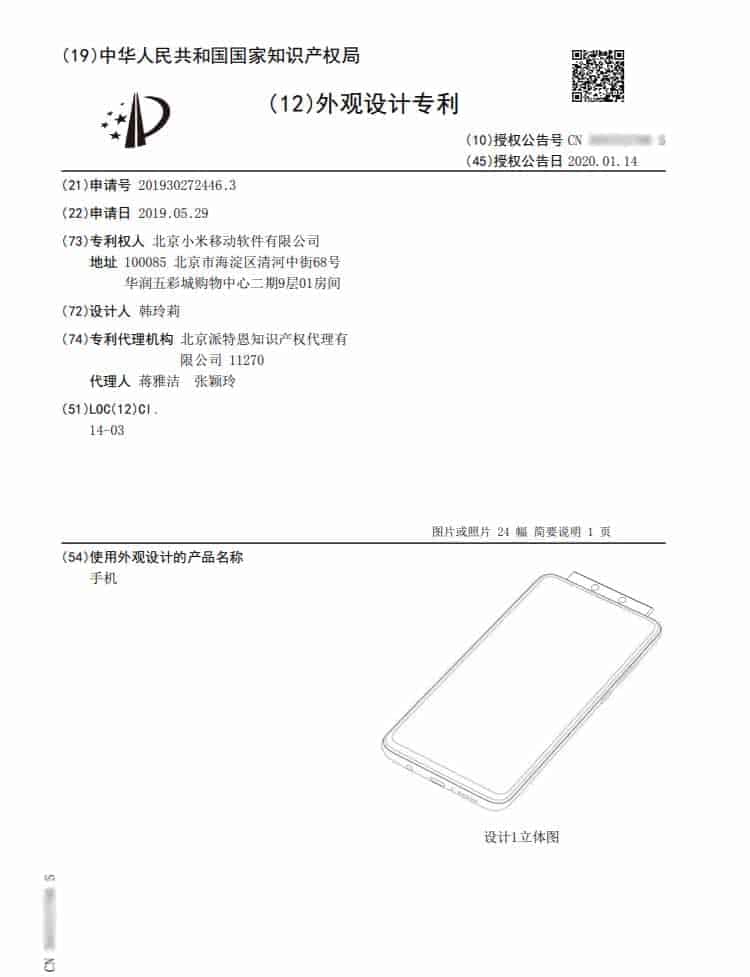 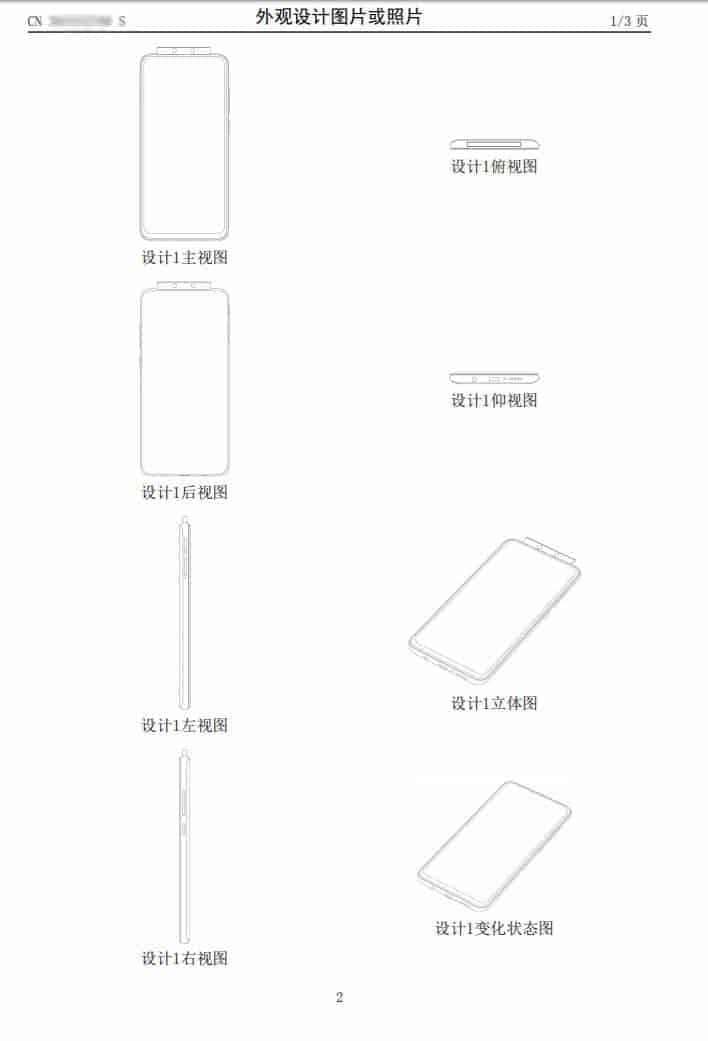 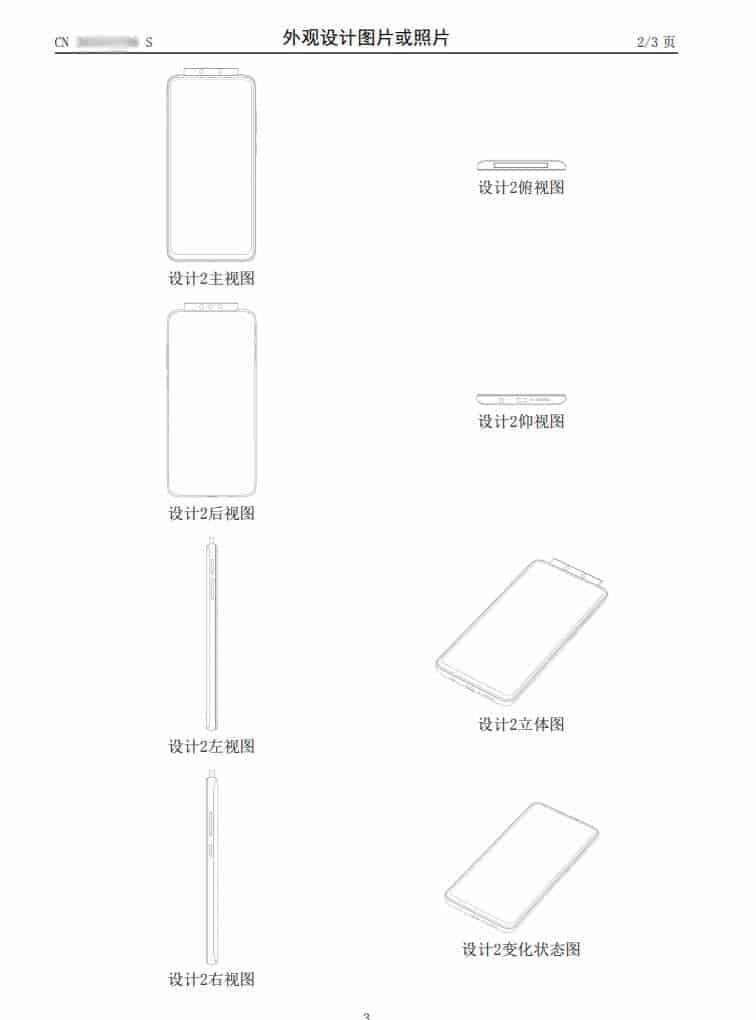 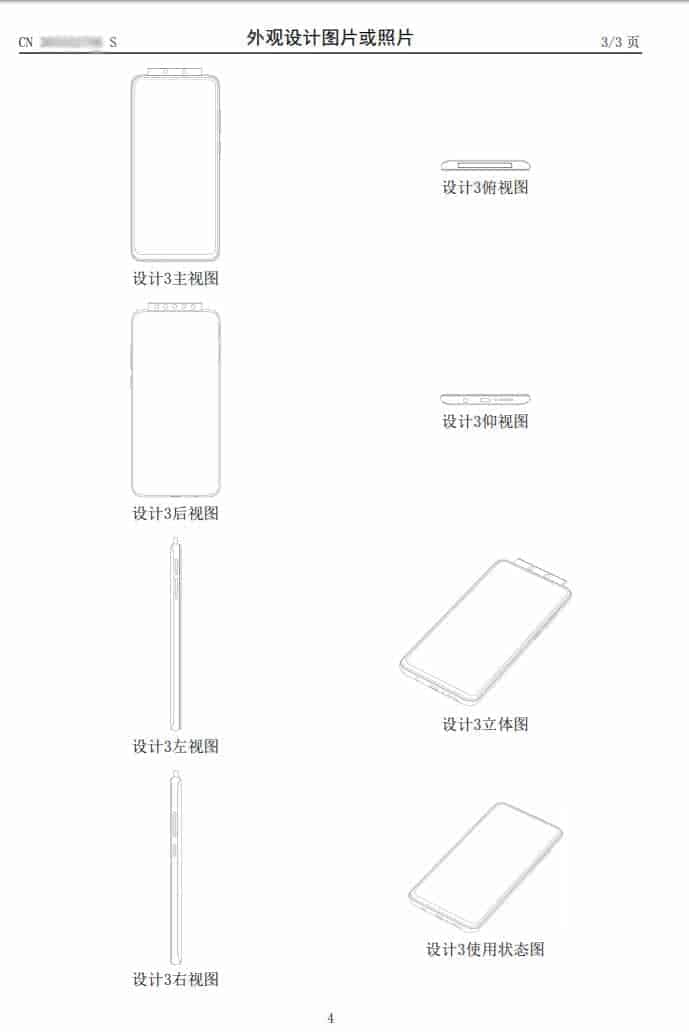 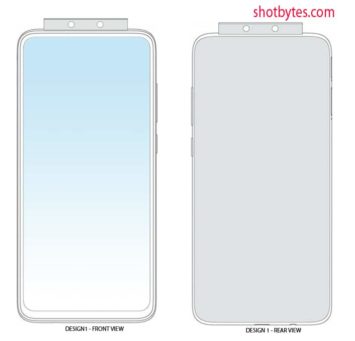 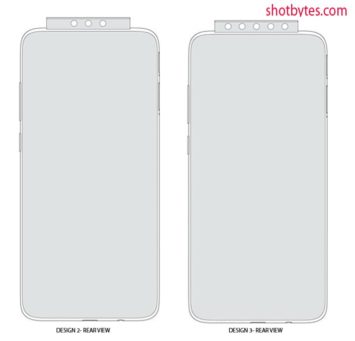 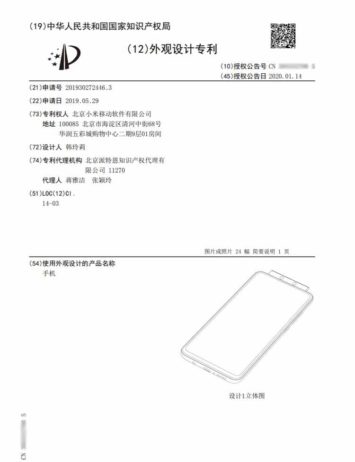 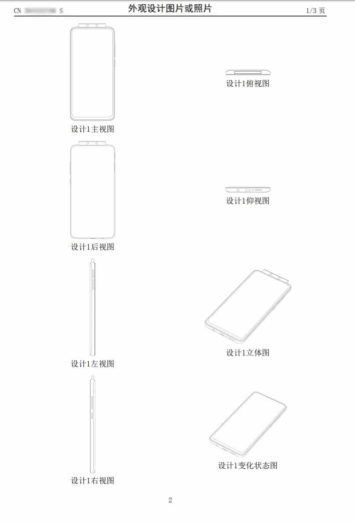 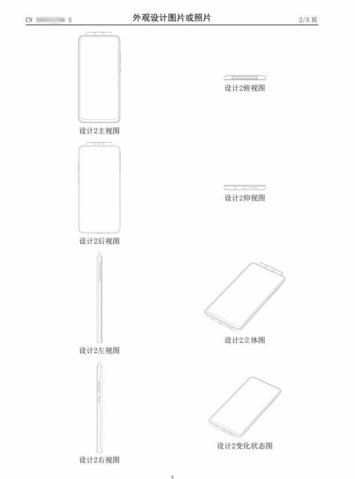 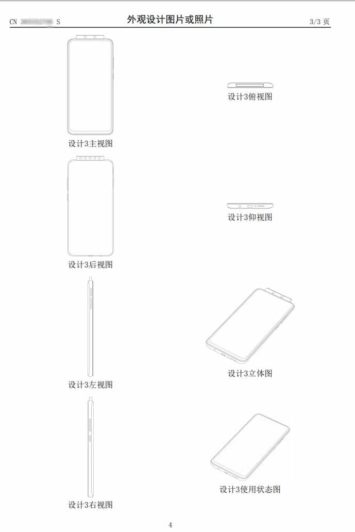