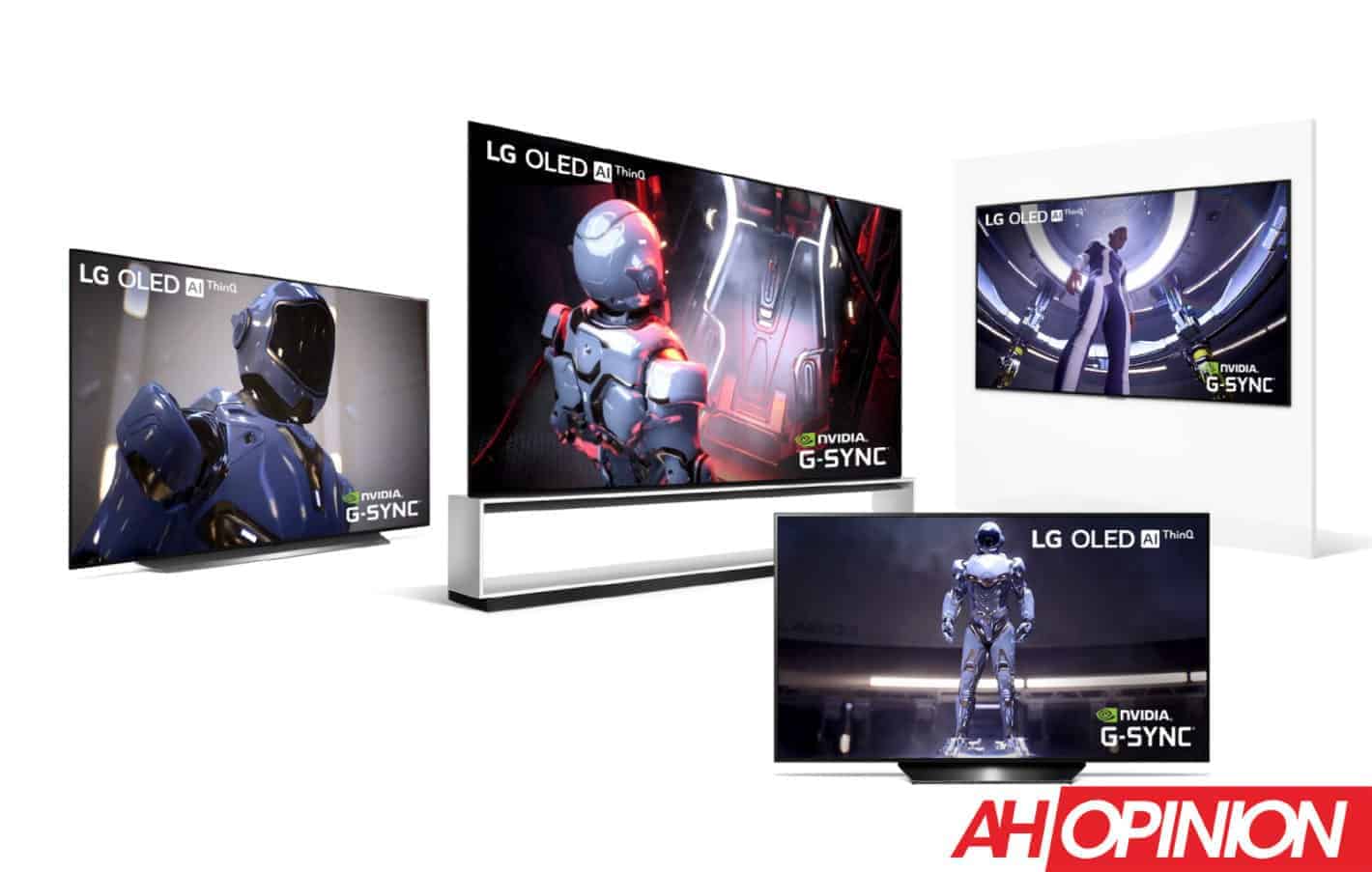 PC gaming enthusiasts are a passionate bunch, and for quite some time TVs have never really been the best option to use in place of a monitor.

In recent years that has changed a little as TVs have improved, but this year's CES has seen the real shift towards making them more viable.

TVs may not be the best PC gaming monitor for most, yet

This year and going forward, TVs are starting to become an excellent option for PC gamers. For some, monitors will still be the best option. Not to mention preference is still a big factor to consider. As is space. Some PC gamers for example may not have a big enough desk to fit a larger TV on.

Those that do may want something that is big enough to see more of the games they're playing, but not too big. Seeing as you tend to sit fairly close to the monitor. In fact, sitting close to the monitor is a big reason why I personally tend to prefer something around 34-inches or smaller for my own setup.

I've tried playing PC games on a large 55-inch TV before, and for the most part it just feels too big to use when my face is less than two feet away from the screen. My opinions have started to change though.

And size isn't even really the biggest reason to have avoided using a TV in the past. It was more about the increased amount of tearing you would get compared to a dedicated PC gaming monitor.

More TVs are starting to support G-Sync and FreeSync

TVs with 120Hz refresh rates have been around for a few years now at least, but that was never really the major issue when it comes to using them as PC gaming monitors.

The problem really was the amount of tearing you'd get in games compared to a dedicated monitor. That's changing this year though. Numerous TV manufacturers are starting to support G-Sync and FreeSync on their TV sets.

And CES 2020 was a big display (no pun intended) of that. LG, Vizio, and Sony are all major TV brands which announced new TVs that had support for these technologies, just to name a few.

LG for instance announced a range of new TVs this year. Sporting OLED panels, and at least a few of them officially have support for NVIDIA G-Sync.

This is a common and popular technology to have in your gaming monitor. As it helps minimize tearing in games for a smoother experience with better motion clarity. This year, LG is offering it on TVs out of the box, compared to its 2019 TVs which received it only after an update late in the year.

What's more, is that LG's TVs with G-Sync are likely to start at 48-inches in size. Which is a lot larger than most dedicated gaming monitors, save for a select few.

Where LG is more in the premium space for TVs, brands like Vizio are considered to be more of an entry level product. At least where price is concerned.

This bodes very well for Vizio and for PC gamers. Vizio is also kind of taking things a step further than LG. Because Vizio is supporting PC gaming features on its entire 2020 lineup. Things like FreeSync, Variable Refresh Rate, and more are going to be available on any model that releases this year, compared to the few that LG will be offering.

And since they're highly likely to be hundreds less than what LG offers, gamers will be able to pick up a TV with a large display that won't cost them an arm and a leg.

Like LG, Vizio hasn't mentioned any exact pricing. That being said, the cost is certainly going to be less than what you will pay if you go with a dedicated gaming monitor of the same size. Acer's Big Format Gaming Display announced this year is a good example.

BFG displays are costly, so TVs are a better value

Unless you have some disposable income to throw around, BFG displays probably won't be a realistic option.

They won't be cheap. Take Acer's CG552K display for example. This is a 55-inch monitor. It's also a proper gaming monitor. Complete with a 120Hz refresh rate and 4K resolution.

It's also G-Sync compatible, though it still has to go through the proper validation from NVIDIA. Acer says it will be submitting the monitor for this once it gets closer to production.

The G-Sync aside, this is a prime example of what monitor manufacturers are doing to entice the consumers in the PC gaming market that want really large screens. You'll pay for it though. A lot, as this particular monitor will retail for a starting cost of $2,999.

TV options with G-Sync and FreeSync from TV brands will no doubt have lower prices. So going with a TV instead of a proper monitor makes more sense than ever. That is, if you actually want a large display.

Some older TVs may serve the same purpose

While TVs in 2020 are bound to be the most supported for PC gamers, some older models will do the trick as well.

They may not have as many gaming-related features or improvements, but they work. Some older Samsung TVs support FreeSync now. And as mentioned above LG's TVs from last year were updated in the Fall/Winter to support G-Sync.

And there are likely other older models that may receive support. When it comes to cost, these may be the best option if you're looking to save money. Since manufacturers and retailers may look to move as many older units as they can to make room for newer models by slashing prices on older stock.

The point is, if you game primarily on PC, and want a display that's on the bigger side (45-inches or more) then you may want to consider a TV. There are options out there now that can offer a great PC gaming experience, and they will only get better.

Not to mention you'll pay less money compared to actual gaming monitors of the same size.

In the end, it really does come down to preference, space, and cost. But gamers no longer have to be limited to monitors and monitors alone if they want better motion clarity and gaming-specific features.