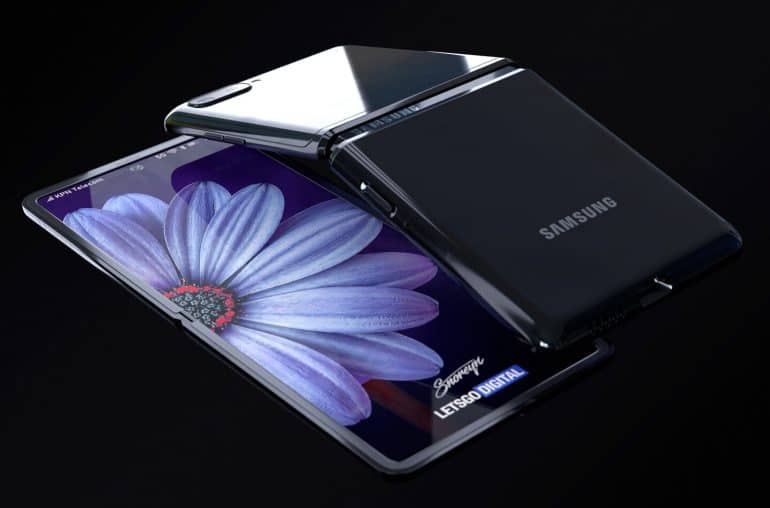 More Galaxy Z Flip specifications have now emerged, thanks to Max Weinbach from XDA Developers. As recent developments have been hinting, Samsung’s next foldable phone will not be as premium as the first one. And the new details point towards the same.

Weinbach suggests that the Galaxy Z Flip will be like a folding Galaxy S10e. This implies that it will neither be as powerful nor as spec-heavy as the upcoming Galaxy S20 range.

The phone will apparently sport a Dynamic AMOLED display. And as rumored before, it will feature Ultra Thin Glass which will be more durable than Polyamide (PI) plastic. However, the latest round of tweets claims that the display will still have a crease.

The device will reportedly come with a physical fingerprint reader that will be mounted on the side. There is some confusion regarding the outer display though. Although it’s expected to be really small, it will either be 0.1-inch and 1-inch, although the latter seems more plausible.

The secondary panel will supposedly not be a full-fledged screen and it will have limited functionality instead. It will basically be used to check battery stats and charging speeds. Moreover, it will likely be used as a viewfinder for the camera too.

The Phone Is Also Tipped To Offer Bilateral Charging

According to a previous report, the foldable handset will come with something called a double pivot hinge. This will allow users to lock the phone at any useful angle. This means it will be fairly simple to use the device in a kickstand mode at 90 degrees.

If that sounds fun, there is more. Rumor has it that if you shut the display of the Galaxy Z Flip in the middle of a phone conversation, the call will end.

As for the other Galaxy Z Flip specifications, it will likely sport a 6.7-inch main screen. Per reports, it will have last year’s Snapdragon 855 SoC inside and get 256GB of storage. The device will likely be available in the colors black and purple. The phone will apparently come preinstalled with Android 10-based One UI 2.1.

Some recent reports claim that the phone will not cost around $900 as rumored earlier. Instead, it’s tipped to carry a price tag of around $1,500.

While that news might put a damper on your excitement, the alleged price is still less than that of the Galaxy Fold. That said, since Samsung allegedly wants to drive up the adoption of foldable phones with the Galaxy Z Flip, the earlier rumors might turn out to be true.