Nokia brand licensee HMD Global has now announced Android 10 for three more phones. The company says that the latest version of Android is now available for the Nokia 6.1, the Nokia 6.1 Plus and the Nokia 7 Plus.  All three phones were announced back in 2018.

Users will get to enjoy various new features with Android 10 such as gesture navigation, smart reply as well as improved privacy controls, focus mode to mute distracting apps, and family link to help guardians lay down digital rules.

Needless to say, OS updates are quite hefty. Thus, it is recommended you download them over Wi-Fi and not data.

Previously, Android 10 was rolled out to Nokia 7.1, Nokia 9 PureView and Nokia 8.1. All these phones are a part of the Android One program. They run the near-stock version of Android. Android One phones also get OS upgrades for two years and regular security updates for three years. 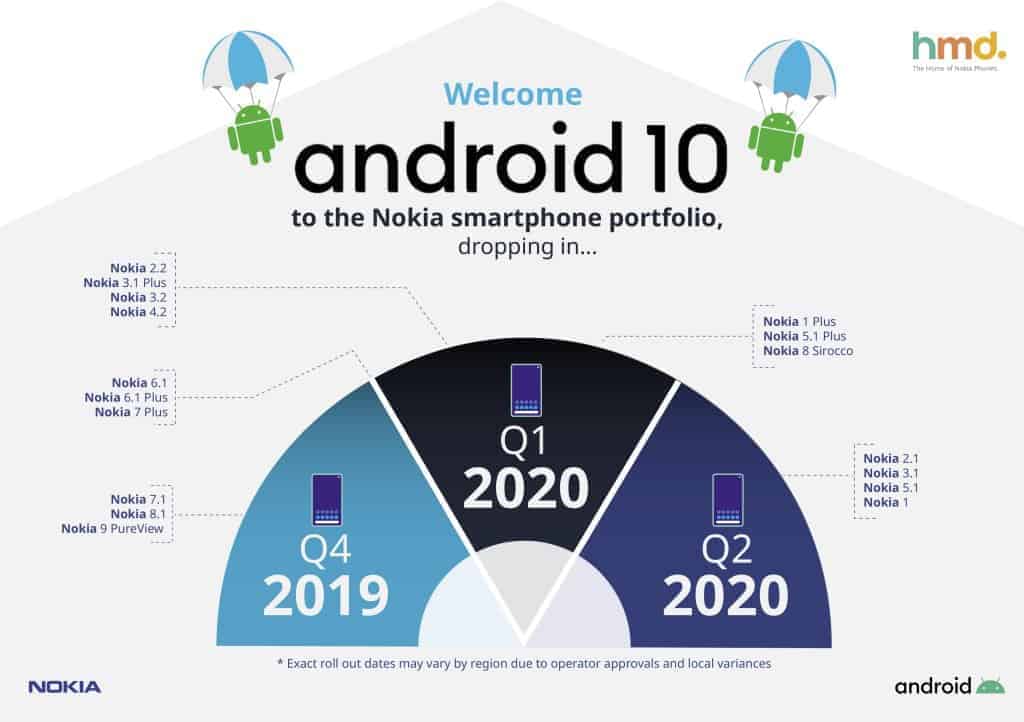 At this point, a total of six Nokia handsets are on the latest version of Google’s OS. HMD Global had previously committed to updating three of its phones in Q4 2019 and three in Q1 2020. So far, it’s following up on the plan nicely.

According to the analytics firm Counterpoint Research, HMD Global is the quickest company when it comes to software updates. By Q3 2018, a whopping 96 percent of Nokia handsets were already upgraded to Android 9 Pie.

Last year, HMD Global was a bit slow at first with the Android 10 deployment. It rolled out the latest OS to Nokia 8.1 in October, which was joined by Nokia 9 PureView and Nokia 7.1 in December. However, from then on, updates caught pace and everything is now progressing smoothly.

It sure seems like the vendor wants to maintain its lead. HMD Global claims it has been the swiftest again with the latest Android OS deployment.

After a successful 2018, last year wasn’t all the great for the company. It saw its shipments decline, as its phones failed to keep up with competing devices.

However, it’s good to see that the sales numbers haven’t affected the company’s commitment to swift OS updates. With a slew of new devices expected this year, there is surely still hope for the vendor.