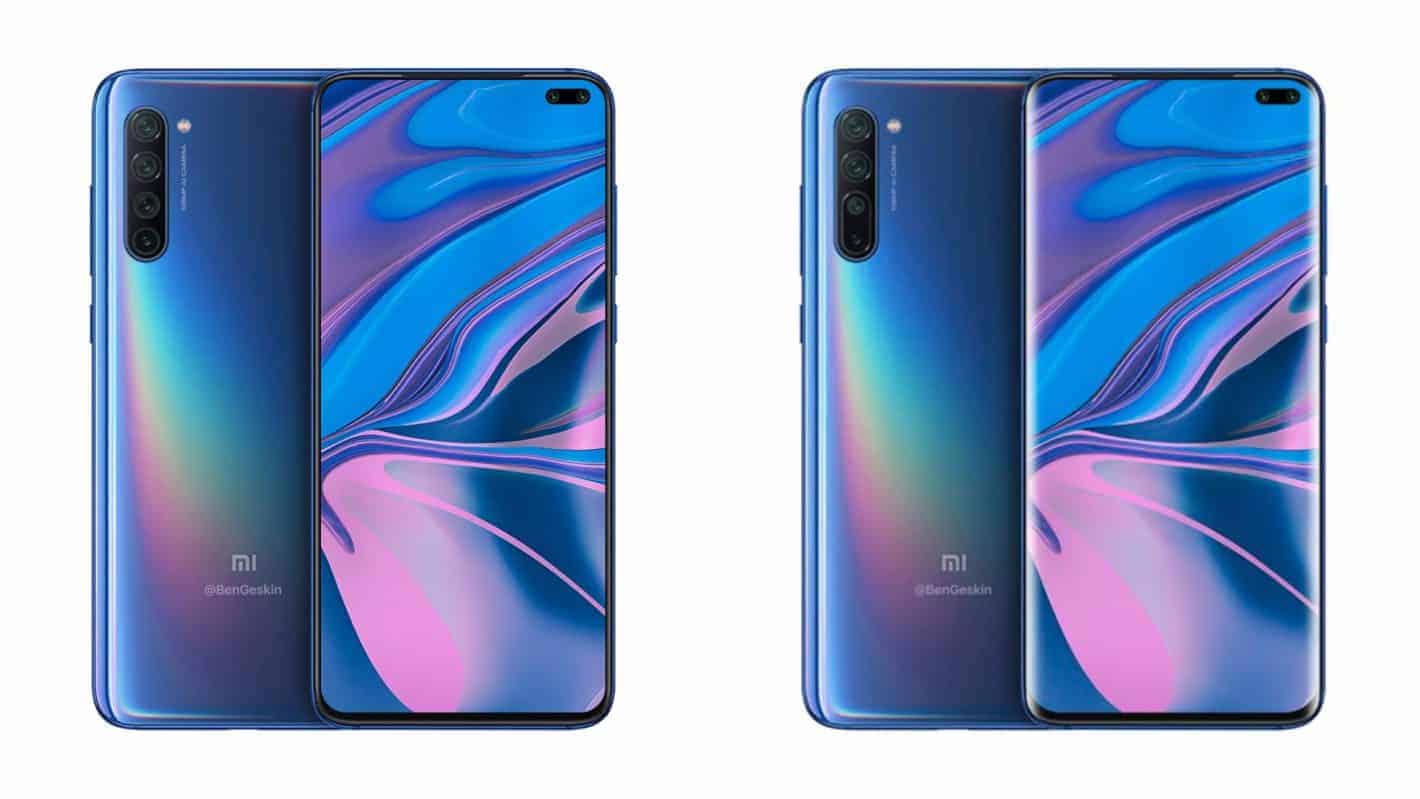 The Xiaomi Mi 10 and Mi 10 Pro are expected to arrive in Q1 this year. Some information regarding both Xiaomi Mi 10 devices already leaked, and now concepts based on leaks have surfaced.

These concepts come from Ben Geskin, who is well-known for his concept work. He designed both of these smartphones, using information that surfaced one way or the other. Do note that these are not leaked images.

As you can see from the provided images, these two phones will look quite similar, if rumors are to be believed. Both devices will be made out of metal and glass, and both will include vertically-aligned cameras.

Both phones are said to sport four cameras in the top-left corner of their back sides. Those camera setups will not be identical, though. Rear cameras on both phones will protrude on the back, while an LED flash is expected to be moved to the side.

Both phones are expected to include an in-display fingerprint scanner, which is why that sensor is not visible on their bodies.

Now, the Xiaomi Mi 10 will probably include a flat display, while the Mi 10 Pro is said to sport a curved one, as these concept images suggest. Speaking of the display, you'll also notice display cutouts here.

Both phones will probably include a pill-shaped display cutout for the selfie cameras. This is reminiscent of the Galaxy S10+. Those camera holes will be placed in the top-right corner of the display.

Both devices will also sport a curved back side, and Xiaomi's branding on the back. Physical buttons will probably be moved to the right side on both phones.

Both devices are expected to sport a 6.5-inch OLED display & the Snapdragon 865

The Xiaomi Mi 10 is rumored to sport a 6.5-inch OLED display with a 90Hz refresh rate. A display of a similar size is expected on the Mi 10 Pro as well, but a curved one.

The Snapdragon 865 will fuel both smartphones, that much has been confirmed by Xiaomi. Both devices are also expected to include a 4,500mAh battery, though the Mi 10 Pro will offer faster charging (66W one).

Android 10 will come pre-installed on both phones, along with Xiaomi's MIUI 10. These two phones are expected to arrive in February, though Xiaomi did not confirm anything just yet.