Data shows that people these days are upgrading their smartphones less often. A Strategy Analytics report last August revealed US consumers are now keeping their phones for nearly three years before upgrading. However, most smartphones these days only offer one or at most two years of warranty. And when they do, they obviously don’t cover accidental damages. So if you end up breaking your phone’s screen phone or dropping it into the water, you’d need to cough up a hefty amount of cash to either repair it, or replace it altogether.

A company called Teracube wants to change that with its Teracube One smartphone. The company has launched a new Android smartphone with four years of warranty, at just $249. This crowdfunded phone also comes with accidental damage coverage, including screen repairs and water damage, for a flat fee of just $39.

Furthermore, Teracube is promising free battery replacements throughout the four year warranty period. Once your phone runs out of warranty, subsequent battery replacements will cost $39. There’s also an express replacement option covering shipping charges so that customers will never be without a phone. If you damage your phone, you can pay the fee of $39 and send your broken phone to get a close-to-new phone in return. Teracube will repair that phone and re-sell it, or send it to another customer who might’ve broken their phone.

This not only makes sure that the customer will always have a phone in hand but also reduces e-waste. As Teracube says, “the longer you keep Teracube, the more sustainable it becomes.” Over 135 million smartphones are thrown away every year in the US alone.

Teracube One: A smartphone that lasts for years

The Teracube One is a mid-range Android smartphone that’s designed to last for years. It sports a 6.2-inch Full HD IPS display with gorilla glass protection. The display has a slightly wider notch housing an 8-megapixel front-facing camera, an earpiece, and other sensors. The phone is powered by the MediaTek Helio P60 octa-core processor with 6GB of RAM and 128GB of storage. There’s also a headphone jack and a microSD card slot on this phone.

The glass-made back panel houses a capacitive fingerprint sensor and a horizontally stacked dual camera setup consisting of a 12-megapixel primary camera and a 5-megapixel depth sensor. There’s also an LED flash. The Teracube name and logo are present down near the center bottom of the back panel with the words, “Designed in Washington. Assembled in China.”

There’s NFC, dual SIM support, and Bluetooth 5.0 as well. The whole package is fueled by a 3,400 mAh battery that charges via a USB-C port. Teracube is supplying a 5V/2A charger in the box.

The Teracube One ships with Android 9 Pie (stock Android) and the company promises three years of Android version updates. Android 10 is scheduled to arrive in Spring 2020. The phone will also get quarterly security updates.

Teracube launched its Kickstarter last year and has raised over $125,000 so far. The company has priced the phone at $349 but you can grab one at just $249 during an IndieGogo crowdfunding campaign. The smartphone is carrier unlocked and supports GSM networks. Teracube expects to begin shipping the phone later this month.

So if you’re looking to buy a budget-friendly smartphone that you can stick around with for at least four years without caring much, Teracube One is probably the phone for you. The only thing of concern here is whether Teracube will be around for four years to honor the warranty. Founded by former Microsoft, Amazon, and IBM engineers, the company has no track record of its own. That said, Teracube One is still a decent mid-range phone at $249, even without that four-year warranty. 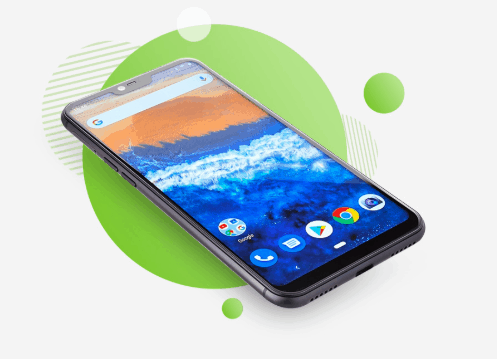