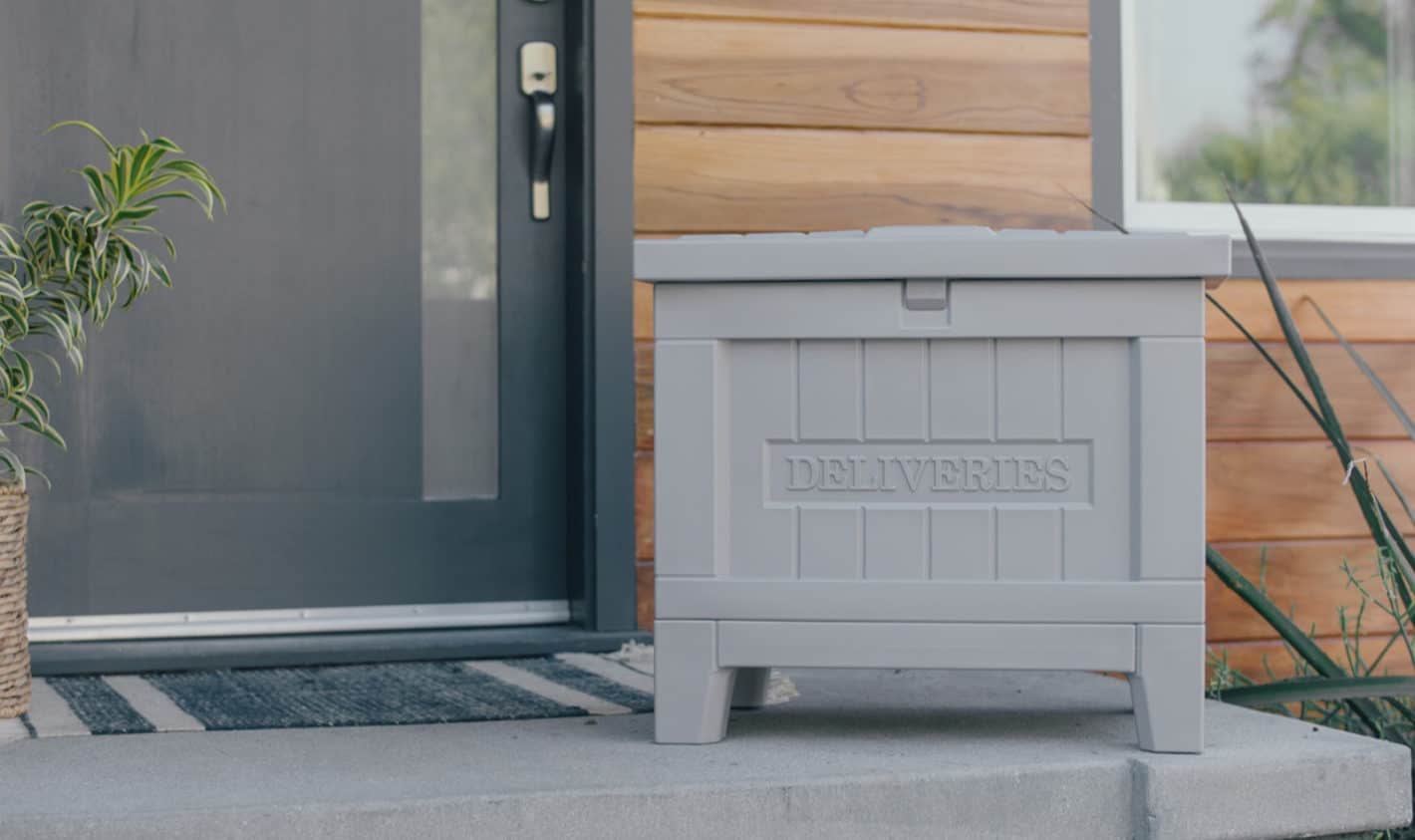 Yale Home (the company that makes smart locks) is fighting back against package thieves with its new Smart Delivery Box.

The stylish package container for your porch was announced officially today during CES 2020. It works in conjunction with a companion app so that owners have full control.

Yale Home will be offering three different versions of this, each with slightly different pricing. Though, the company isn't launching it until later this Spring which means it's not quite available for purchase.

Ok, so the box can securely hold your packages and perishable deliveries, keeping them locked tight inside so thieves can't get in and take them.

But what's to stop them from taking the entire box itself? Weight. Yale Home designed the box so that it can be weighted down with sand, making it relatively heavy, and potentially too heavy for people to take.

It's unclear exactly how much sand the box can hold. However, it probably doesn't matter. As the weight of the box together with any packages inside and the sand is likely heavy enough. This would probably prevent anyone from being able to pick it up.

If you're still concerned, there's an option to tether it to the porch as well. So you could simply weight it down and tether it for maximum effect.

You won't always be home to receive packages. Which is why this sort of device exists. To keep those packages safe.

Of course keeping them safe requires it to be locked. It also needs to be open for anyone to place deliveries inside. That's why locking and unlocking the box is done through the companion app remotely.

So when you need to unlock it for the delivery service, even if you're across the city or out of state, you can. You're also alerted to when packages are placed inside so you can lock it up again.

You set everything up and control it from the Yale Access app. Meaning you'll need to have that installed on your smartphone to use it.