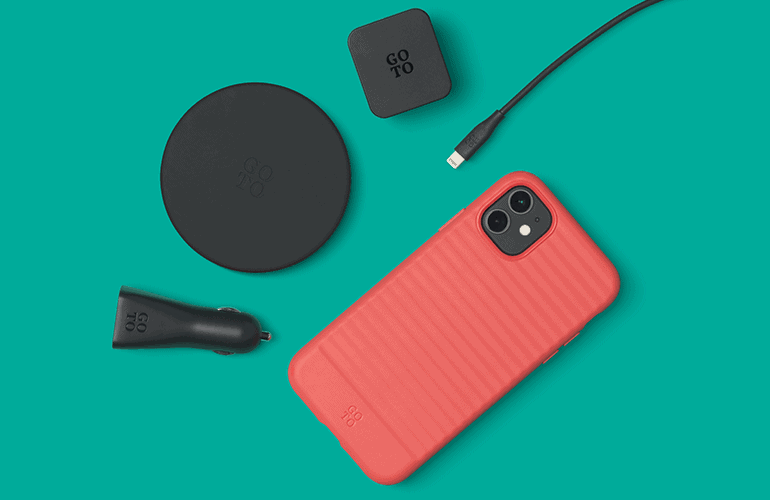 Carriers are in the business of offering smartphones, but smartphones need accessories. T-Mobile is launching a new smartphone accessories line, GoTo, to meet accessory needs.

In addition to cases, screen protectors, and chargers, the new line offers headphones. Case-Mate, Tech21, Belkin, and other brands are available. Alongside these, the carrier has its own $15 GoTo USB-A wall charger with a 5K battery pack, cases, and more. The new accessories cover the Samsung Galaxy lineup as well as Apple's iPhones.

T-Mobile's new GoTo accessories line sells accessories, but it can't sell accessories without phones. To sweeten the deal, T-Mobile offers the Galaxy S10 or Galaxy Note 10 with a BOGO deal: buy one and get one free. The catch, though, comes in the form of two years of bill credits. New customers have to add two lines to get this Samsung deal. Current customers, on the other hand, need only add one additional line to qualify. This deal goes for the entire Galaxy S10 and Galaxy Note 10 series. Customers don't have to pick the most affordable flagship to experience this deal.

New customers who switch from another rival carrier to T-Mobile can get $400 off any phone in the Galaxy S10 or Galaxy Note 10. As with the first deal above, the $400 discount comes via two-year bill credits.

GoTo: the genius behind the new T-Mobile smartphone accessories line

Smartphone carriers realize today that they're in a race for customers and dollars. In the past, carriers have been phone-centric, focusing on phones while leaving accessories to online brands like Amazon. In this phone age where customers want more for their money, carriers are finding it hard to maintain customer spending. With new smartphones offering little newness, customers are keeping their phones longer. This means that, over time, a smartphone case and screen protector serve an important role to prevent buying a new phone.

With the new GoTo smartphone accessories line, T-Mobile wants to retain customer spending. If customers aren't buying new phones, they can stock up on new accessories. When one considers that customers spend for cases, screen protectors, and battery packs, it's easy to see the appeal in selling accessories. T-Mobile may not make another $1,000 phone sale, but it may find 10 customers purchasing $100 worth of phone gear. That, in and of itself, compensates for the loss of phone sales.

T-Mobile's new GoTo smartphone accessories line wants to keep customers in its stores, whether virtual (online) or brick-and-mortar (nationwide). To do that, it has to offer customers what they want. While T-Mobile is offering popular accessory brands, the carrier is selling its own new brand, GoTo, in hopes that it will make even more money than the rest. Customers may come for the Belkin or Tech21 case, but T-Mobile hopes they'll eventually invest in the GoTo brand.

Some see the new accessories line as a way for T-Mobile to make more money and grow its brand, but there's another reason. The Magenta Pink carrier wants to not only sell brand phones but also become another Android OEM.

Think about it: T-Mobile's new GoTo line offers its own GoTo brand of accessories. T-Mobile has its own REVVL smartphone brand (since 2017). Two new REVVL phones from 2019 follow the 2017 model. The carrier wants to branch out in services and products so as to make some extra profit. A new T-Mobile video app on the new 2019 REVVL series shows Magenta's desire to not only offer hardware but software as well. Hardware and software comprise the total package for a mobile device. This is the work of Android OEMs, not merely a carrier.

Of course, customers won't think of T-Mobile as an Android OEM, but that's what makes T-Mobile's strategy so masterful.