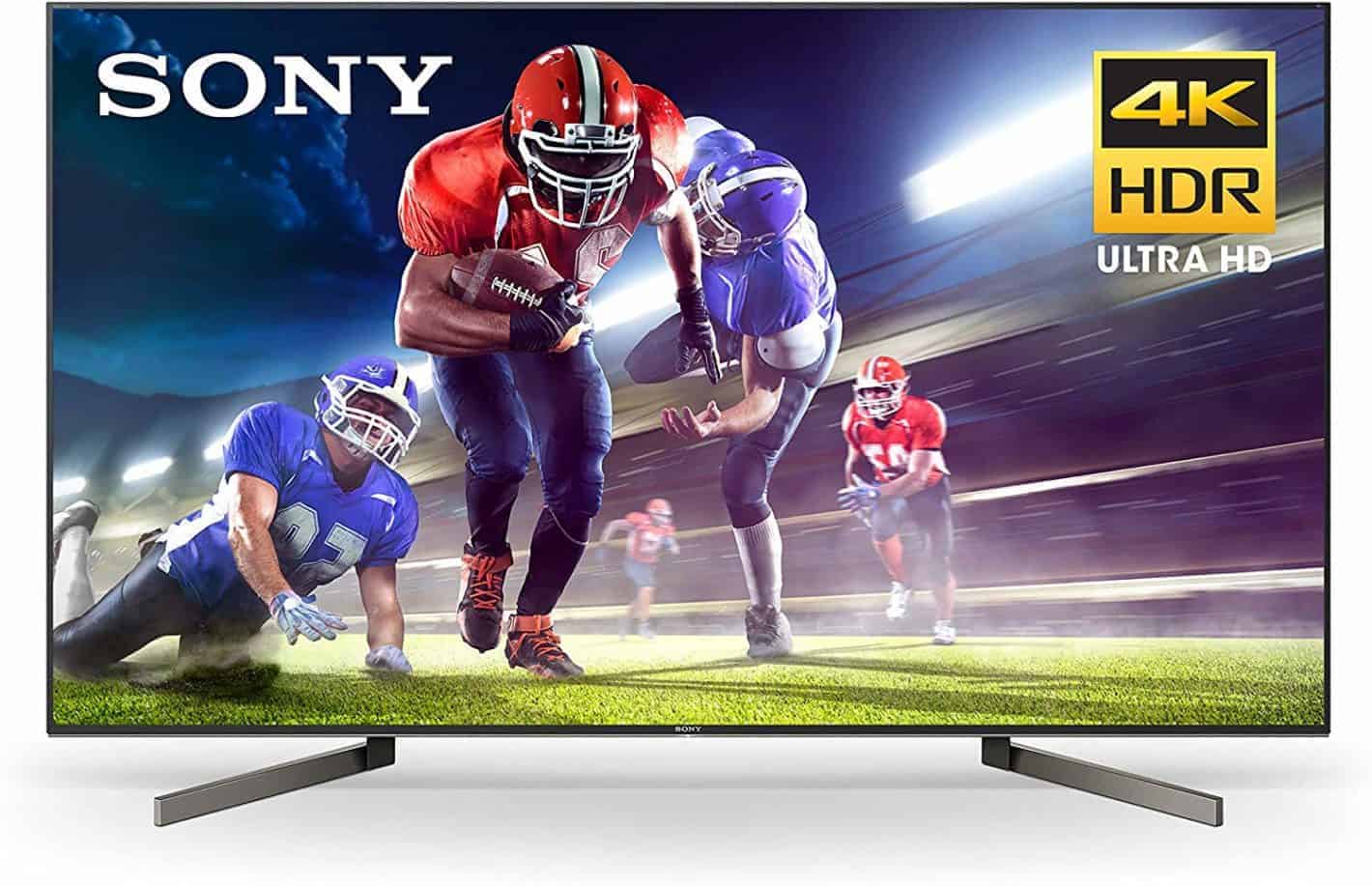 Amazon has already started discounting many TVs ahead of the Super Bowl LIV, and that includes Sony. Which has the XBR-900F 55-inch model available for just $898 right now. That's $200 off of its regular price, and also brings it a few dollars below its Black Friday price.

Super Bowl sales are actually the best time to get a TV. They typically drop even lower than on Black Friday. Where Black Friday is really good for those doorbuster TVs that retailers won't even tell you the name of. So if you're wanting a new TV, now is the time.

The Sony 900F is the 2019 model, but it is a really good model. This is one of Sony's more high-end TVs in the LCD lineup. It sports a 55-inch 4K display, giving you a really good looking picture. With the X1 Extreme Processor inside, you're going to get some really incredible picture quality, you might even forget that this is an LCD TV.

Sony has included Bluetooth here for connecting soundbars, which is pretty nice to have. Though a wired connection is still going to be better for most people.

Now inside, this is running Android TV. That's a really great thing. As instead of having to deal with some proprietary software that you likely will be confused by, and will be missing apps. You get Android in your TV. There are hundreds of apps available on Android TV right now. Including Netflix, Hulu, Google Play Movies & TV, YouTube, Sling TV, Amazon Prime Video and so much more.

And this is all available without having to get another set-top box for your TV. Making it a really convenient experience.

You can pick up the 55-inch Sony 900F 4K Android TV from Amazon today for Super Bowl LIV by clicking here. This TV is not going to be around for long though, so you'll want to grab it before it's gone.