Sony is preparing to launch new smartphones at MWC 2020, including its new flagship. Sony’s new flagship will include a really powerful camera setup, if a new report is to be believed.

The device was referred to as the Xperia 5 Plus in the past, but this new report mentions the ‘Xperia 1.1’. Those two are basically the same phone, if the provided info is to be believed. The new flagship may actually be called the Xperia 1.1, instead of the Xperia 5 Plus.

That actually makes more sense, as last year’s flagship was the Xperia 1. In any case, this new report, which surfaced in Japan, details the phone's rear camera setup.

Sony’s upcoming flagship will include a powerful penta camera setup

This handset will include five cameras on the back, and the camera module design already leaked a while back. We’ll talk more about that a bit later.

According to AndroidNext, the Xperia 1.1 will sport two 12-megapixel cameras, a 64-megapixel module, a periscope camera of some kind, and 2-megapixel ToF camera.

A periscope camera will also be included

The remaining sensor, next to the periscope camera, is reserved for a 2-megapixel ToF (Time-of-Flight) camera, if the provided report is to be believed.

Now, AndroidNext used one of OnLeaks’ renders in order to share these details, confirming that those renders were was accurate, in a way. OnLeaks partnered up with Slashleaks earlier this month in order to reveal the design of the Xperia 5 Plus / Xperia 1.1.

One of those renders, which you can check out above this article, shows a phone made out of metal and glass. The device includes really thin bezels, and no display holes or notches. It has some bezel above and below the display, but not much. Many people will accept that tradeoff, so that they don’t have to deal with display holes / notches.

The phone’s rear cameras will be vertically aligned, at least most of them. The periscope and ToF units will be included side-by-side (horizontally) in that vertical alignment. Sony is hosting its press conference on February 24, and that is when this flagship is expected to arrive. 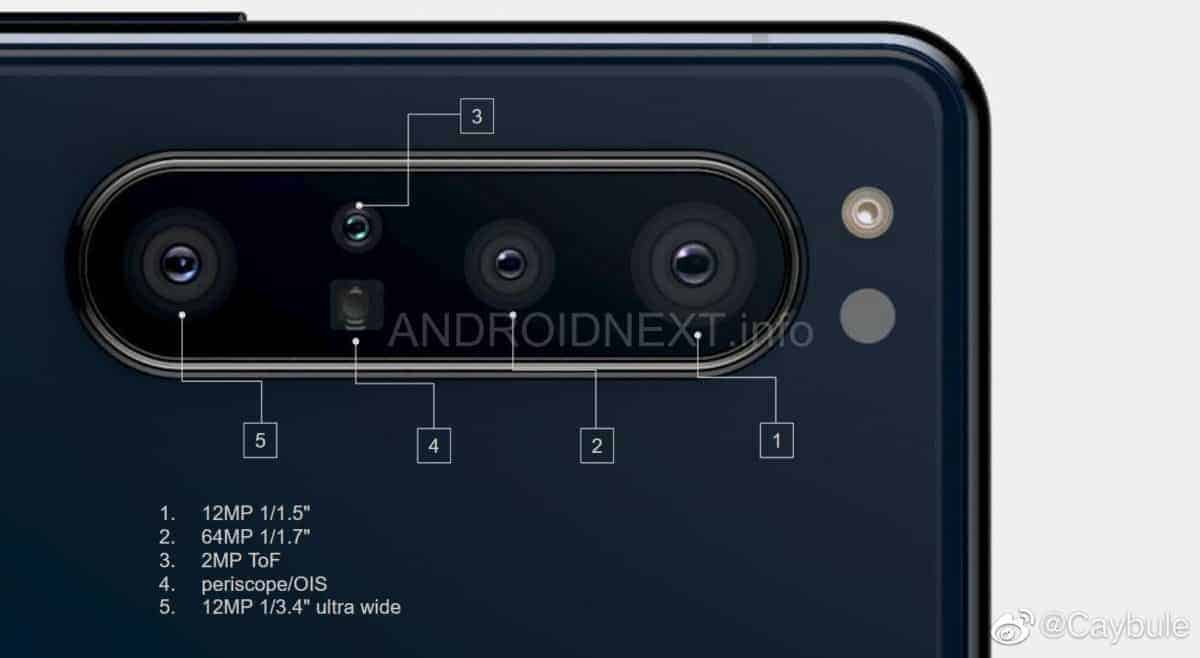