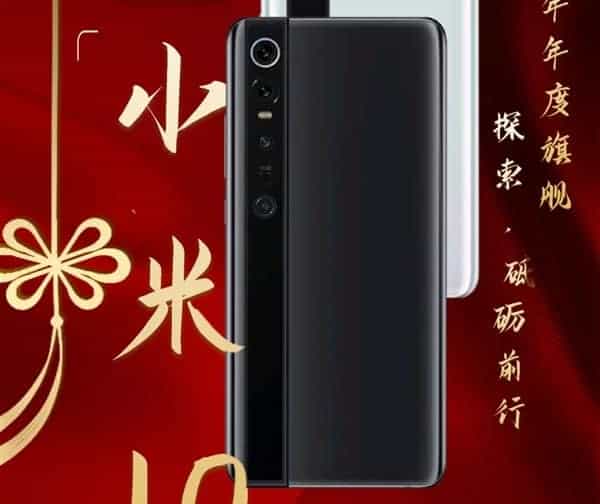 The Xiaomi Mi 10 series could launch on February 11, according to a leaked launch poster. Do note that this image surfaced on Weibo, and it could be fake.

A recent report suggested that the Mi 10 series will launch on February 11. That is the same day Samsung will announce its Galaxy S20 series of devices. Xiaomi is allegedly planning to do it before the Galaxy S20 drops, though.

The leaked Xiaomi Mi 10 launch poster is quite sketchy, but… who knows

Well, this poster suggests that very same date, but it looks quite sketchy. Xiaomi's logo is placed in the top-right corner, so the source is trying to suggest this is an official poster that leaked.

Now, the Xiaomi Mi 10 launch poster not only mentions the release date for the phone, but also shows the Mi 10's back side. This is where things get a bit weird, as this design is considerably different to what we've seen thus far.

The alleged Xiaomi Mi 10 surfaced a couple of days ago with four cameras on the back. Those cameras were vertically-aligned, and all a part of the same camera module, which looks rather normal.

Well, the phone that is shown in this poster actually picks some design cues from the Mi MIX Alpha. The Mi MIX Alpha, for those of you who do not know, is Xiaomi's concept smartphone that got revealed last year.

This camera stip includes four cameras as well, though. In addition to that, an LED flash is also included here, and the laser autofocus as well.

The back side of this phone is curved, similar to the device that surfaced recently. This is a rather standard look for glass-made phones these days, nothing out of the ordinary.

Both black and white Mi 10 variants are shown here

As you can see, both the black and white variants of the Mi 10 are shown in this poster. It is also shown that the volume up, volume down, and power / lock keys sit on the right-hand side of the alleged Mi 10.

Xiaomi is expected to release two Xiaomi Mi 10 variants, the regular Mi 10, and the Mi 10 Pro. The company still did not confirm when will the two devices arrive, but it's possible we're looking at a February 11 release date. 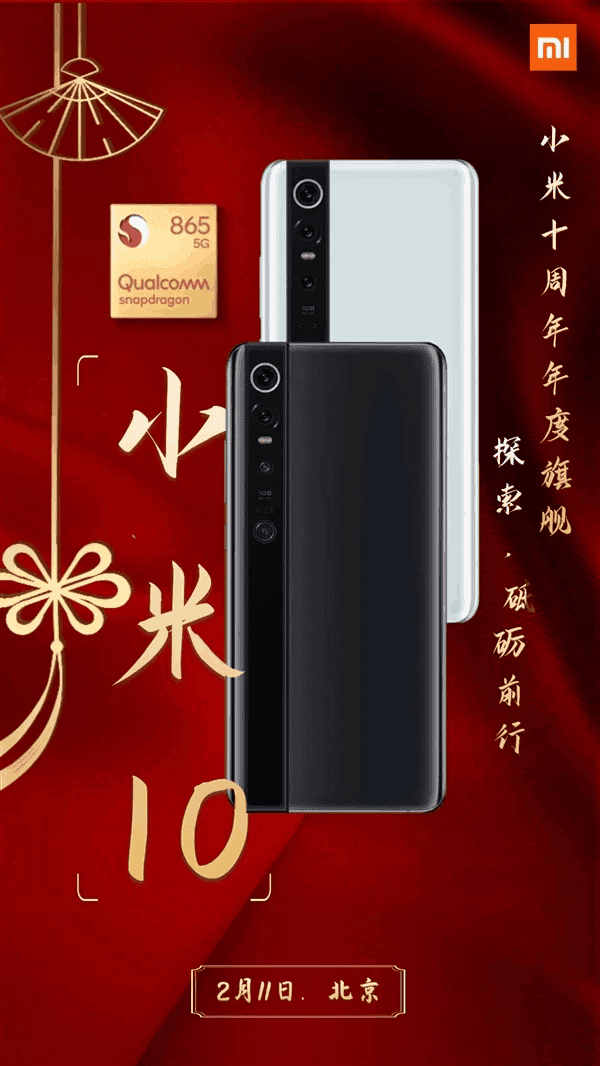