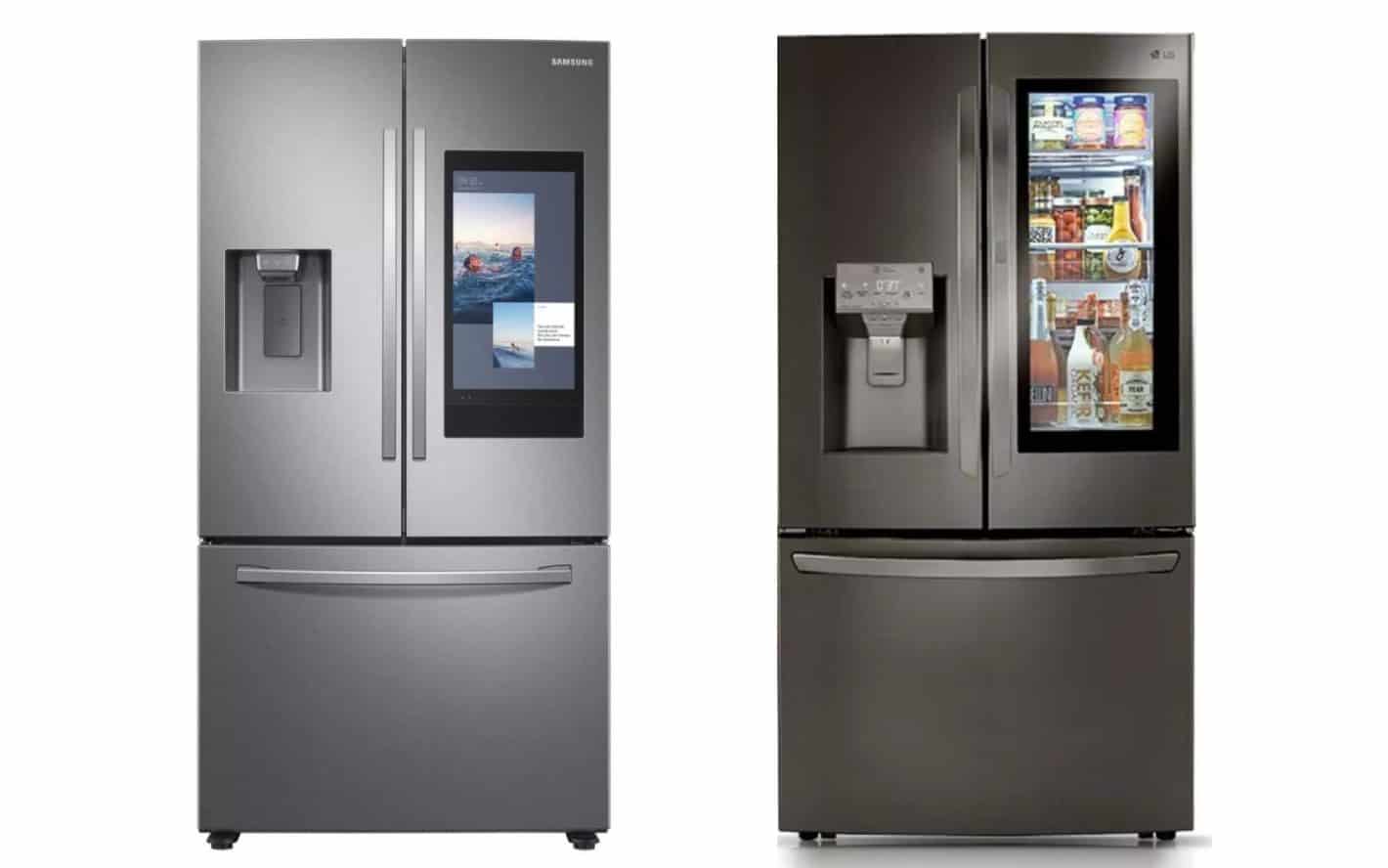 LG and Samsung are each set to take the wraps off of two new AI-powered smart fridges at CES 2020. Both company's products are reportedly all about helping users keep tabs on what's inside. Both will help users with recipes and inventory tracking as well as entertainment. But each of the companies is taking a slightly different approach this year with their refinements, albeit toward the same goal.

Each of the fridges from Samsung and LG is equipped with a screen and Wi-Fi networking. That means that both can show videos for cooking or entertainment. Both still have apps to make using the fridge easier than traditional appliances. But LG is once again returning with its own approach to helping users see what's inside to stand apart from its rival.

LG will have two models, each branded as an InstaView fridge, to rival Samsung's fridges at CES 2020. The first is the LG InstaView with Craft Ice, acting effectively as a relaunch of last year's smart fridge from the company. The fridge's primary feature is its ice-making capability.

Rather than producing chunks or chipped ice, InstaView with Craft Ice produces spheres of ice. Those measure two-inches in diameter and melt more slowly, LG says. That means that drinks become watered down more slowly and stay cold for longer.

Since that particular model was already rolled out in the US as of last year, LG's big news on that front is availability. No exact markets have been specified but the company says 2020 is the year Craft Ice becomes available much more widely.

The second refrigerator from LG is a second-generation of its LG InstaView ThinQ design. The fridge takes things up a notch by keeping the 22-inch portrait-oriented display panel at the front, just like its counterpart.

That can go transparent as needed to allow users to see inside. But now the fridge will also track the food items users place inside. That includes in the Door-in-Door storage spots and in the crisper drawers. Based on what's been put inside, LG says its new fridges will offer up a real-time inventory, alerts when items run low, and meal suggestions.

That's in addition to features and an app that will alert users about abnormalities. For instance, if there are any unusual increases in temperature or if the water filter needs to be replaced.

The primary differences between LG's new fridges and Samsung's upcoming Family Hub branded models comes down to ice-making and how users are kept apprised of what's inside. Samsung's approach relies more heavily on the cameras to show homeowners what's inside their refrigerator.

That means the AI-powered machine vision devices in Samsung's fridges are also pulling double duty. That's because they also use machine learning to track ingredients and provide alerts and recommendations.

Samsung is keeping its fridges' Bixby support, SmartThings integration, and AKG speakers. Instead of focusing on ice spheres, the company is focusing on integrating its other gadgets. That's not surprising since that's the direction the company planned to take as far back as early 2019. Now, the device will integrate completely with Samsung TVs and phones, allowing users to also mirror those devices to their fridge.

Neither LG or Samsung has provided pricing details for their respective fridges, launching at CES 2020. LG Electronics has arguably been coyer about providing that information, alluding only to the year 2020.

Samsung notes that it expects to ship its fridges beginning in the Spring.